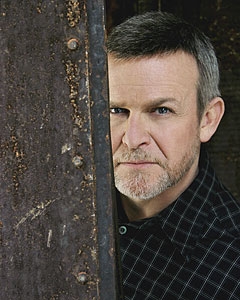 Unfortunately, Soaps.com has just heard that the Jerry Herman medley will be dropped from the show. We’re told that Ron was sad to hear of this turn of events, and so are we.

If you haven’t been able to catch Guiding Light‘s Ron Raines (Alan Spaulding) in any of his recent performances, don’t worry, you’ll be able to see the accomplished actor and singer performing live on your television next month. He will be appearing at the 63rd Annual Tony Awards in New York City.

Ron will be performing in a special medley tribute to 77 year old composer and lyricist Jerry Herman. This year, Herman will be receiving a Lifetime Achievement Award. His contributions to Broadway include hits like “Mame,” “La Cage aux Folles” and “Hello, Dolly!” The theater community will be gathering at Radio City Music Hall to honor Herman and the other stars of Broadway past and present during the annual ceremony.

The Tony Awards will air on Sunday, June 7 on CBS. Please check your local listings for details.