When I talked to Bruno and Bogue last month, I guess this is what they hinted at when they were talking about the darker sides of their character's coming out. Marina, for anyone who doesn't recall, used to be a little hell raiser and it was fun. Although I've never been a fan of the Marina and Mallet coupling, I've always been intrigued by the possibilities that they have together, as well as on their own. There's also ample uncomfortable history behind them, like the fact that he was once coupled with her aunt, whose house they now live in. Unfortunately, more often than not, they've had a history of being the most sloppily written characters on the show. Considering the fact that Danny is returning, making it two of her exes back in town, I'm hoping that her less than spotless past will come to the fore some more. Right now it looks like she and Shayne could end up battling over the child whenever Dinah ends up telling him the truth, or he accidentally discovers it. I only hope that they don't end up turning this into one of those after school special moments that they often seem so fond of.

Meanwhile, Natalia and Olivia were... I'm not sure what to say, cute? Olivia tried to keep a little distance. Nat wouldn't let her. Frank almost caught them together, but not quite. The two women shared some important symbolic actions, like going to church together and having dinner. They've managed to imbue hand-holding with romantic intensity, something rarely seen on TV outside of children's shows and period pieces on "Masterpiece Theatre." I don't mean that in a patronizing way; I think it's fascinating and it's far from easy to pull off. If you've been watching Olivia over the years, seeing her like this is a little surreal, but that's not always a bad thing. Sometimes it's the best way to keep things fresh.

Remy and Christina were nice. She lost a job. He tried to help her get work. She figured out after holding a baby that she wants to open a daycare. They smiled a lot. Also smiling a lot last week: Billy and Blake. They got to clown around to keep Reva distracted from all of the pain and suffering. Shayne convinced his father to put his collar back on and christen her child. Josh had a brief moment of self-questioning before he went ahead with it. And Bill and Lizzie finally made it out of Springfield. They went to New York but she'd already done everything he could come up with so he stumbled onto another idea. He decided to take her down to Florida to give her the childhood she never had. Then they can be adults together... I guess. Does this mean that they will change, or will they remain in the kind of artificial adolescent mentality they've been stationed in for so long? 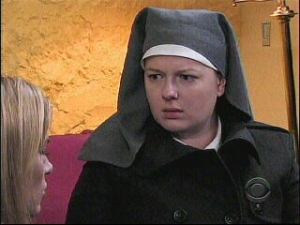 Blogging from the Beacon.

It was a bit of a lopsided week last week. Most of the action focused on Shayne and Dinah going to Bosnia, or Marina battling for her baby. The two stories, which have been overlapping all along, finally met up with the week’s big reveal: Baby Henry is actually the child of Shayne and his deceased lover Lara. Of course, he has no idea. This was all revealed to Dinah by a nun who had been following her around the Bosnian countryside. Dinah continues to play therapist to Shayne. Since she’s been to the edge and back enough times, I guess she’s qualified. She took him out for some dance therapy. Edmund escaped from Roc and stalked them. When they got to Bosnia, Shayne wept at Lara’s grave and then he and Dinah made out on the hillside. Edmund is still sneaking around. He was wonderfully unhinged.

Another of the more intriguing developments of the week was Marina discovering a new strain of desperation. Fearing that her illegally adopted child might be taken away from her, she stole some drugs from the police evidence locker and planted them on the woman investigating the adoption. She then threatened to arrest her if she didn’t make the case go away. The agent did. The Coopers celebrated. As Marina admitted, she’s not the best cop, but she is determined to be a good parent. In Springfield, that usually means making other people suffer. 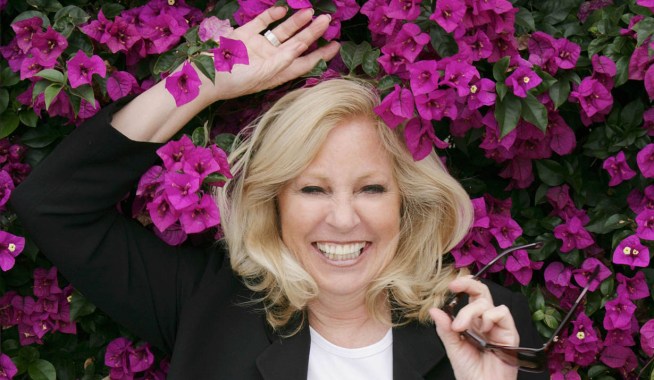