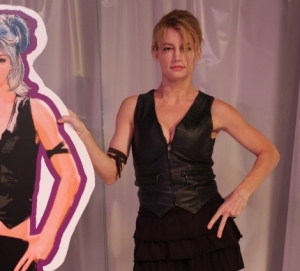 She was one of Guiding Light‘s most fascinating and memorable villains for years and now, Daytime Emmy winner Cynthia Watros (Annie Dutton), is back playing on the dark side in a new play. She has a major role in the world premiere of the dark comedy, “The Caterer.” Starring former “Star Trek: The Next Generation” actor LeVar Burton, the play examines the most intimate and universal of human experiences – death. More particularly, it examines the idea of ‘appropriate death’.

This play has been the longtime passion of its writer and director Brian Alan Lane. It was inspired by an automobile accident he suffered which killed his mother, brother and best friend. A year after the ordeal, he wrote a script about a man who sold you your “appropriate death.” James Hiroyuki Liao, Rachel Kanouse, Alejandra Jordan, Burnadean Jones and Angelle Brooks are also featured in the production which Lane, a professor at the Department of Film and Electronic Arts at California State University, Long Beach (CSULB), has used to create opportunities for students and recent graduates.

“Whether you love ‘The Caterer’ or hate it, whether you think it too true or too ridiculous, whether you are afraid of it or embrace it, there is something chilling each of you will find: whatever this story is, it is all about you and no one else,” Lane says. 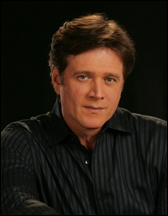 Guiding Light's Bruno and Bogue on The Early Show 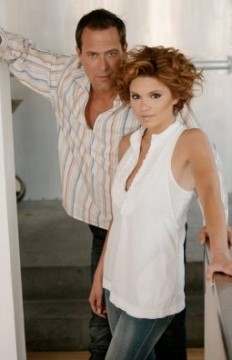