But the tension continued for one of Springfield's other romantic pairings. Olivia held an engagement party for Natalia. They forced themselves through it, tense and awkward the entire time. Frank was still oblivious and Buzz looked even more lost now that he's back in town than he did when he was on the road. When Natalia and Olivia were finally left alone, they sat on the porch. Olivia just wants Nat to be happy, she says, but the whole thing felt more like a wake than a celebration. She went to see a nun earlier in the week so that she could get some spiritual advice. It was an odd scene, played slightly comically. It's unclear whether this was an attempt to reach out to the religious sentiments of some of the audience or to add further complexity to Olivia's emotional frame of mind. In either event, if you are going to go that far to include the theological dimension, I only hope they can be more nuanced than offering statements like, "God is love. And so are relationships."

Other couplings were a little happier. Remy and Christina actually made out this week, but it was short lived. After they were caught joking about their fake marriage, Johns Hopkins took away her scholarship and she blamed Remy. Meanwhile, Marina tried to run Company with a baby in her arms. Josh ended up making his own breakfast.

Daisy continues to evolve into Little Reva. She tried to get a drink from her grandmother. Reva put the kibosh on it but offered to teach her how to dance on tables when she's a little older. Daisy went out and got drunk in a bar anyway. Phillip had to bring her home. Then she moped around. Buzz sent Christina over to befriend her and they moped together about men. Anyway, why is this interesting? It probably isn't to a lot of people, but to me it's always been fascinating to watch how they replay and offset character and show history this way. Daisy is the Reva of her generation, sharing in her grandmother's moodiness, selfishness, self-righteousness, irrational romanticism and paranoia. She's more innocent, partly because of age and partly because she's had less psychotic breakdowns, slept with less men, consumed fewer pills and booze, had no children to neglect and tried to kill fewer people. But people don't seem to react to the characters the same way, essentially because Daisy is Reva stripped of nostalgia and hype, in addition to actually being a coherently written character.

Thoughts on the Week of March 30-April 3.

Last week’s episodes were overshadowed by the announcement that the show would end its run on CBS this September. Whether that will spell the completion of the series or not still isn’t entirely clear. But on the show, at least, miraculous things happen. Jeffrey and post-menopausal, cancer laden Reva had their baby. Before she could have her scheduled c-section, she went into labor and Edmund had to take her to Cedars. Josh and Jeffrey were delayed thanks to being pulled over for speeding. The labor went ahead quickly and the Lewis men all filed by to see the baby and then left the parents alone. Reva was reluctant to part with the child and return to radiation but, in the end, she did and they named the baby Colin. In spite of the outlandish nature of this plot, everyone walked through it as they would any other baby/disease story. If anything, it was more sedate and less maudlin than these stories often wind up being. It’s good to go for quiet realism when what you’re dealing with what couldn’t be further from it.

Meanwhile, another outlandish plot quickly burst. Since no one in Springfield was willing to be a vigilante and go after Dinah, or press charges along the legal route, she ended up punishing herself. She sued herself for all of the emotional suffering she’s caused to the town. The judge found the entire thing ridiculous, Doris offered an appropriately sardonic shrug and the matter was wrapped up with a plug for “The Price is Right.” It was silly and amusing, though I would have enjoyed seeing more of Dinah and Doris questioning each other and showcasing the impeccable comic timing both actresses are capable of. With that out of the way, Dinah felt cleansed enough to go after Shayne. He finally discovered that Lara was pregnant. He blamed himself again and got suicidal once more, only to be saved by Dinah. They finally broke the sexual tension and went to bed after a delicately played scene. 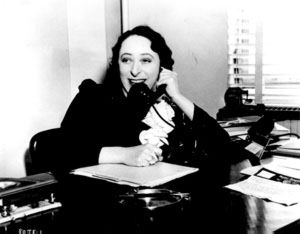 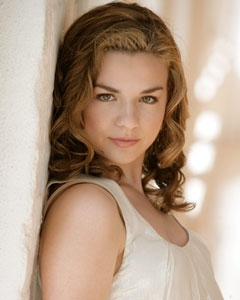