The worst nightmare of many fans has finally come true. Following years of declining ratings and a stream of rumors, the original and longest running soap opera in history, Guiding Light has been canceled.

Although rumors of cancellation have been regular for more than a decade, this year many insiders expected things that the prophecies of doom might turn out to be true. Many of us have been nervously waiting for this month, when the final decision was expected to be reached. The decision finally came down that CBS will not be renewing it for the 2009/2010 broadcast season. The series will conclude it’s final season on CBS this September. The final episode will air on September 18. This will be the end of its 57 year run on the Network. In that time, it has proven to be one of the most innovative and daring soaps on Daytime.

Executive Producer Ellen Wheeler issued this statement: “Being on the air for more than seven decades is truly remarkable, and it will be difficult for all of us at the show to say goodbye. I’m proud of everything we’ve been able to do, including outstanding storytelling, our community service around the country with Find Your Light and the launch of our new production model. This show has such a rich history, wonderful fans, and I’m honored to have been a part of the GL legacy.”

Barbara Bloom, Senior Vice President, Daytime Programs for CBS, issued this statement: “No show in daytime or prime time, or anytime, has touched so many millions of viewers across so many years as Guiding Light. We thank the cast, crew and producers – past and present – who delivered this entertainment institution, the beloved characters and the time-honored stories to our audience every day for seven decades. It’s been a privilege to work with such an extraordinarily talented group of people.”

It’s still not entirely clear if this means that the series will vanish. Procter and Gamble could continue producing the show for another network, as was done with Passions when it moved from NBC to DirecTV, or if they can re-invent it for online consumption. Brian T. Cahill, Senior Vice President and Managing Director, TeleNext Media, Inc. (the owners of the show) stated that, “We are honored to have been welcomed into the homes of multiple generations of Guiding Light viewers. We are working hard to find the show a new home, and we are exploring all our options to continue to bring loyal fans the characters and stories they love.”

Soaps.com will keep you informed of more details as they become available. We’re all profoundly saddened by this news. 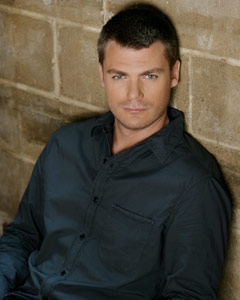 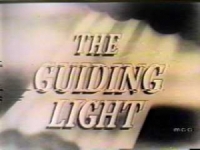