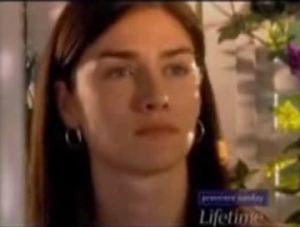 It looks like the character of Lara Fasano will soon be more than just a memory and a photograph. Shayne’s tragically dead ex-lover will be getting some airtime next week. On Friday February 6, Kim Allen will be appearing in the role. She will be acting in flashbacks with her on-screen father Edmund (David Andrew MacDonald) and shedding some light on their brief and vague relationship.

27 year old actress Kim Allen is no stranger to television. She already spent a year as a series regular on the Lifetime series “Army Wives” (2007-2008) and appeared in a guest spot on “Lipstick Jungle.” Like many Guiding Light actors, she’s already shot an episode for the “Law & Order” franchise as well, appearing on “Criminal Intent” last year. In an amusing side note, she was born and raised in Springfield, though the one in Massachusetts not Illinois.

Soaps.com welcomes her to the cast and looks forward to seeing her during her brief stay.

Guiding Light Will Not Air in Some...