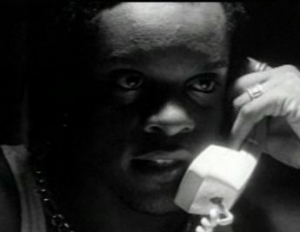 Fans of Guiding Light will remember Kevin Mambo as the dynamic and intense actor who played Marcus Williams for three years and picked up two Daytime Emmys for his powerful performance. (You can read more about him here). Fans of the actor’s work will be able to catch him on stage when he appears in the Manhattan Theatre Club’s production of Obie-winner Lynn Nottage’s new play, “Ruined.” Based on the interviews which Nottage and director Kate Whoriskey conducted in Uganda, the play is set in the war-torn Democratic Republic of Congo. It follows a businesswoman who sets up a shelter for women, only to double it as a canteen where she sells the women to men. The story examines to what degree she helps or exploits those that she takes in. Nottage says she sought to write the play “to find optimism where there is seemingly none, to mine the ugliness for seeds of beauty.”

Joining Mambo in the cast is Quincy Tyler Bernstine, Cherise Boothe, Chris Chalk, William Jackson Harper, Chiké Johnson, Russell Gebert Jones, Tom Mardirosian, Ron McBee and Condola Rashad. This production is being given in association with the Goodman Theatre in Chicago, where it earned critical accolades and ran successfully until last fall. The premiere was on Jan. 21 at New York City Center Stage I.

For more information on this production, or to purchase tickets, please visit the theater’s official website.