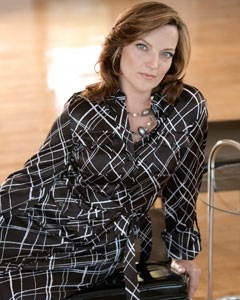 If you’ve admired Orlagh Cassidy’s work as scheming DA turned mayor Doris Wolfe, you’ll want to check her out when she hits the stage this month. The veteran performer will be returning to her roots in theater to perform in the latest offering from the Irish Repertory Theatre. She will be starring in their new production of famed playwright Brian Friel’s “The Aristocrats.” The play chronicles the decline of a once aristocratic family, contrasting memories of their heyday with the forces of social change that have led to its disappearance. The acclaimed work blends lyrical memory with a dark skepticism to cast a fascinating spell on the audience.

In addition to Guiding Light‘s Cassidy, the play will also feature Rufus Collins, Sean Gormley, Lynn Hawley, John Keating, Laura Odeh, Ciarán O’Reilly, and Geddeth Smith under the direction of the award-winning Charlotte Morris. Performances will begin with previews on Friday, January 16, 2009 and the official opening will occur on Sunday, January 25, 2009. This production will run until March 8, 2009.

For additional information, or to order tickets, please visit the theater’s official site.

Soaps.com wishes Orlagh every success with this project and hope that anyone lucky enough to catch a performance will come back to tell us all about it!