There were also a few moments that were real throwaway bits that came out of nowhere, like Mr. Clean coming to visit Buzz. It seemed out of place; of course, it couldn't not be out of place, but the way it was done left something to be desired. It doesn't bother me that they bring an advertising mascot in for a brief, hallucinatory, moment, and putting him with Buzz should have caused more humor than it did. Plus, it was placed at a really awkward moment in the whole Beth-Coop thing. More humor did come this week though and it's starting to come from a new place. Olivia has a little more energy lately and she's using it all to be as sardonic as possible. Having her and Natalia become roommates creates the classic odd couple situation and, for fans of Olivia's more cynical and grumpy side, this should provide plenty of chances to hear her ring out the one liners.

A few people may have been scratching their heads when it came to Doris this week. Putting Grady in her employ, knowing what a schemer he is, is vintage Doris, but what happened after that was really odd. Doris told Ashlee a story about the man who might have been her father and how much Grady reminds her of this man. Since I adore Doris, it was nice to see her get air time, but I'm confused about what the purpose of her anecdote was. Was she simply explaining her actions, or could this be hinting at some future development? In old fashioned fiction, the latter would be the case. At this point, I'm not sure it was more than just an anecdote that won't go anywhere. 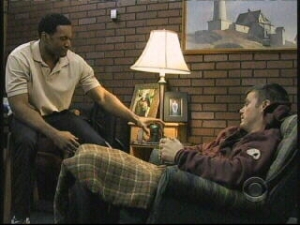 Over the past few weeks, Guiding Light has managed to become far more consistent, something which has rarely been its strong point of late. By consistent, I guess I should explain that I mean it has become more emotionally consistent across the board and more focused as far as dealing with the plots.

Shayne’s return has sparked a new range of emotions with a few people. Although he sometimes comes across as the prototypical angry young man at the moment, I’m told that this aspect of the character won’t last. Jeff Branson is doing a fine job in the role. He’s subtle and nuanced and he understands how holding back can often be more powerful than being explosive. He manages to have enormous energy and doesn’t hit false notes. He’s also been good in all of the combinations he’s been acting in. He and Kim Zimmer already manage to exude a sense of history even if the actors have no previous onscreen past. He’s entirely convincing as Robert Newman’s son and he and Gina Tognoni share a wonderful chemistry together, balancing each other in ways that give enticing shading to each character. They’re both complex and emotionally tortured characters and that has great potential, though maybe not in the long run.

There was a more established coupling that impressed me this past week: Lizzie and Bill. I’ll admit that I’ve never been the biggest fan of this couple because I find that they often seem forced. He was often too arrogant and she was usually too needy. But this past week, something in them changed and the chemistry in the relationship was new. He was more vulnerable, she was more tortured by doubt. I think those were both things that I found lacking in them previously and this shift made a big difference for me and let me care about them more.

We also saw the return of a recently departed lover. Ava came back and, though her stay is brief, she is shaking things up a bit for Remy. Their visit was awkward and difficult, which is what it should have been. It’s unfortunate that they are going to make short shrift of this because I never felt that their relationship was explored enough the first time around.

There’s also another relationship I might say the same thing about — Beth and Coop. I’m trying to get into this plot line and I really wish it was being explored in more depth rather being treated in such a minor way. Both Beth and Coop have been seriously underused and having them cuckold Alan should be soap gold, but so far, it hasn’t come out that way. Maybe when they come out of the shadows about it… There are already glimpses of twisted passion there, even if only Buzz has been able to jump off the handle about it so far. 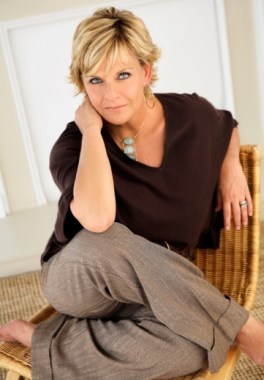 Guiding Light Video Promo Clip: How Far Will They Go?