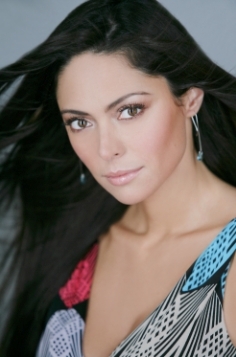 Although she certainly has the role of Springfield’s most saintly mother nailed down perfectly, Jessica Leccia (Natalia Rivera Aitoro) has led a far more eclectic acting career than one might guess. Outside of her stint on GL, she’s appeared on the short lived sitcom Love Monkey as a detective, played a groupie in the comedy feature On the One and portrayed Mary Magdalene on Rescue Me.

The film originally debuted at the Montreal International Film Festival in 2006 and won the Best Film Award at the Broad Film Festival, however, it didn’t get a distribution deal until recently. Now, Lifesize Entertainment has made the film available on DVD for the general public this month. It can currently be purchased online. For more information, please visit the film’s official website.