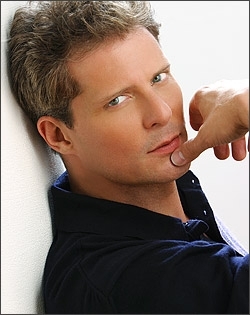 Former Edmund Winslow, and frequent fan favorite, David Andrew MacDonald will be making another of his much anticipated stage appearances at the end of this month. The actor has been busy rehearsing for a new production of Shakespeare’s A Midsummer Night’s Dream. MacDonald will be playing the role of Oberon alongside a cast made of local theater veterans and students from the Hartt School. The play follows four potential romantic partners as they couple, uncouple and stumble through the convolutions of a series of hilarious subplots thanks to the whims and magic of the fairy kingdom they’ve inadvertently stumbled by. This production of the classic work will be set in 1958 Athens, Ohio.

Performances will commence on August the 28th with the show officially opening on September the 5th. Performances will continue through until October the 5th. Tickets for the show are available by calling 1-860-527-5151. For more information, please visit the theater’s official website. The Hartford Stage is located at 50 Church Street in downtown Hartford, Connecticut.