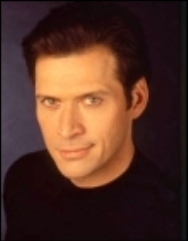 A familiar face will soon be finding its way to Guiding Light. Daytime vet Michael Sabatino will be re-joining the show next month. The accomplished actor will be returning to the role of Vince Russo, a part that he has played on and off since 2000. For those who don’t recall, Vince is a lawyer of dubious ethics who was a frequent guest in Springfield back in the mob heavy days. He’ll be brought back to town this time by a call from Olivia. She’ll be hiring him on to look after Rafe’s case.

Apart from his role on GL, and his marriage to Crystal Chappell (Olivia Spencer), Sabatino is best known for his roles on a string of other soaps. He was Chip Roberts on primetime sudser Knots Landing (1982-1983) and co-starred with Chappell as the villainous Lawrence Alamain on Days of Our Lives (1990-1993). He’s also been Anthony Armando on The Bold and the Beautiful “(1993-1995), Dr. Jonathan Kinder on All My Children (1995-1996), Phillip Vargas on Sunset Beach (1998) and made his mark on the recently demised Passions as the notoriously scummy tabloid publisher J.T. Cornell (2006). The native of Venice California and former champion pole vaulter is famous for his intense performances, often moving easily between the comedic and menacing.

The first episodes featuring Sabatino were shot in July and the character will be seen beginning on August the 27th and then again beginning on September the 22nd. Welcome back Michael!