Josh arrives at Company and surprises Shane, Billy and Bill, who are all having lunch together. The Lewis men all have a group hug, and then Billy launches in to ribbing Josh about leaving the rest of them behind to go on a love jaunt. Josh tells Shane that he and Reva can’t wait to meet their new granddaughter. Billy pulls Josh aside and tells him he has some concerns to share with him, but wants to discuss it all with him in private later. Josh agrees and privately worries what all has been happening while he has been away.

Danny returns home to find Michelle helping Robbie and Hope with their homework. The two make small talk about his day at work. He sees an envelope on the bar that says, "Reardon." Danny announces that it is bedtime and sends the kids away so he can talk to Michelle privately. "Why in the world would you leave something like this laying around in plain view," asks a pensive Danny. Michelle wants to tell Rick the truth, but Danny believes it is too risky. He doubts Rick could keep such a secret from his wife, Mindy, let alone anyone else. Michelle points out that the truth is eventually going to come out, especially since Blake has been snooping around.

Dinah and Mallet share a croissant at a French café in Paris. Mallet wonders where in Europe she would like to bounce to next. As Dinah is mulling over their next destination, she becomes distracted by some familiar faces. "It can’t be," she says as her jaw drops. Mallet looks around but doesn’t see anything. He asks what she sees. "I don’t even know how this is possible, but I know for a fact that I see Roger Thorpe and Maureen Bauer at that table together!" she exclaims. Mallet laughs, "Roger, as in the old dude you used to hook up with?" He stops laughing when he realizes she is serious.

What do think Maureen and Roger are doing together? Take a moment to vote in our Guiding Light poll.

Do you miss the other characters in Springfield? What do think Maureen and Roger are doing together? Take a moment to vote in our poll.

Do you miss the other characters in Springfield? Take a look at our first fan fiction story featuring some other beloved characters. 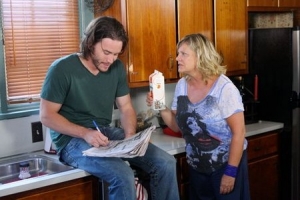 Welcome back to “ATWT” fan fiction, where we are writing stories about the characters we miss from Springfield. We hope you enjoy us bringing these beloved characters back to life. Please feel free to read our last ATWT fan fiction story before reading on.

Jeffrey hides unknown in a closet in the estate that he tracked Edmund to in San Cristobel. He wonders if it was Tammy he saw, or some trick that Edmund is trying to pull. Jeffrey knows he has to get inside the room to see for himself. He waits in the dark until he hears Edmund and the nurse leave. Jeffrey quietly walks into the room where he saw Tammy sleeping. As he approaches her bedside, the young woman sleeping appears to be Tammy, at least in looks. Her eyes begin to flutter and before he can escape, her eyes open and look directly at him. “Tammy,” is all he can muster up to say. Tammy smiles and says, “Richard.” Jeffrey gets closer and takes her hand. “Are you here to rescue me,” a groggy Tammy asks. He smiles and confirms he is, but asks her to keep it a secret from Edmund. Tammy promises she will and can’t wait to get back home to Springfield to see her family. Jeffrey tells her Jonathan will be overjoyed beyond belief to see her. Tammy wonders who Jonathan is, and Jeffrey knows he must act quickly and get Tammy proper medical treatment. He doesn’t want to give up his cover and sends Jonathan a text for help.

As Jonathan is wrapping up lunch with Sarah, he is pleasantly surprised when a familiar voice booms through the door. “I’m back!” announces Reva. Jonathan laughs as his mom saunters into the kitchen at Cross Creek. Reva wants all the details of everything going on in Springfield. Jonathan doesn’t have any news to share and informs her it has been business as usual. “Good thing I came back to liven things up,” Reva laughs. Reva fills her son and granddaughter in on all of the places she, Josh and Colin traveled to on their trip, complete with a visit to Marah. Jonathan is happy to hear that they intend on staying in Springfield for awhile. As Reva begins to question Jonathan about his love life, he becomes distracted with a text. He asks Reva if she can watch Sarah while he makes a phone call. Stepping outside, Jonathan calls Jeffrey and tells him he doesn’t have long to talk. 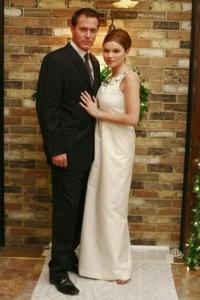 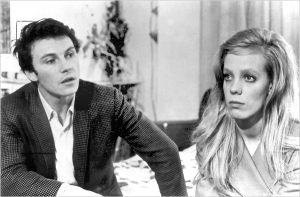