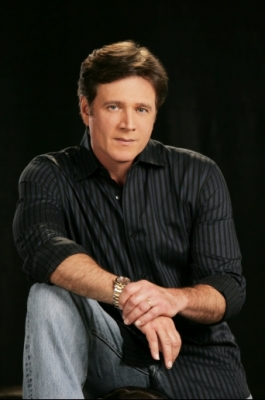 Fans can find many of the stars of Guding Light appearing this weekend in Brooklyn. Actors from the show will be turning up at Midwood High School for the annual charity softball game. The event is expected to include John Driscoll (Coop), EJ Bonilla (Rafe), Robert Bogue (Mallet), Nicole Forester (Cassie), Lawrence Saint-Victor (Remy) and Bonnie Dennison (Daisy). Come out and watch them flex their athletic skills for a good cause on Saturday, June the 7th at 11:30 AM.

Marcy Rylan (Lizzie Spaulding) will be appearing live on ABC’s The View, along with fellow CBS soap star Van Hansis, to announce this year’s Daytime Emmy Award nominations. Be sure to catch them on Wednesday, April the 30th at 11:00 AM to see if your picks have received a nod this year.

Fans of Marj Dusay (Alexandra Spaulding) will be able to catch her in person when she appears at The Apple Blossom Festival in the Shenendoah Valley in Winchester, Virginia. The event will begin on Friday May the 2nd and continue until Saturday night, concluding with a grand parade. Dusay will take on the rather illustrious role of Court Ambassador in the Queen’s Coronation for this year’s festivities and invites all of her fans to drop by and say hello. For additional information on the event, please visit its official website.

Frank Dicopoulos (Frank Cooper) will be making an appearance at the Reach to Recovery Breast Cancer Benefit on Sunday, April the 6th. He will be joined by fellow Guiding Light stars Kim Zimmer (Reva Shayne), Bradley Cole (Jeffrey O’Neill) and Robert Newman (Josh Lewis). The gala luncheon will also display a video which Frank shot earlier, featuring him interviewing 13 breast cancer survivors about their battles with the disease.

The event is being held at 550 Cherrington Parkway, in Coraopolis, PA. Tickets are $50.00 per person and include both lunch and entertainment. For tickets, please call 412-490-9808. Additional information about this event is available at www.breastcancerbenefit.org.

While many bemoan the lack of good use that actress Yvonna Kopacz-Wright (Mel Boudreau) has been put to on Guiding Light since she joined the cast in 2001, the actress has put the frequent lulls in her screen appearances to good use. You might have noticed her in a small role in last year’s Bruce Willis-Halle Berry thriller, Perfect Stranger, or in the part of Jacqueline Etienne in the TV movie Wifey. The actress has also recently completed work on another film. She played the role of Jennifer in My Father’s Will, written and directed Fred Manocherian. The film finished shooting in the late fall and tells the story of a successful businessman who agrees to his father’s dying wish to spend one month away from his status and money. It is scheduled for release some time this year.

Crystal Chappell (Olivia Spencer) will be holding a chat on her official website this week. Fans of the award-winning veteran actress will have a chance to offer up their questions on Wednesday, January the 30th at 9:00 PM EST. This link will take you there.

Whether you’re loving or hating what they’ve been doing to Springfield’s toughest dame lately, don’t miss a chance to talk to the always charming and thoughtful, Ms. Chappell. Of course, you can always just pop in to “eavesdrop” on the chat if you’re shy.

For those who can’t wait to get their Jammy fix this week, here is a little Pelphrey and Gatschet news. You can currently catch Tom Pelphrey in an episode of the internet only show, The Burg. He plays a fellow answering to the moniker of “Douchebag Dave” in a recent episode. If you’d like to check it out, please follow this link . As for Ms. Gatschet, she is reportedly completing work on a new film called Dirty Movie. The comedy purports to tell the story of some of the rather unsavory characters behind a rather unsavory film. Robert Bogue’s onetime OZ co-star Christopher Meloni, best known for his work on Law & Order: SVU is also involved in the production.

If you’ve been attending the various Find Your Light events around the country this year, you may have had the chance to see yourself, or your friends, popping up on the last few minutes of GL. Well, next week the lucky people who attended this week’s event in Baltimore, Maryland will being getting the chance to see themselves alongside some of their favorite stars as they do good works for charity. The special holiday-themed highlights will be appearing next week from Wednesday, December the 19th until Friday, December the 21st. John Driscoll (Coop), Crystal Chappell (Olivia) and Ricky Paull Goldin (Gus) will be featured alongside with the workers of Baltimore Volunteer Central as they sort and package a myriad of toys and clothing to be distributed to children this holiday season through the Salvation Army’s Angel Tree Program. 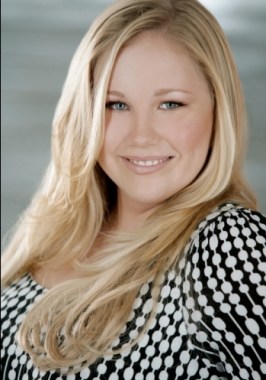 Guiding Light's Caitlin Van Zandt to Walk on the Capitol 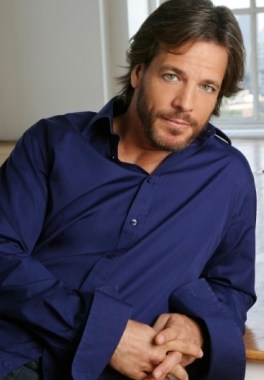