This production will be held at the famed Barn Theatre in Augusta, Michigan. Performances will run from August the 5th until August the 17th, 2008. For additional information, please visit the theater's official website or you may contact them at Barn Theatre, Inc. PO Box 445, Augusta, MI 49012. To get your tickets today, please call the box office at 1-269-731-4121.

Anyone lucky enough to attend is encouraged to come back and tell us all about it. Break a leg Robert!

Thanks to the people at the Barn Theatre for sending us these great shots of Robert on stage. 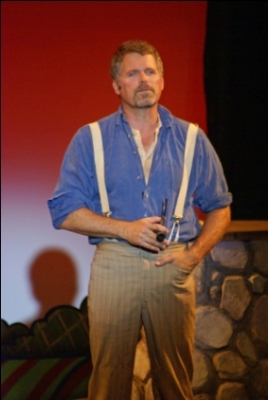 Last year, audiences had the opportunity to catch Robert Newman’s thrilling live performance in The Full Monty. This year, the Guiding Light actor will be returning to the stage again, but will be bringing thrills of a different kind. The versatile performer, best known for playing Josh Lewis on and off since 1981, won’t be doffing his duds this time around, but he will be lending his impressive vocal skills and impeccable presence to a production of the musical Shenandoah. Based on the classic film starring James Stewart, the musical tells the story of a Virginia farmer battling to keep his family out of the Civil War as it rages around them. Newman will be playing the lead role of Charlie Anderson in this revival of the 1975 Broadway musical which features music by Gary Geld, lyrics by Peter Udell, and a book by Udell, Philip Rose and James Lee Barrett. 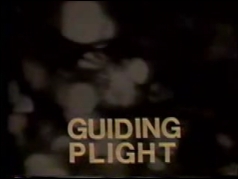