Now that Dinah has started trying to “rehabilitate” herself again, her younger relations have been poking up. Most recently she tried redeeming herself in the eyes of Matt and Vanessa by taking care of Maureen and bringing her to work, promising her an office of her own. Now another Marler will be returning to her orbit. Naelee Rae will be joining the ranks of Guiding Light actors this week. The young actress will be taking over the part of the seldom seen, and only occasionally remembered, Clarissa Marler, daughter of Blake and half-sister of Dinah. With Dinah’s erratic behavior and Blake’s often equally eccentric leaps, she’s sure to get stuck in the middle of something. Will she re-ignite the feud between Dinah and Blake or will she allow them to form a bond?

Naelee is no stranger to the world of acting. She has already performed on stage at the Apollo, appeared in the pilot episode of Drift for ABC and acted in the independent films The Notorious Betty Page and Loverboy. She’s done most of her work for television, however, providing her voice to a character on Backyardigans, showing up on Law & Order: Criminal Intent and even making her way onto fellow soap One Life to Live. She will likely be most recognizable to audiences thanks to her roles in more than forty commercials, most famously playing Lee Iacocca’s granddaughter in ads for Chrysler. The role of Clarissa was last played by Arielle Fleischer.

Look for Naelee to make her first appearance on Wednesday, June the 25th. 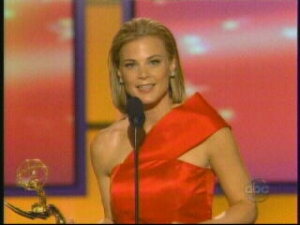 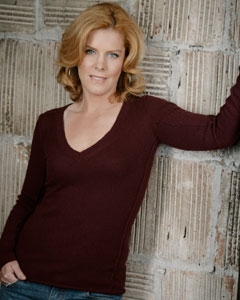