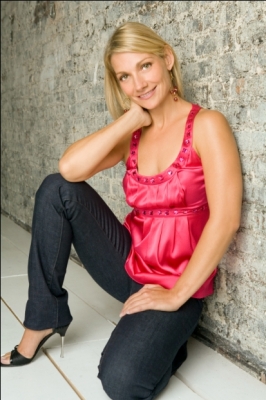 Following much speculation, official word has come out that Beth Ehlers (Harley Davidson Cooper) will be departing from the cast of Guding Light. Although rumors of her departure began circulating around the time they did for fellow cast member Ricky Paull Goldin (Gus Aitoro), the show persisted in their attempts to renegotiate a contract. Goldin left the series at the beginning of April after failing to reach a deal. Since then, he has gone to ABC soap All My Children. Officials at the show have stated that this departure was done on “amicable” terms.

The forty year old Queens native joined the cast of Guding Light in 1987, originating the role of Harley, once one of Springfield’s spunkiest female characters. Ehlers has played that role for most of the past twenty-one years, pairing up with many of the series’ most popular men including Philip, Dylan, Rick, Mallet, Gus and Cyrus. In January of 2007, she also had the chance to play series creator Irna Phillips for the show’s special 70th anniversary episode. She made several film appearances, including in The Hunger and Hiding Out before working exclusively for TV, bouncing through several series before winding up on GL.

Her last air date is reported to be June the 23rd.

Beth Ehlers has served as one of the show’s anchor characters for nearly two decades and will be widely missed by fans. Soaps.com would like to thank her for all of her hard work over the years and for the enormous contribution she has made to the strength of the series. We wish her all the best on her future endeavors!

Kane Manera to Return to Guiding...