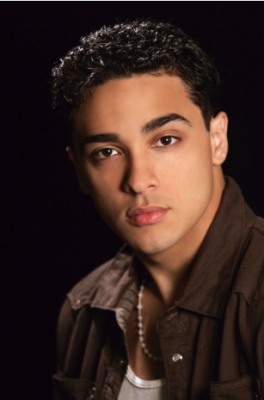 Guiding Light‘s EJ Bonilla (Rafe Rivera Aitoro) has completed work on his first feature film. The young actor recently wrapped shooting the role of “Lalo” in the movie Don’t Let Me Drown. The film is produced by Rollin’ Deep Productions, an independent, Latino-run film production company. It tells the story of two young Latinos who fall in love amidst the paranoia and anger in New York after 9/11. The original script for the film, authored by Cruz Angeles and Maria Topete, won the 2006 Sundance/NHK International Filmmakers Award. In addition to Bonilla, the film also stars Desperate Housewives’ Ricardo Antonio Chavira and TV vet Gina Torres. The film is expected to hit the festival circuit in the coming year.

Bonilla arrived on GL as Rafe on May 18, 2007, bringing a raw naturalistic presence to the show. Since then, Rafe’s family has become one of the focal points of the show and the character has had to undergo a lot of changes, moving from street thug to possible protege of Alan Spaulding. Previous to joining the cast, the Brooklyn native had appeared on Law & Order: Criminal Intent but most of his performance experience has been in dance, doing everything from hip hop to ballet.

Soaps.com sends our congratulations to Bonilla on this exciting new development. We’re sure it’s only the beginning of a promising career.