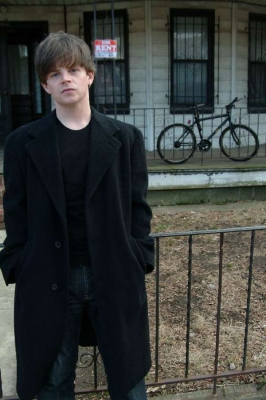 When the people at Guiding Light revealed their new production model at the end of February, one of the first thing to strike most viewers was the remarkable presence given to music. One of the musicians involved in this change for the show has been New York City based singer/songwriter Colin McShane. He has been playing in bars and clubs around the New York area for several years and is currently working on his third album. His first two albums, Songs to Make You Feel and Secrets I Can’t Keep are available iTunes for download.

Thus far, Guiding Light has licensed four songs from the young musician: “It’s All For You”, “My Dear”, “Coke and Trees” and “In the Mood”. The last two songs were co-written with David Swope. McShane has subsequently been contacted by series producer Ellen Wheeler to submit more songs or the future, a prospect which greatly excites him. Something else that’s exciting him these days is a new deal which he is signing with UMixIt. Once the deal is finalized in June, web users will be able to visit their site and download the songs they have been hearing on the show for the small fee of $0.99. They will also have the chance to take part in a contest that will allow them to remix his songs.

Soaps.com got a chance to talk to Colin recently and ask him about his experience working in daytime.

Were you surprised to be included in the soundtrack to Guiding Light?

I was both surprised and delighted to be included on the soundtrack to Guiding Light. I would have never expected to have my songs included on a soap opera but now realize how appropriate the genre is for my writing style. When writing I focus on pure feelings – feelings of the heart both negative and positive – which GL has used perfectly thus far in the ’08 season.

Have you been a fan of the daytime genre previously?

I had never watched daytime soaps previously to my song placement on Guiding Light but now catch it almost everyday on the CBS.com website!

What made you want to go into music?

I got my first drum set at age 5. It was a Shirt-Tales drum set and I immediately fell in love. Music, to me, is the ultimate form of expression and something I hold near to my heart. Being the ultimate way to express all of my emotions, music has and will always be a huge part of my life.

I think music should be used on TV to accent moods. You’ll notice watching a scene with music and then viewing the same scene without, the scene does not nearly have the same effect. Music complements the scene by providing the 6th sense of emotion which is often untouched in dialog, set design, or cinematography.

What’s it like to see something that you’ve created combined with something created by someone else?

The feeling is completely surreal. The songs I write are written around specific experiences I have had in my own life and are purposely tailored to encompass general feelings most people can relate to. The key to writing a good song is touching people in a way which they are unable to describe with words. Writing music is almost like painting a picture. Of course this picture is painted without paint or a canvas but rather exists more as an invisible landscape. When a Music Supervisor is able to understand the emotions generated by a song and couple them with a scene – ultimately evoking sentiments that would otherwise go by unnoticed – the marriage of the two produce a beautiful union. In the case of these four songs being used in Guiding Light, I believe they have, and continue to do a wonderful job of accenting the overall feeling of the scene and complementing my original intent of the songwriting with a visible counterpart.

Would you like to have a more collaborative relationship writing songs for TV?

I would love to have a more collaborative relationship writing songs for TV and Film. David Swope and I are currently working on the new album with drummer Ji Kim which will consist of 11 songs and will be submitted to Ellen Wheeler for the 2009 Season. Since the placements in Guiding Light I am regularly contacted to write around specific ideas for TV, Film, and Video Game promos. I wish to invite everyone to befriend me on MySpace and to regularly check the site for updated information on new placements for my songs. I look forward to a career where I am able to score TV shows, such as Guiding Light. If asked to, I would warmly welcome the opportunity to write specific music for character themes of any sort.

All four of the songs currently being played on Guiding Light are available to listen to on Colin’s Myspace page. If you like what you’ve been hearing on the show, please check out his site and his songs and then feel free to vote on which song you like best in our poll on the GL frontpage.

Soaps.com would like to thank Colin for the interview and wish him all the best!