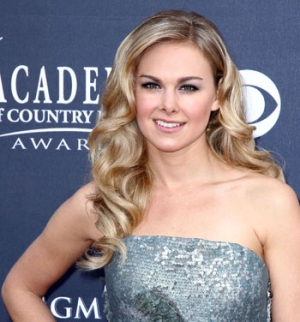 Who will win Video Of The Year?

You’ll remember Laura Bell Bundy from her time on the now defunct soap opera, “Guiding Light.” She portrayed Marah Shayne Lewis from 1999-2001. Since her time on the soap, she has been in big name films such as “Jumanji,” “Dreamgirls,” and has been spotted in the television series, “How I Met Your Mother,” and in 2007, the actress toured America with “Legally Blonde: The Musical,” as Elle Woods.

Soaps.com has learned that come Saturday June 4, at 2.00 PM, the actress will host the hour long special “Video Of The Year,” on CMT Music Awards. The videos include Jason Aldean’s “My Kinda Party,” Kenny Chesney’s “The Boys of Fall,” Lady Antebellum’s “Hello World,” Miranda Lambert’s “The House That Built Me,” Rascal Flatts’ “Why Wait,” Sugarland’s “Stuck Like Glue,” Taylor Swift’s “Mine,” The Band Perry’s “If I Die Young,” Carrie Underwood’s “Undo It,” and Zac Brown Band’s “Colder Weather.” Bundy will also perform skits featuring characters from five of the nominated videos including “Taylor Swift,” “Jennifer Nettles,” “Zac Brown,” “Jason Aldean” and a coach from Kenny Chesney’s “The Boys of Fall” video.

What else is Bundy up to this summer? Fans will see her appear in CMT’s movie, “To The Mat,” as Janice Bailor, a Wall Street consultant. She stars alongside Ricky Schroder who is also presenting with her at the 2011 CMT Music Awards slated to air Wednesday June, 8 at 8.00 PM.

Walk down memory lane with us. Guiding Light from the beginning to the 1990s. 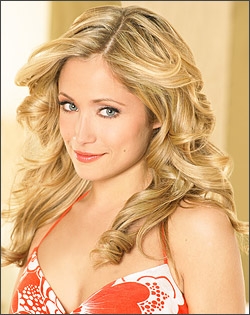