GL Actors in The Hicks 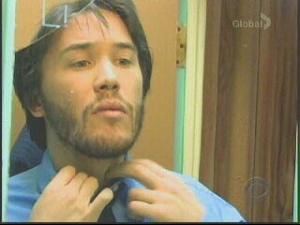 Now that Jonathan has left Springfield once again and, perhaps, for good, Tom Pelphrey fans will have to look elsewhere for their fix. Luckily for them there is already a place where they can find it. Pelphrey will join fellow Guiding Light alumni Crystal Hunt and Marj Dusay (Alexandra Spaulding) in a new sitcom called The Hicks. The web based show follows the misadventures of the Hick family, a trio from the south who are forced to relocate to New York City to help support their youngest daughter’s burgeoning television career.

The show is the brain child of Crystal Hunt, who played spoiled heiress Lizzie Spaulding from 2003 until 2006. Since leaving the show, she has starred in the recently released Sydney White and recently wrapped production on the upcoming thriller, Brooklyn to Manhattan. In an added bit of GL trivia, the new show will also be featuring her dog Roxy, the inspiration behind Hunt's line of designer outfits for dogs (see article here). Roxy, of course, is also the name of her former character's little dog.

Soaps.com wishes them all the best of luck. So far, they seem to be having a great time. To check out a preview of the pilot episode and get some addition information, please visit their official site here.