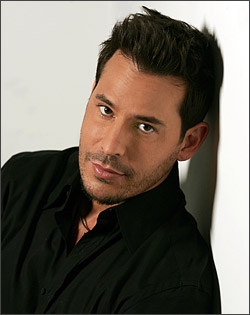 There’s been some sad news for Guiding Light‘s Ricky Paull Goldin (Gus Aitoro). His father, behavioral psychologist and renowned hypnotist, Paul Goldin, passed away at 11:15 AM on Wednesday, February the 13th. He was 79 years old and passed while surrounded by his family. Mr. Goldin is survived by his wife, Helen, and his six children— Ricky, David, Bobby, Katie Jane, Joanna and Sarah. The funeral took place on February the 21st at the Unitarian church on St Stephen’s Green. Soaps.com sends our sincere condolences to Ricky and his family in their time of grief.

Paul Goldin was born in France to a French father and English mother before moving to Britain in 1939. While attending medical school, he began to give hypnosis demonstrations to help pay his way. His skill at this soon landed him with work performing his act on tours around Ireland. In the 1960’s, he moved to America where he worked with psychiatrist Maurice Silver before taking a position in the U.S. government, where, among other things, he de-programmed survivors of the Jonestown massacre. This experience inspired him to put hypnosis to work in a positive way. “That’s what I do – I teach people to develop peak performance by subconsciously replicating their ideal,” he told an Irish newspaper in 2001. In the 1980’s he began setting up stress management clinics in Dublin, Hawaii, Nevada and, most recently, in China. In addition to being a respected medical professional, Mr. Goldin was also well known for his infectious humor and compassion.