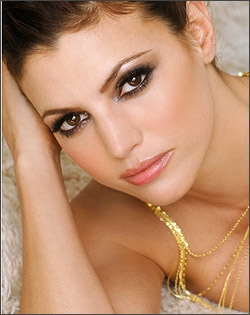 Guiding Light‘s Michelle Ray Smith has publicly announced that she is pregnant. The actress recently made the announcement with her boyfriend Michael Laydon. The child is expected on July the 21st, around the same time that her contract with the show is due to be renegotiated.

Smith joined the cast of Guiding Light as Ava Peralta in 2005. Ava arrived on the scene running from her troubled life in the world outside Springfield. She soon found herself virtually adopted by the Cooper clan and became smitten with “Coop” Cooper. Their rocky romance was complicated by the advances of her boss, Alan-Michael Spaulding, among other things. Since coming to town, she has also, through an act of serendipity, discovered that her former arch-nemesis Olivia Spenser is her mother. Although Olivia once tried to have her bumped off, they’ve managed to put the past behind them and she’s becoming something of a chip off the old block, proving that she can be as ambitious and mercenary as her mother.

Before joining the cast, Smith had a respectable career as a model, appearing in the Victoria’s Secret catalog among other places. She’s also been successful as a model in commercials, appearing in ads for Noxzema, Oil of Olay, Dannon and Dentyne Ice. She is currently one of the featured models for Garnier Nutrisse. In addition to that, she also keeps herself busy doing charity work, particularly for the Humane Society and the American Foundation for Suicide Prevention.

Soaps.com sends our congratulations out to Michelle and Michael and wish them both all the best!

GL: What ever happened to Frank's...