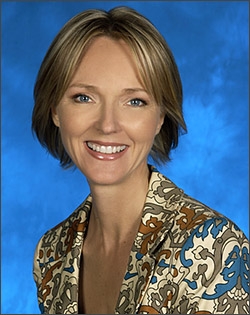 Awards season is upon us and Guiding Light has already received its first nod. The Director’s Guild of America has released their nominations for excellence in works created in 2007. When it comes to daytime, the awards are given to work on specific episodes. The nomination was given to episode #15221, which if memory serves me correctly, is also known by the slightly catchier title, “The Line”. Series producer Ellen Wheeler was the director. Associate directors/stage managers, Chris Cullen and David Brandon, as well as production associates David Brandon and Kelly Jobmann are also named on the ballot. This is the third time that Ms Wheeler has received a nomination from the Guild, having been nominated in both of the previous years.

Wheeler is a soap veteran, having appeared as an actress on All My Children and Dark Shadows. More famously, she took home a Daytime Emmy in 1986 for her performance on Another World. While still on that show, she turned her hand to directing, drawing heavily upon her experience directing for the stage. After Another World was canceled, she became part of the directing team for As the World Turns. She took over the reins of GL as producer in 2002 and as executive producer in 2004, subsequently guiding the show to win numerous awards and shift substantially in its style and themes.

The awards ceremony will be held at the Hyatt Century Plaza Hotel in Los Angeles, California on January the 26th. To see who the other nominees are, please see our article on the awards here. Soaps.com would like to congratulate everyone on their nominations and wish all of the nominees the best of luck.

GL Counts Down to Jonathan's Return