GL Counts Down to Jonathan’s Return 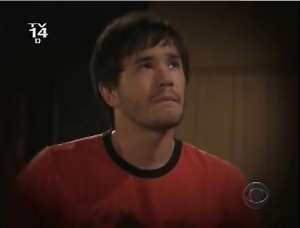 It has been a year since Jonathan Randall, black sheep of the Lewis clan, drove off a cliff with his baby to fake his death. Since then, he’s cast a pretty big shadow over his mother Reva’s life while she’s done her best to cover for his disappearing act. For months there have been hints that he may return, buoyed to no end by the release this past fall of the tie-in novel Jonathan’s Story (which you can read about here). The novel left a lot of people wondering whether this was really leaving the door open for a Jonathan return or closing it shut. Fans of the anti-hero will soon be getting some answers to their questions when the character is brought back to screens in coming weeks.

Daytime Emmy Award-winner Tom Pelphrey will be returning to the role and, this time, it promises to be for a longer stretch than his brief re-appearance last year. In conjunction with the upcoming return, the people behind the scenes at Guiding Light have set up a special video display which will relate the story of the character and explore his relationships. Each day a new clip will be added, counting down the days until his return. If you're feeling nostalgic and want to relive some old memories, or if you're confused and have no idea who I've been talking about, you should check it out at the official site here.