Updated: May the 7th

On Sunday May the 18th, Ron Raines (Alan Spaulding) will be making another exciting venture onto the stage. He will be joined by such stars of the stage and the TV screen as Kristin Chenoweth, Brian d'Arcy James, Harvey Fierstein, Sheldon Harnick, Sally Mayes, Phyllis Newman, Neva Small, and KT Sullivan when they perform at the National Arts Club located at 15 Gramercy Park South in New York City. The concert is being given to help Encompass New Opera Theatre celebrate the 80th birthday of award-winning composer Jerry Bock, best known for musicals such as Tenderloin, Man in the Moon, She Loves Me, Fiddler on the Roof, The Apple Tree and The Rothschilds, with this gala musical salute and tribute.

The one-time only performance will commence at 6:00 PM. For tickets or additional information, please call the theater at 1-718-398-4675 or email them at encompassopera@yahoo.com.

Kim Zimmer will be returning to Michigan to give a gala performance. She will be headlining Broadway Grand Rapids' Annual Fundraiser, From Bawdy to Broadway on Saturday, April the 26th, 2008. The evening will begin at 6:00 PM with cocktails and a meet and greet. At 8:00, cocktails and a strolling dinner will be served to be followed by a performance by popular local entertainer Kelly Carey. After she finishes her set, Kim will join her on stage to sing some of her favorite Broadway tunes in her own inimitable manner. The performance will be followed by a live auction.

Tickets for the gala evening are $150 per person. There are also VIP meet and greet tickets available, which promise a private meeting with Ms. Zimmer as well as an open bar, these are $500 per person and in small quantity. The evening will be held at The Lakewood Estate, 350 Plymouth SE, East Grand Rapids, MI. For additional information, and to purchase tickets, please call Eric V. Messing at 1- 616-235-6285 or visit the event's official website.

If you're in the New York City area, or can get there, you shouldn't pass up the once in a lifetime chance to catch Ron Raines (Alan Spaulding) in a production of new "musical mystery screwball comedy" The People vs. Mona, by Patricia Miller and Jim Wann. Ron will be appearing on-stage along with Lillias White, Marci Henderson, Marc Kudisch, Christiane Noll, Omri Schein and Natalie Toro for one night only. The musical follows the trial of a colorful nightclub owner accused of murdering her husband on their wedding day and has already received advanced buzz. The production will be Sunday, March the 30th at 7:30 PM at the York Theatre, 619 Lexington Avenue.

For tickets and additional information, please call 212-935-5820 or visit the theater's official site.

If you didn't have a chance to catch him around New Year's, there are four more performance dates coming up for Ron Raines (Alan Spaulding) this March. He will be appearing in the Frank Loesser Show, highlighting the legendary career of the songwriter behind such hit Broadway shows as Guys and Dolls and How to Succeed in Business Without Really Trying. 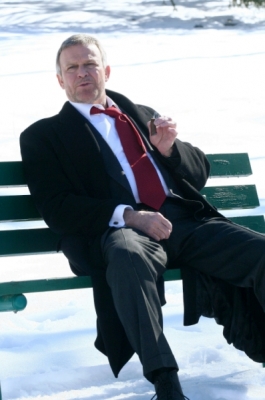 This summer has turned into a series of golden opportunities to catch Ron Raines in performance. The actor/singer has just added another date to his busy summer schedule. The Globe Theatre in San Diego has announced that Mr. Raines will be joining Jason Graae and Debbie Gravitte on stage on August the 23rd, 2008. They will be performing in Jerry Herman’s Broadway, a tribute to the legendary lyricist-composer Jerry Herman, best known for such diverse hits as Hello Dolly!, Mame, and La Cage aux Folles.

Tickets for this special event are $49 and $79 with 50 VIP $139 tickets that will include VIP seating and an exclusive “meet and greet” event with Jerry Herman following the performance. Tickets are currently available. Please call the box office a 1-619-23-GLOBE or go online to the official website at The Old Globe.

Once again, the very busy Ron Raines has announced another singing date for this summer. On August the 11th, 2008, Mr. Raines will be the headliner for the appropriately titled evening performance “Ron Raines and Friends” which promises to show his remarkable singing range from musical theater to opera. The performance will be at the Maine State Music Theatre in Brunswick, Maine. He has been performing regularly on stage there since 1974 while he was still a student. Over the years, he has appeared in their productions of No Nannette, Oliver, Where’s Charlie, Anything Goes and Camelot. In addition to his history with the theater, his wife also has an equally long one that extends back before they were married. Whenever Raines performs there, it’s sure to be an event audiences will remember and treasure. To contact the box office for tickets and additional information, please call 1-207-725-8769. If you would like to order tickets online, please click .

If you’ve ever wanted to hear Ron Raines (Alan Spaulding) in concert but haven’t been lucky enough to have the chance, you’ll be getting a few more opportunities this weekend. The consummate performer will be singing in the cast of Steven Sondheim’s classic musical A Little Night Music from Thursday to Saturday in Boston. Ron will be joined on stage by Tony Award winners Christine Ebersole and Mary Louise Wilson in the production which also features the talents of the Tanglewood Music Center Fellows and the Boston Pops Orchestra. Tickets are still available for those living in Boston or willing to make the trip. For those who don’t happen to be in the area, however, don’t worry, you’ll still have the chance to hear the production in the comfort of your own home. Radio network WCRB will be streaming the production live over the airwaves and over the internet. Tune into their station, or check out their website, at 8:00 PM on Friday, June the 13th to hear the powerhouse performance.

For more information on tickets to this event, please visit the Boston Pops at their official website or call 1-888-266-1200. 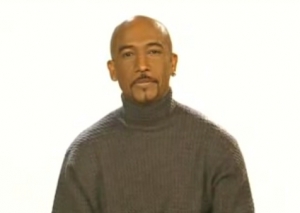