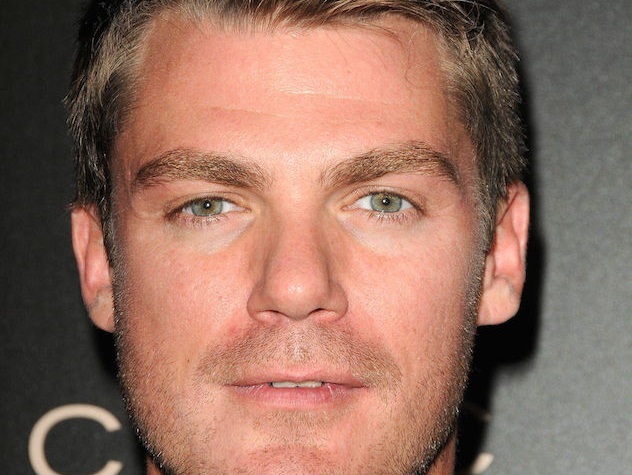 Shayne Lewis (as played by Jeff Branson on Guiding Light)

His life was saved by Alan Spaulding when he was almost killed in a construction accident.

Was kidnapped by Holly Reade.

Who's played Shayne Lewis over the years?

Shayne was abandoned by his mother Reva soon after he was born. Josh was left to raise him, with the help of babysitter Harley Cooper. Josh briefly left for Italy to search for Reva and then brought Shayne and his sister Marah to Europe with him. The family returned to Springfield in 1993. As Josh raised the children alone, he soon fell in love with Annie Dutton. Both children grew very close to her, so much so that, when Reva finally did return, it was obvious that Annie had been more of a mother to them than she ever had. She gave custody to Josh and Annie, but the children gradually developed a bond with their mother, though it took years. Later, Josh's split with Annie alienated them, but they forgave Josh when he ended up re-marrying Reva.

The reunion didn't last long. In addition to the quick collapse of Josh and Reva, Shayne also learned of his other abandoned sibling in San Cristobal and had to endure being kidnapped by Holly Reade. Further friction arose when Josh began dating Olivia, but the children gradually let her into their lives. His relationship with his sister began to be strained, however. Her interest in producing bootleg CDs, with the help of Daisy and Tony Santos, created a fair bit of acrimony. He also became involved with Catalina Quesada, a woman his sister could not stand. The pirated CDs that the little group produced were discovered and they were all charged.

Stranger things were is store for him. His mother was acting peculiar and he soon discovered that she had been traveling back in time. Later that year, he became attracted to Marina Cooper. To get in her good books, he covered for her several times while she was shoplifting and tipping off mobsters about her father's investigations. Their friendship was burdened by her habit of dating criminals and psychopaths. He worried about her relationship with Ben Reade to the point that he nearly lost his baseball scholarship. Eventually, he and Marina went away for the weekend together, though she was abducted by Ben before it could get too intimate. Shayne attempted to rescue her but Ben attacked him and ran, later killing himself. Following his ordeal, Shayne served as Marina's source of comfort and their relationship blossomed. After a concert, they were in a car accident which nearly killed him. The other car was driven by Josh, who was on his way to pick him up for a meeting with a baseball scout. Although he encouraged Marina to turn away from him, she stayed and helped him through his recovery. The process was lengthy and he frequently felt guilty for making Marina miss other opportunities. While Marina continued to get mixed up with semi-illegal activities, he began to look at other things to do with his life. Baseball no longer appealed to him and he decided to go into charity working, starting a Peace Corps operation in Bosnia. For the past several years, he has been working in dangerous, war torn areas around the world.