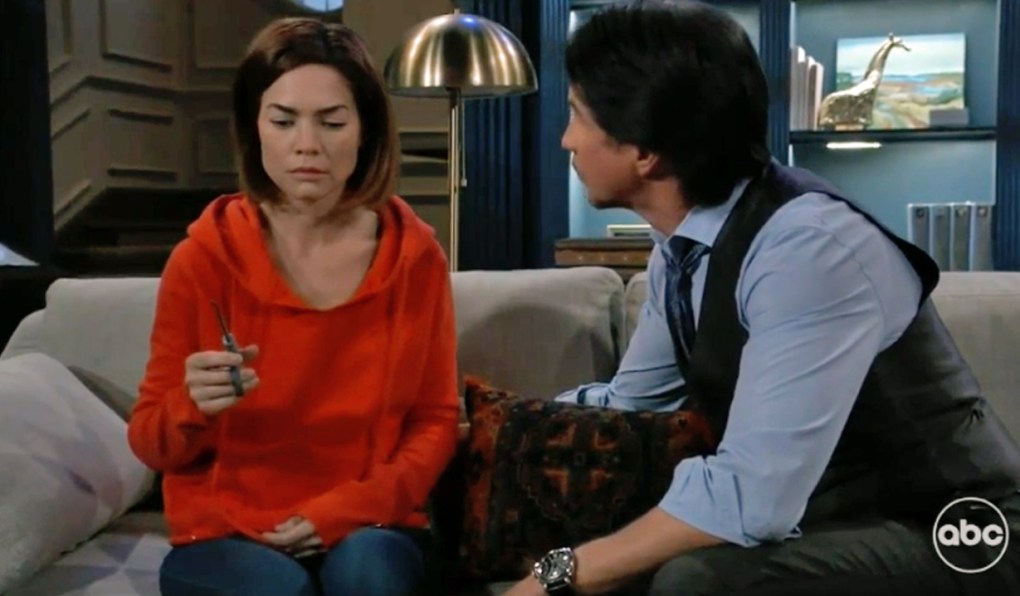 Soaps.com has the latest, new General Hospital spoilers for two weeks ahead from Monday, August 8, to Friday, August 19. At long last, we may get more information about what’s been going on with Liz, especially after Finn makes a big move. Elsewhere, Maxie refuses to butt out, Valentin tries keeping Anna safe from his father, and Nikolas tries to keep anyone from uncovering what really happened between Ava and Esme! 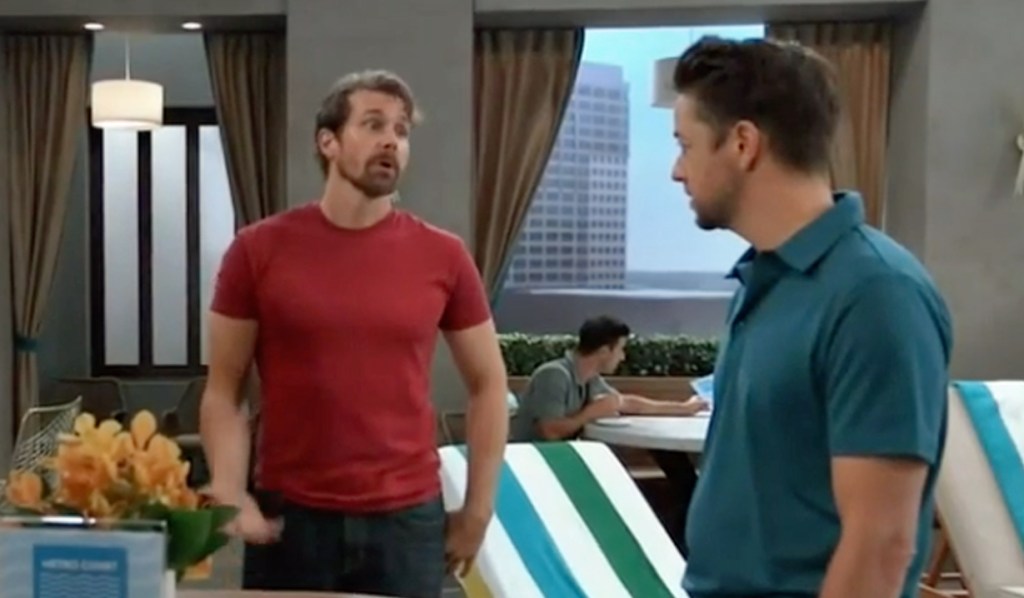 In today’s recap, Cody threatens Spinelli over the illegalities in his matchmaking algorithm, Kristina surprises Sonny with her support, and Ava gives Willow something to think about.

Sonny is on hand to offer daughter Kristina his congratulations. Meanwhile, his current squeeze, Nina, hopes to convince a new chef to join the staff of the Metro Court (special guest star Jamika Pessoa) before winding up on the receiving end of a gift from her Aunt Liesl.

Dante wants to know what Brook Lynn is up to, but he might have to be more specific, given that she’s often tangled up in more than one mess!

Perhaps feeling guilty for his role in the whole dating-site debacle, Spinelli does what he can to steer Britt clear of another date with Cody.

Will Maxie give Sam the answers she seeks? 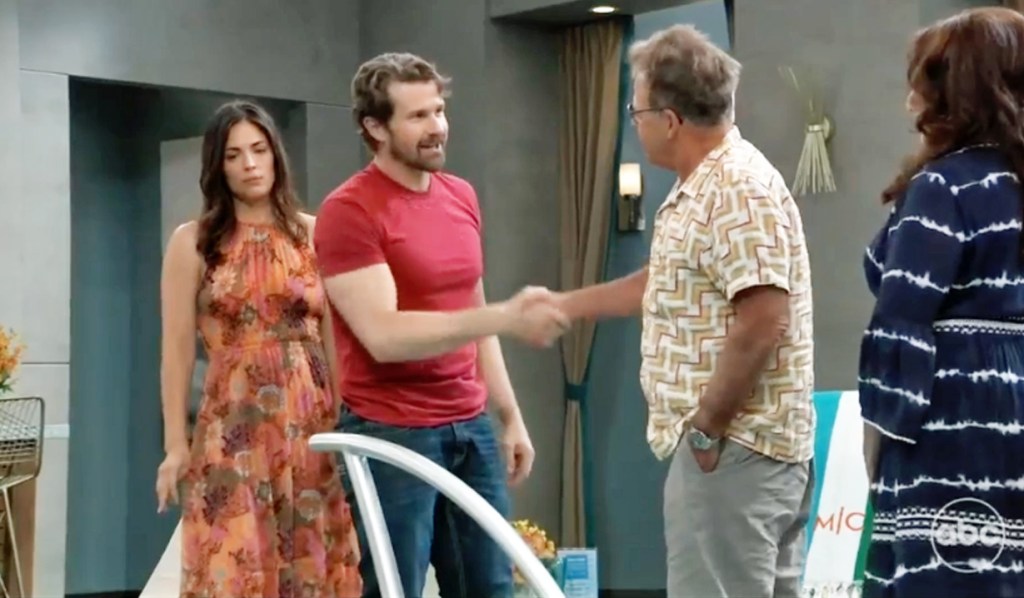 In today’s recap, Cody is pleased to meet Britt’s mother, but not so much her boyfriend Scott. Ava is forced to stay married to Sonny, while Nina and Sonny make their relationship official.

What is it about a familiar face that causes Cody to have such a strong reaction?

As they’ve had to do a few times in recent weeks, Sonny and Nina sit down to talk about not only the status of their relationship, but the realities that they will have to face and try to overcome. At the same time, Dante and Sam have a similar conversation, during which she tells him exactly what might be preventing her from committing fully to him.

Will they or won’t they… divorce, that is? Scott asks Ava that very question regarding her marriage to Nikolas.

Valentin is a man with secrets, but Anna tells Felicia that she’s going to find out exactly what he’s hiding! Meanwhile, Victor wants to know exactly to whom his son is loyal.

Drew and Carly turn to someone with expertise when the find themselves needing advice on future business strategies.

Beloved General Hospital alum shares breathtaking photo of the moment she got engaged: “How in the world did I get so lucky… ?” 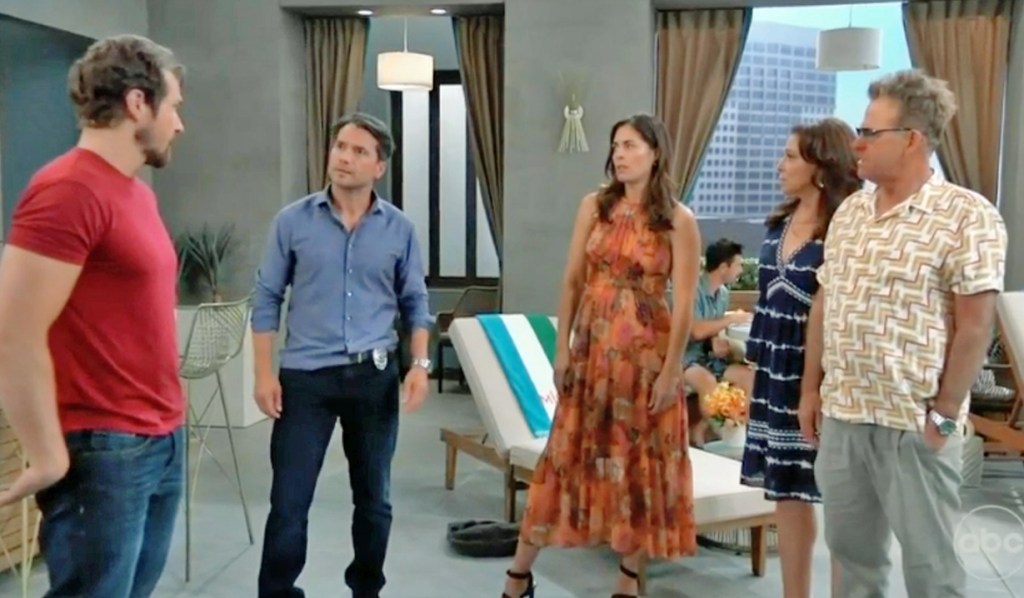 In today’s recap, Cody stuns Scott on how they are connected, Drew offers to take out Victor for Valentin, and Spencer prepares to head to Pentonville.

We’ll finally get to know Cody a bit better when he opens up about his past. Will anything he says change the way Britt (and several other locals) view him? Meanwhile, Maxie — who probably knows Spinelli better than anyone — tries to figure out exactly what’s going on with him.

Will Valentin accept the offer that Drew’s making him?

The Cassadines are finally making a full-court press where Spencer’s cause is concerned, with Nikolas and Victor attempting to convince Alexis that she needs to get on their bandwagon.

Something tells us Anna will turn on the charm in order to get Martin to do her bidding! (And honestly, who could resist a flirtatious Anna?)

Fans rejoice! A much-missed Grey’s Anatomy vet finds “the way home” to our screens in a new multigenerational drama.

Sorry, Lucy, but Martin is about to deliver some news you won’t be wanting to hear.

Austin tells Maxie that he understands how she feels about family.

Even as others might doubt Spencer’s decision, he remains convinced that he’s done the right thing. Meanwhile, Joss and Trina try to take their mind off everything going on around them by spending a day at the Metro Court pool. But as we all know, it ain’t easy to simply leave one’s troubles behind.

What is the very big — and rather urgent — decision made by Portia and Curtis?

Nancy Lee Grahn (Alexis) made an exciting announcement and stated, “I am ready to tell the whole truth.”

One Life to Live fave Jason Shane Scott (Will Rappaport) reveals that he’s picked one wife to love! 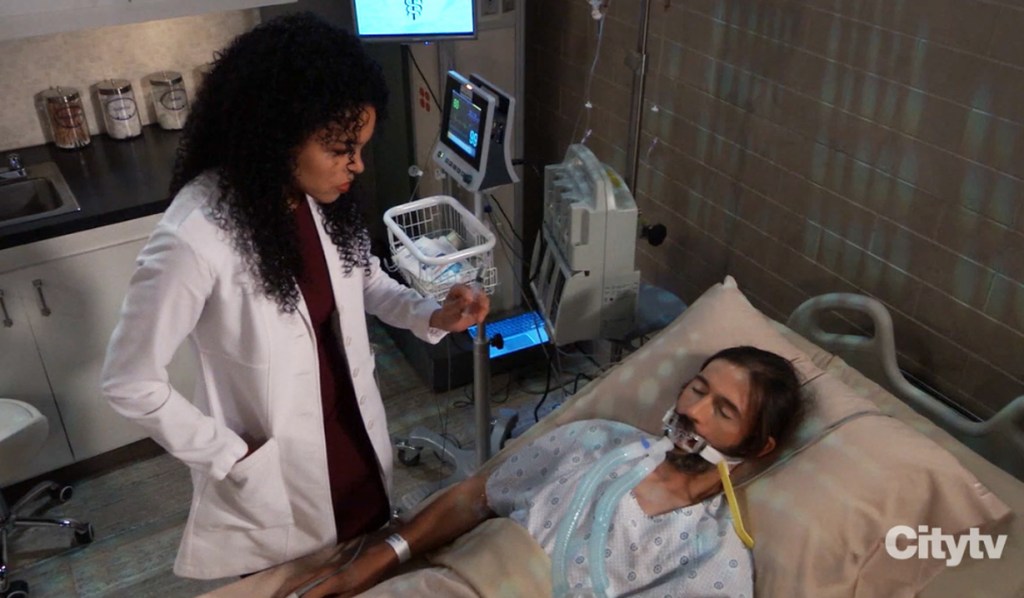 In today’s recap, Portia has help she’s not even aware of gaining access to Oz, and Scott believes Cody’s story and drops the charges against him.

Britt’s on hand to help someone with an injury. (Which is probably a good thing, what with her being a doctor and all!)

Rory hasn’t been on the Port Charles police force all that long, but already he’s had to face several challenges. Today, he’ll be given a difficult assignment. Can he rise to the occasion? Meanwhile, Dante has to make a surprising arrest! But of whom?

With it seeming more and more likely that the jury is about to return with their verdict, Curtis worries about how this is all impacting not only the young woman but mom Portia, too. Thankfully, Jordan is still on the case. But with the sands in the proverbial hourglass quickly running out, will she be able to find anything in time?

Hallmark’s Chesapeake Shores Season 6 will premiere this Sunday and we have a preview of what’s ahead as Connor’s fate is revealed following last season’s big cliffhanger.

Calling all Grey’s and All My Children fans: Former Grey’s Anatomy sweethearts are getting a surprising reunion — and you won’t want to miss the drama this time around!

And while the ABC show isn’t lacking in this department, view soaps’ all-time best villains ranked in our photo gallery below. 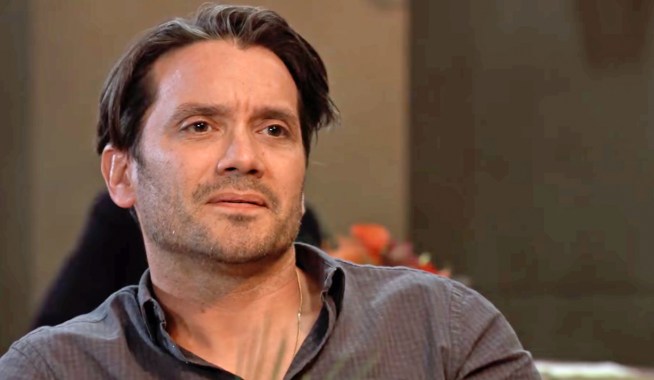 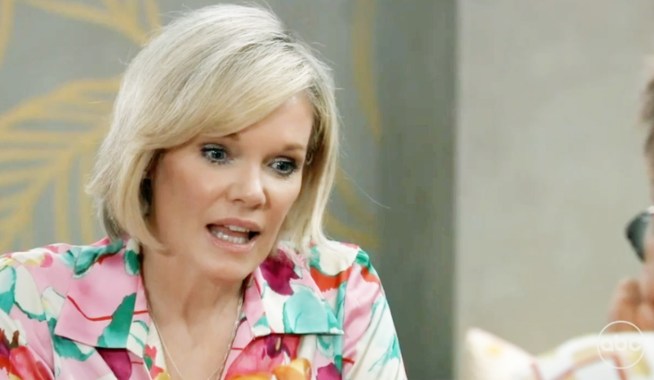