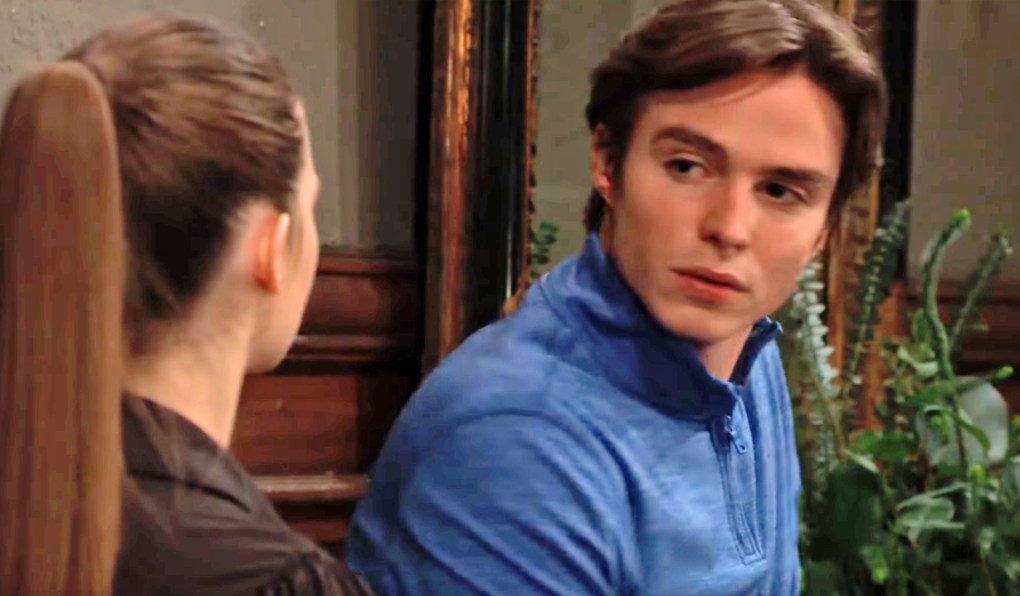 Soaps.com has the latest, new General Hospital spoilers for two weeks ahead from Monday, July 18, to Friday, July 29. Trina’s trial comes to a head, while Nikolas’ efforts to keep his secret from coming out may prove for naught as Ava and Esme have it out. Meanwhile, Dante considers the future, Willow awaits news, and Dex makes a move that he hopes will make him a bigger player in Sonny’s world. 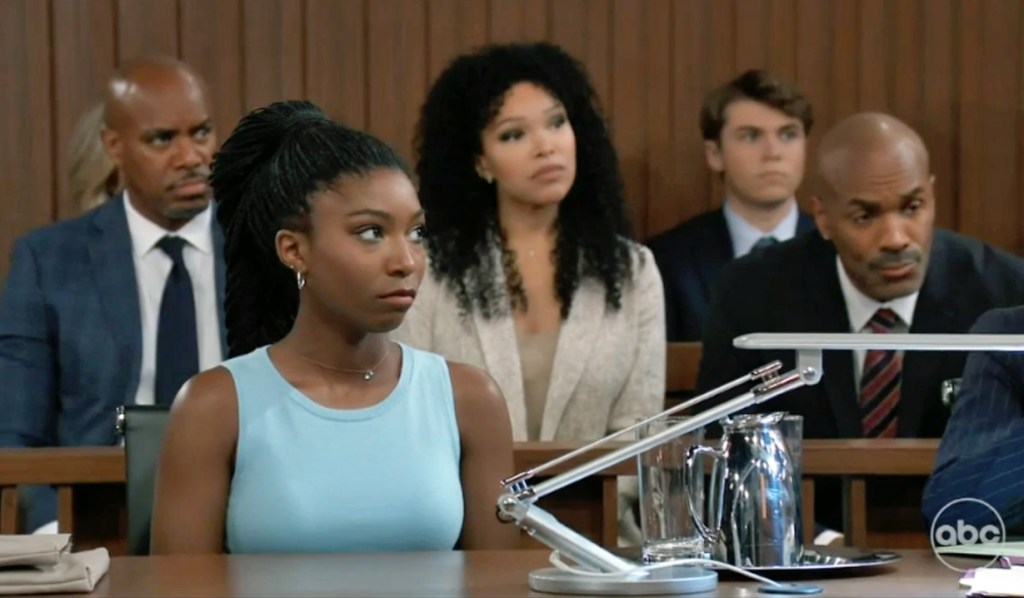 In today’s recap, Trina’s trial begins and Joss and Cam take the stand. Michael delivers news and a warning to Sonny. And TJ calls Willow into the hospital to discuss her test results.

Things are about to get ugly as Trina’s case continues. As friends, family and maybe even enemies are called to testify, will the truth come out at last? And when Spencer finally deals with Esme honestly, how nasty will things get?

If you’ve been thinking there’s more going on with Willow than a simple pregnancy, you’re right. And like you, TJ wants to figure out what it might be!

Looks like Brad will need to find someone else to entertain him, as Britt announces that she’s going on a date!

After spending time with his brother, Michael, Dante comes to the conclusion that Cody has definitely not taken his advice seriously. 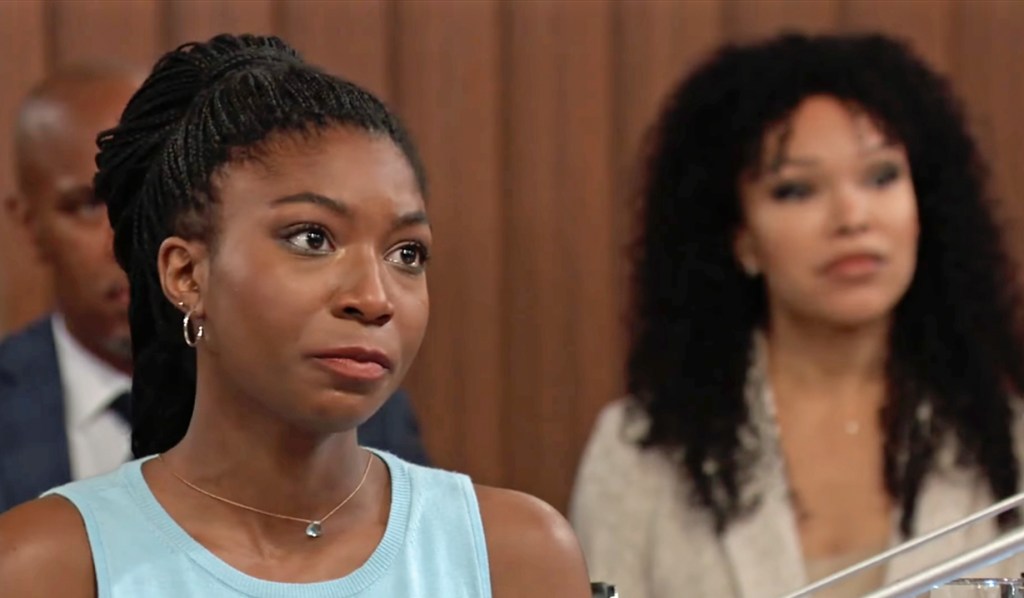 It’s open mic night at the Haunted Star! As Mac plays host, who might get up to entertain the locals with the vocal prowess… and who might just wind up looking silly?

Brook Lynn’s pretty good at talking Chase into things, but can she keep him from changing his mind where her latest plot is concerned?

Even as Austin is dealing with a text that’s clearly troublesome, Maxie accuses Spinelli of essentially stalking her and her new beau.

Marshall thinks it’s time for Epiphany to let it all hang out!

Sasha’s loved ones, especially Brando and Nina, continue to worry about her condition.

Cody hopes to get a little bit of info on Britt.

Hallmark’s Chesapeake Shores returns for a sixth and final season next month and we have your first preview! It appears that Abby has made her choice — and the lucky guy is [spoiler]. 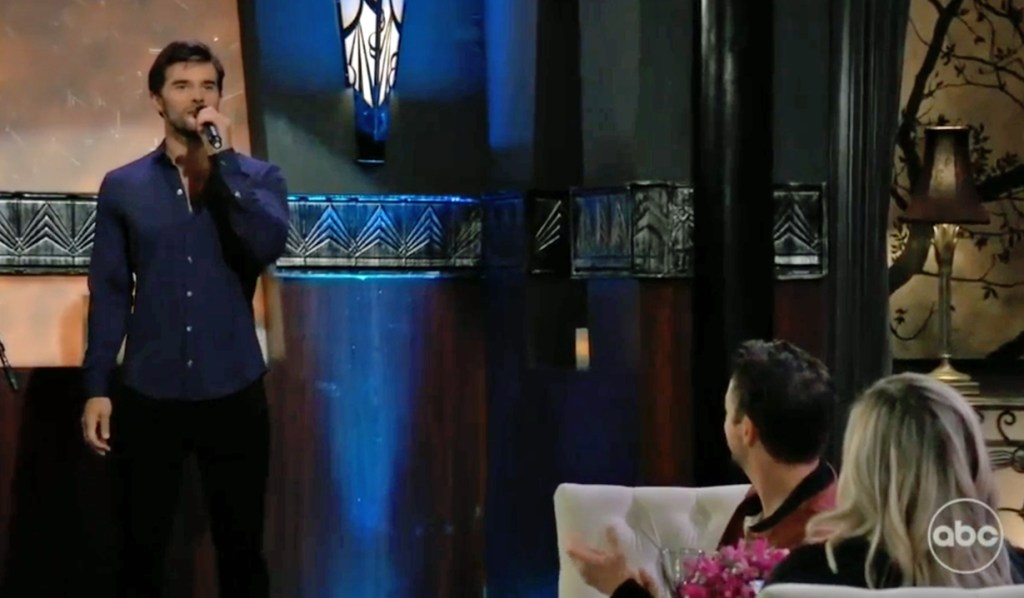 In today’s recap, Linc takes the bait after Chase sings, Austin meets with the man who has been contacting him, and Cody blows his date with Britt.

Things definitely do not go well for Britt and Cody, especially given that she winds up calling the guy out on his true motives!

Will Esme be able to convince the bartender to help her out?

How will Maxie react when Spinelli opens up and makes a confession?

Portia is beside herself about Trina’s case. Marshall does what he can to comfort her, while Curtis strikes a deal he hopes is going to help.

Who’s the mystery man Austin’s taking a meeting with, and what are they up to?

Due to ongoing news, today’s episode will air on Friday.

Parry Shen (Brad) shares a before and after video following surgery and warns fans: “Brace yourselves.” 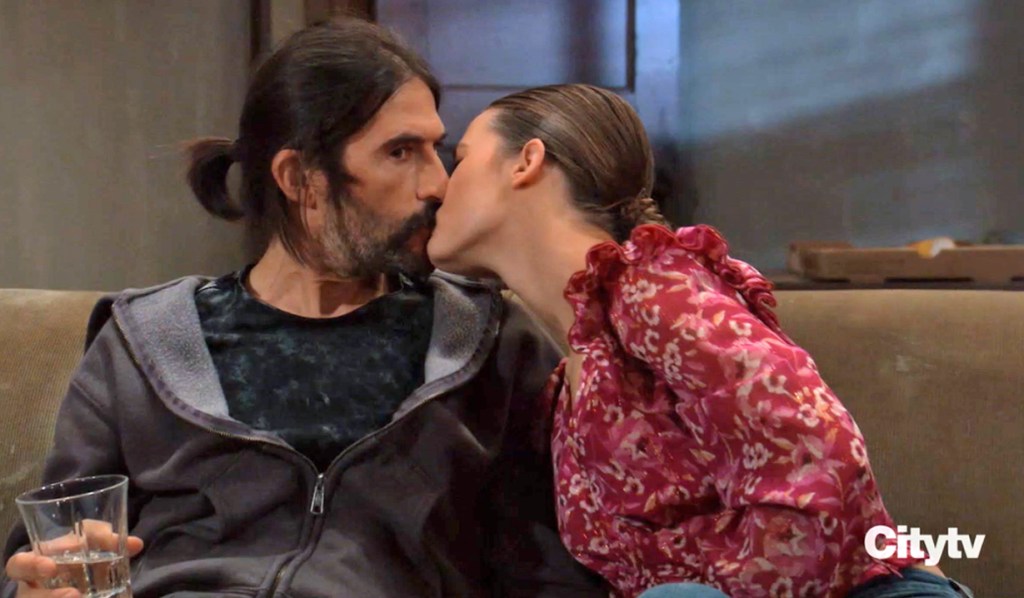 Sonny is busy working over Felty when they are interrupted by… well, let’s just say someone we didn’t expect! And speaking of interruptions, when Carly, Drew, Willow and Michael try to enjoy a bit of good news, someone manages to intrude.

Ava and Nikolas may be surprised by what Spencer has to say.

TJ and Molly are enjoying a special moment… at least until they see who has been brought in to the hospital!

The good news: Valentin makes a truly romantic gesture. The bad: Anna’s not having any of it, given that she’s pretty fed up with his inability to be honest!

See your favorite stars from General Hospital and all the soaps as you never have before in our newly expanded gallery of bloopers and outtakes from their glam photo shoots. 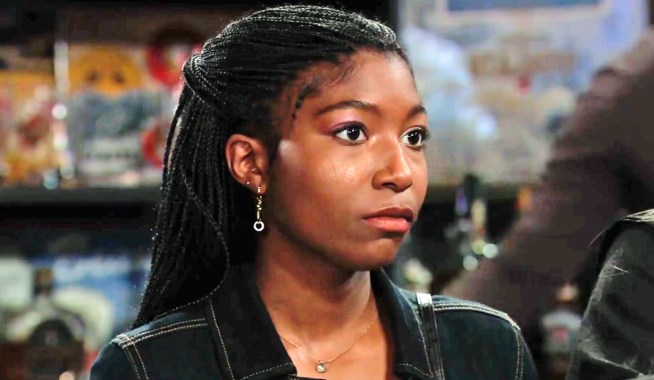 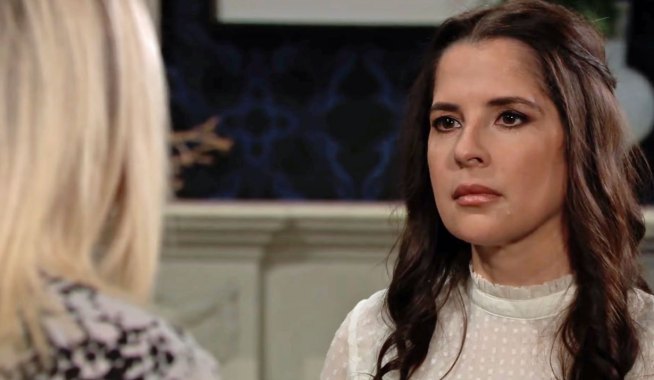