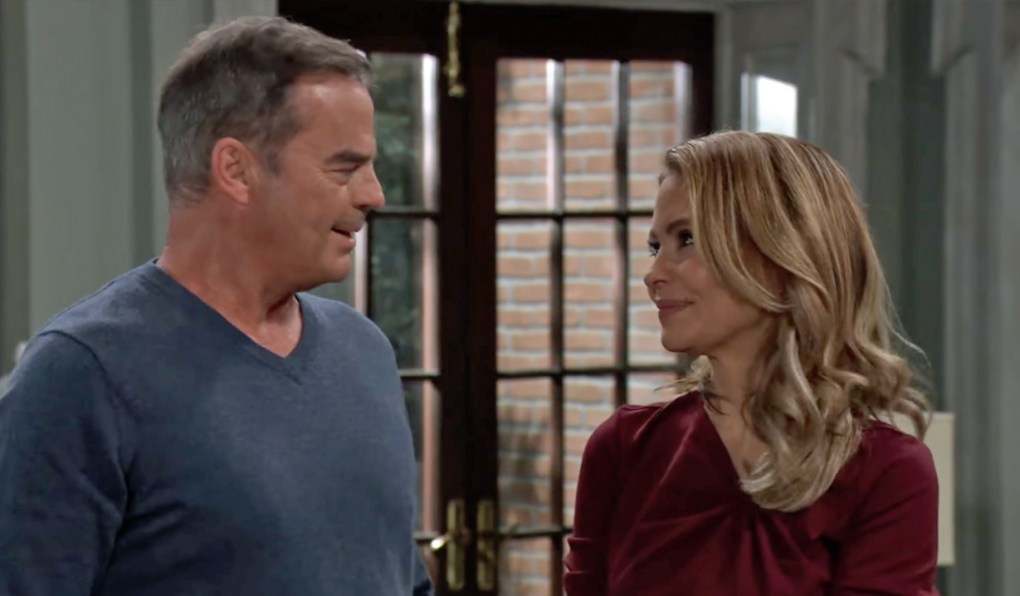 Soaps.com has the latest, new General Hospital spoilers for two weeks ahead from Monday, January 24, to Friday, February 4. Watch for a much-loved couple to rededicate their lives to one another, leading another pair to examine their own relationship. Meanwhile, Peter’s on the move, Laura faces an enemy, and Sonny hopes to finally fix things between himself and Carly.

GH threw every character they had into their storylines last week, and it gave a needed break from Carson. And Luke’s memorial left us with even more questions! 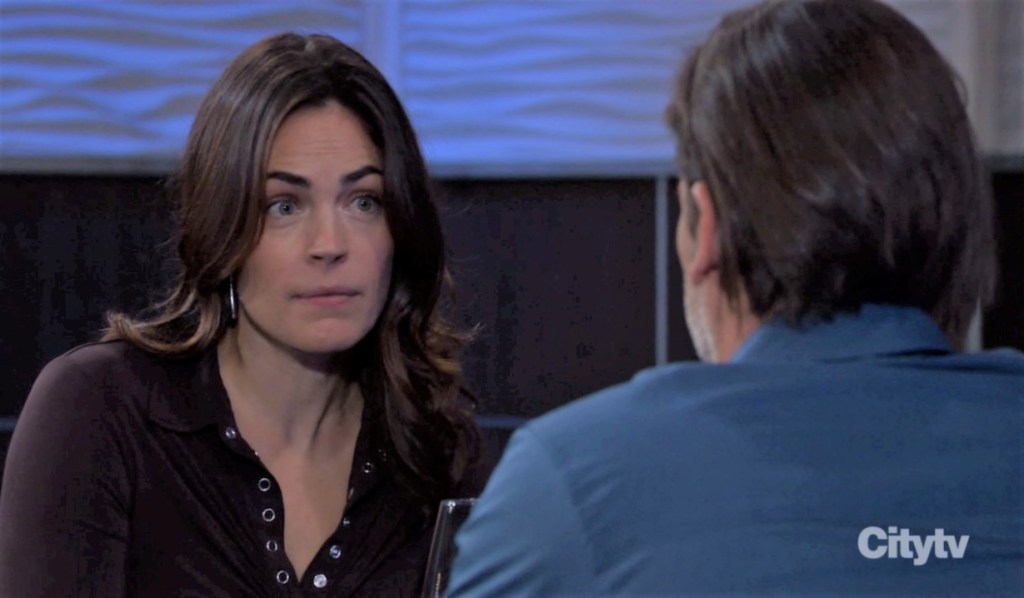 In today’s recap, Victor gets closer to the truth about Bailey/Louise, Jennifer Smith makes a cryptic call, and Britt grows curious.

Sonny and Carly love one another, that much is clear. (Couples don’t go through everything they have if they aren’t seriously committed.) But as they say, sometimes love just isn’t enough. Will they be able to get past their latest difficulties?

What’s behind Curtis’ change of heart?

Ned and Olivia present a united front to Leo as they give the boy a bit of good news.

Maxie has to deal with both heartache and an unfortunate realization at the same time.

What is Victor really up to, and what’s he hoping to accomplish in Port Charles? That’s exactly what Valentin wants to know… but will he be able to suss out the truth?

Attention Hearties! When Calls the Heart season 9 preview: Stars reveal new emotional storylines and fresh faces — plus, how Hope Valley is moving into the future! 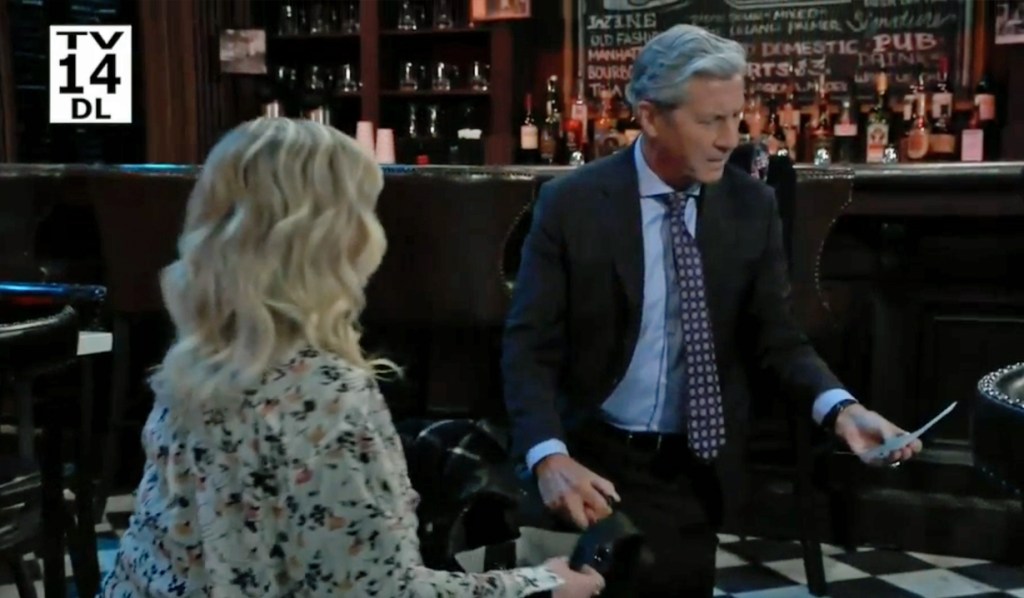 In today’s recap, Nina intervenes during Sonny’s manic episode, Victor gets a look at Maxie’s sonogram photo, and Kristina tells Sam to back off.

The Savoy may be where people usually head for a relaxing evening, but things are about to get real tense at the hot spot.

How will what Victor discovers play into his bigger plans?

What does Harmony have for Alexis?

Esme does what she does best, by which we mean stir the pot. Will Cam be drawn into her latest drama?

Chicago Fire shocker will bring heartbreak to Firehouse 51 – and open the door for several possible exits! 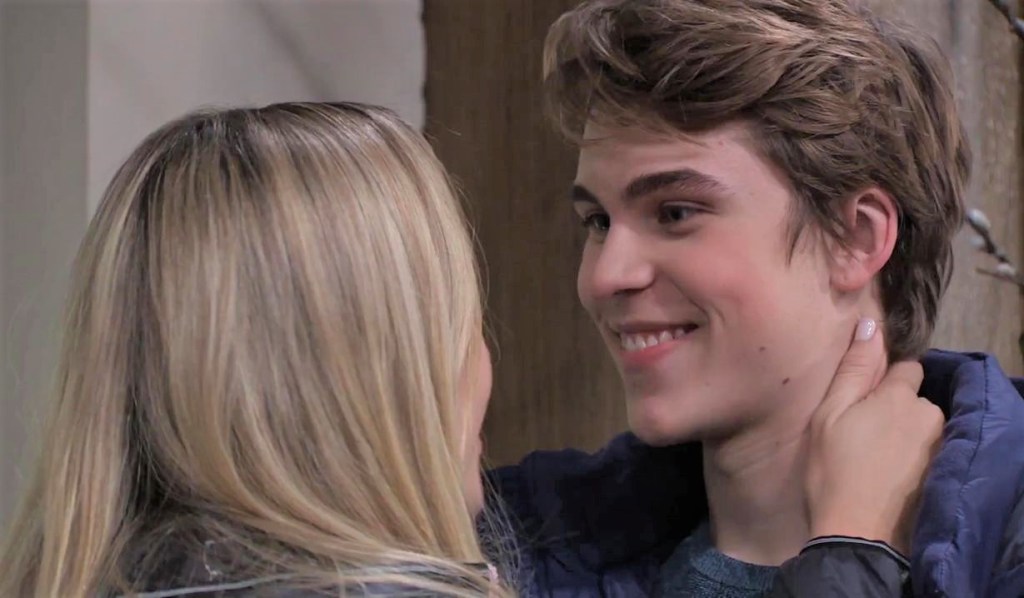 In today’s recap, Nina brings Sonny to the hospital, Austin remembers something about the day Maxie gave birth, and Valentin starts to suspect foul play.

The teens have been talking about getting away to Sonny’s cabin for ages, and they finally arrive. (We can’t help but wonder if Cam, Josslyn, Spencer, Esme and Trina have never seen a horror movie. Do they not know that nothing good ever comes of trips to isolated cabins in the woods?)

Carly’s life has been in turmoil of late, so today she decides to try and reconnect with her inner peace. You know what definitely won’t help her in that regard? The arrival of longtime nemesis Ava!

Valentin takes a meeting with Martin.

Want more details about Jennifer Smith? Here’s what you need to know about who’s playing her and the character’s ties to the people of Port Charles, including Luke, Laura and Sonny.

On a momentous General Hospital anniversary, the stage is perfectly set for Felicia to reach out to Frisco. 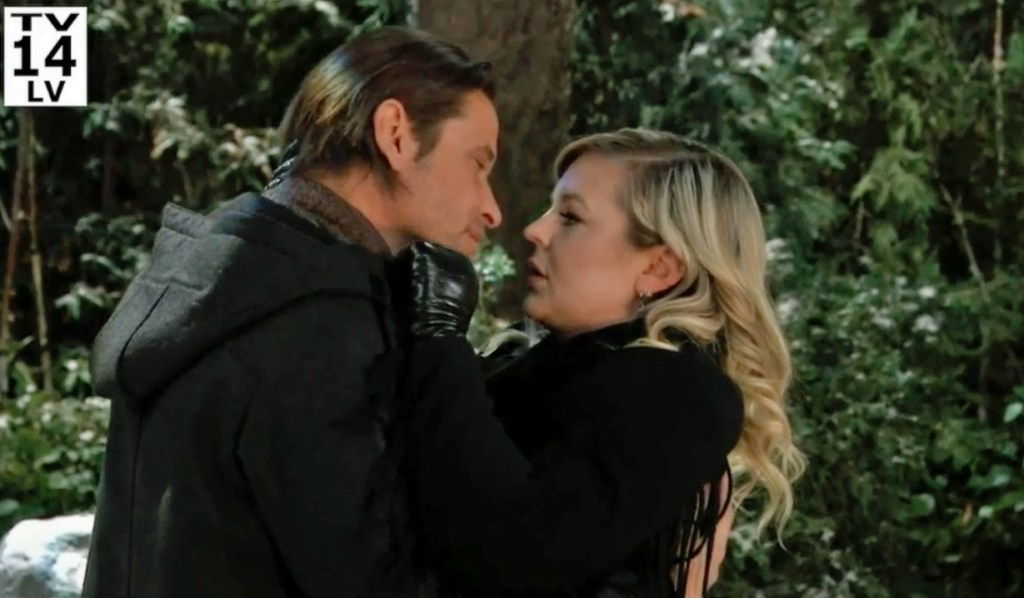 In today’s recap, Peter learns the truth about Louise, while Valentin puts the pieces together himself. Plus, Esme stirs up trouble between Joss and Trina at the cabin, and Maxie pulls Austin into a kiss.

Maxie’s been known to spin a tall tale or two in her time, but will she be able to talk her way out of this one?

Sonny has a meaningful encounter.

As a new possibility presents itself, Valentin can’t help but be intrigued.

Yoga class gets about 48.3% more interesting when Sasha arrives… 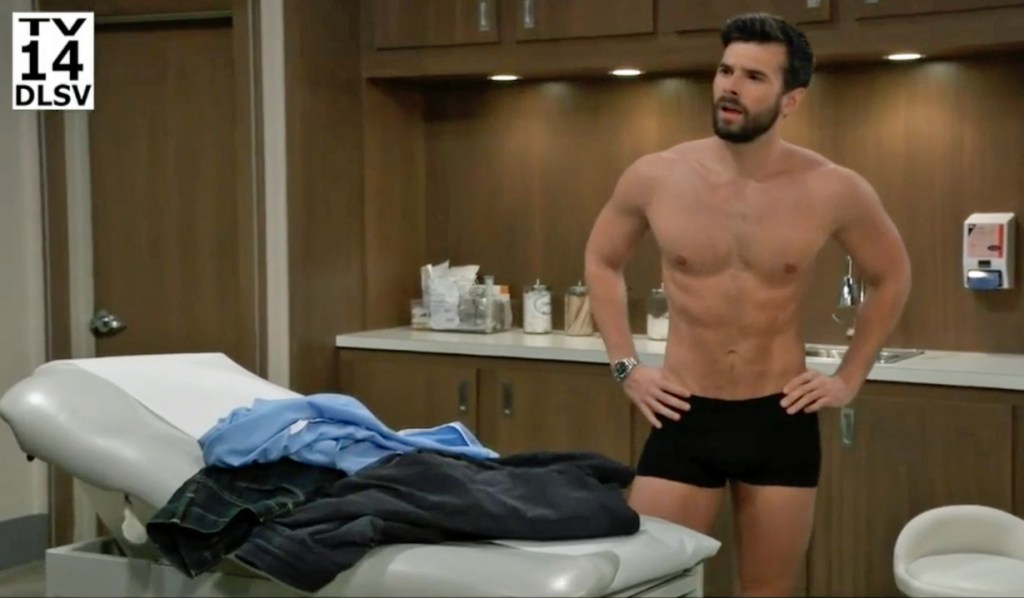 In today’s recap, Victor abducts Valentin, Esme spies on Cam and Joss’ romantic moment, and BLQ worries Peter is on to them.

Drew runs into Sam and their daughter, Scout.

With whom is Curtis reunited when he swings by Charlie’s? (And what is he doing hanging out at the competition’s place?)

Epiphany will be caught off guard by who walks through the swinging doors at Kelly’s.

When tensions escalate at the cabin, will words be said that can’t be taken back?

We’ve learned what the characters will be up to for the next few weeks, now look at the new General Hospital cast photos in our gallery below then get all the latest General Hospital exits and returns in one place!