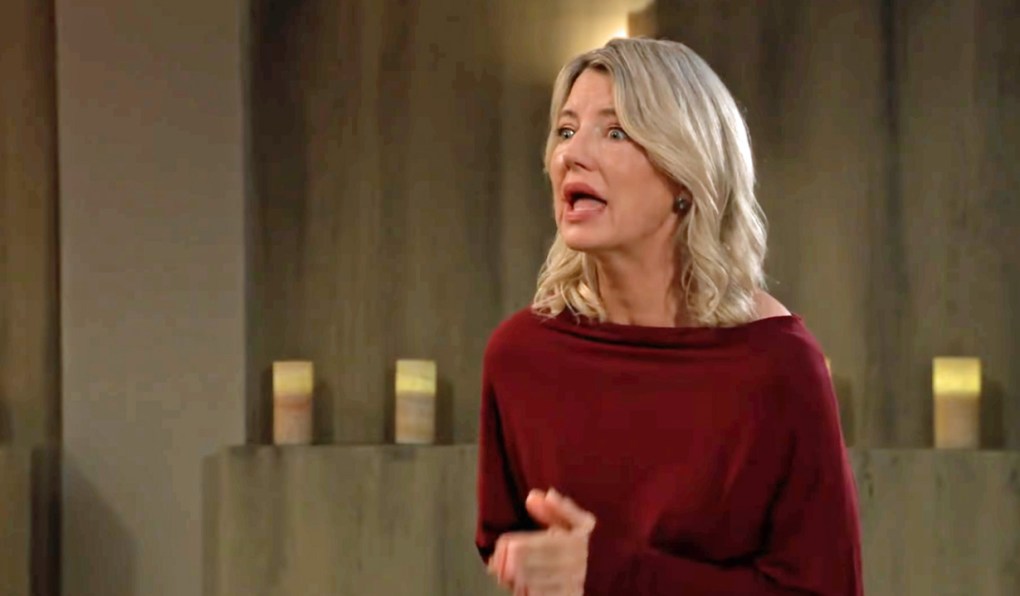 Soaps.com has the latest, new General Hospital spoilers for two weeks ahead from Monday, December 13, to Friday, December 24. Nina finally has to face the music, holiday events are hosted all over town (with mixed results), and Spencer wonders what’s going on between his dad and Trina!

GH Soapbox: Selina Wu has become one of our favorite characters in no time flat, while Brad’s surprise return was everything. 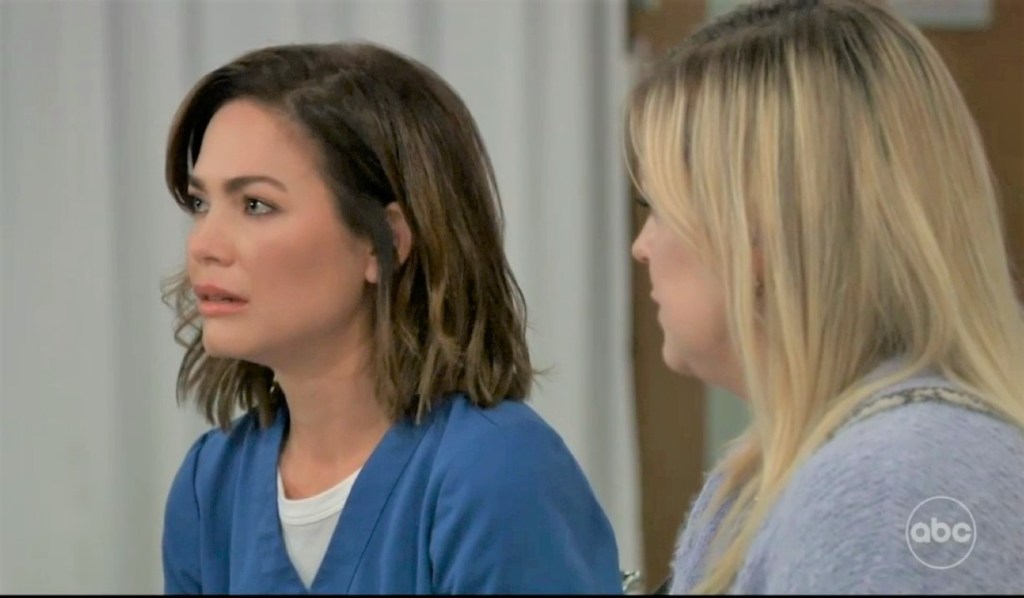 In today’s recap, Brando and Sasha receive bleak news about Liam, and Liz visits an unconscious Peter with a scalpel. Plus, Drew, Stella and Marshall all pay Curtis a visit.

We’ve been low-key shipping Elizabeth and Finn since first they crossed paths, and they’re getting ever closer. They share an intimate moment today… which kinda makes us worry, because we all know that on soaps in general and this one in particular, happiness means trouble is right around the corner!

Who reaches out to Anna unexpectedly?

They say breakfast is the most important meal of the day… and that’s probably even truer when it provides you to reconnect, the way Trina and Portia do today.

Though the weather outside is frightful, the fun-in-the-sun photos Eden McCoy (Joss) dropped are so delightful! 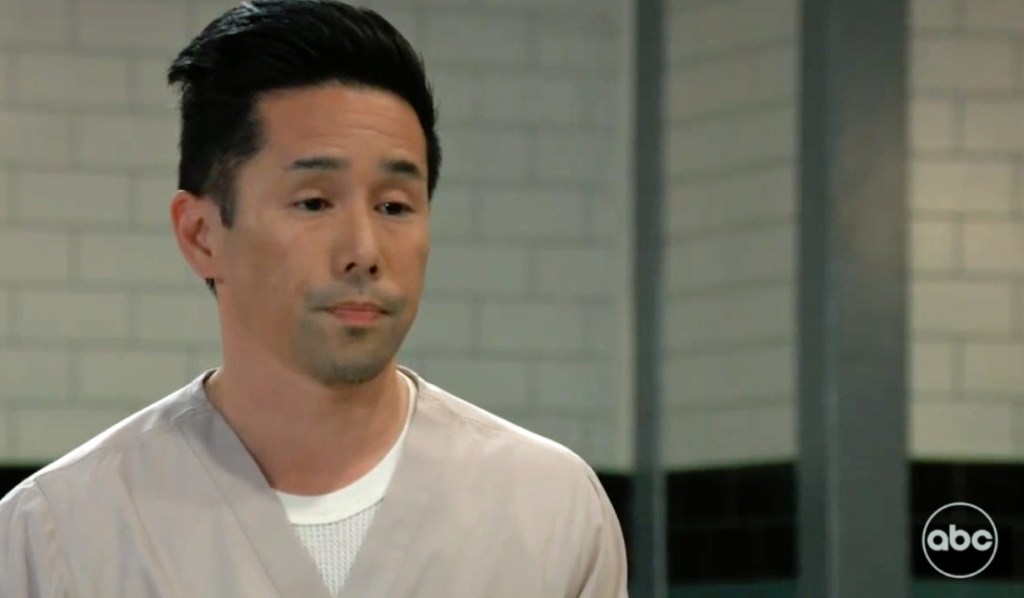 In today’s recap, Michael testifies against Brad at his parole hearing, but Selina is later seen thanking Sonny. Plus, Finn interferes with Liz’s plans for Peter.

Austin suggests to Britt that she might have a keen interest in a newly-arrived patient.

Maxie’s on pins and needles as she awaits news.

What Sonny does next will definitely catch someone off guard.

Curtis is unhappy when there’s a disturbance at his club.

With a single photo, Laura Wright reveals what it’s really like behind the scenes with her on-screen enemies! 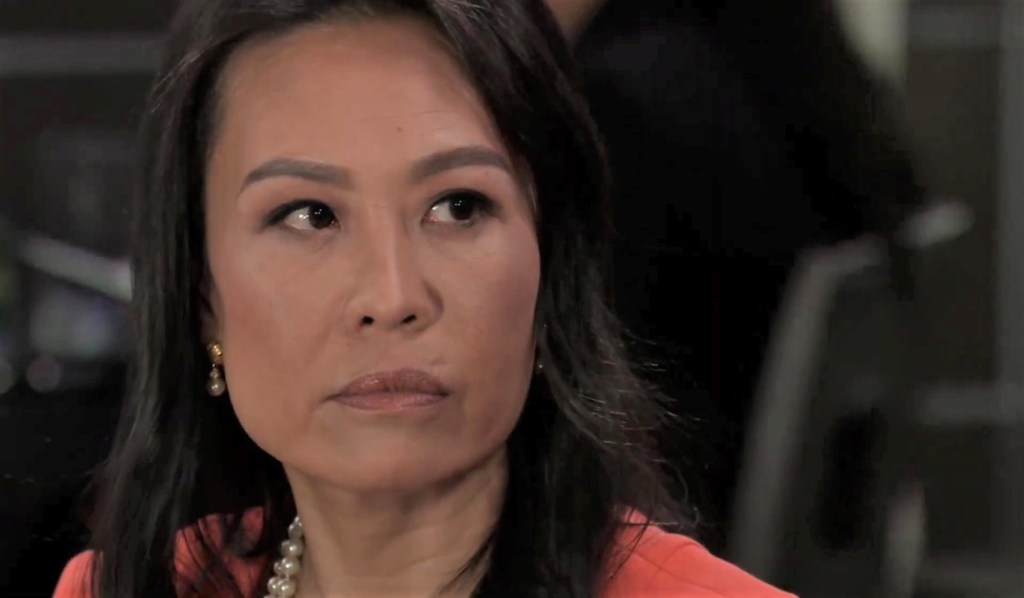 In today’s recap, Michael confronts Brad, and threatens Selina. Plus, Brook Lynn and Chase get stuck in the sauna, and Liz confides in Portia and Terry.

Alexis may no longer be captive at Spring Ridge, but that doesn’t mean life has simply gone back to normal. Can the Davis girls help their matriarch readjust to life on the outside?

All Willow and Olivia want to do is a little bit of holiday shopping. Is that too much to ask? Apparently so, because things are about to go off the rails! Meanwhile, Michael sees something that will definitely cause his jaw to drop!

Elizabeth, Portia and Terry have a heart-to-heart about the state of their love lives.

James Patrick Stuart’s new series has been picked up… here’s what it means for his future as Port Charles’ Valentin. 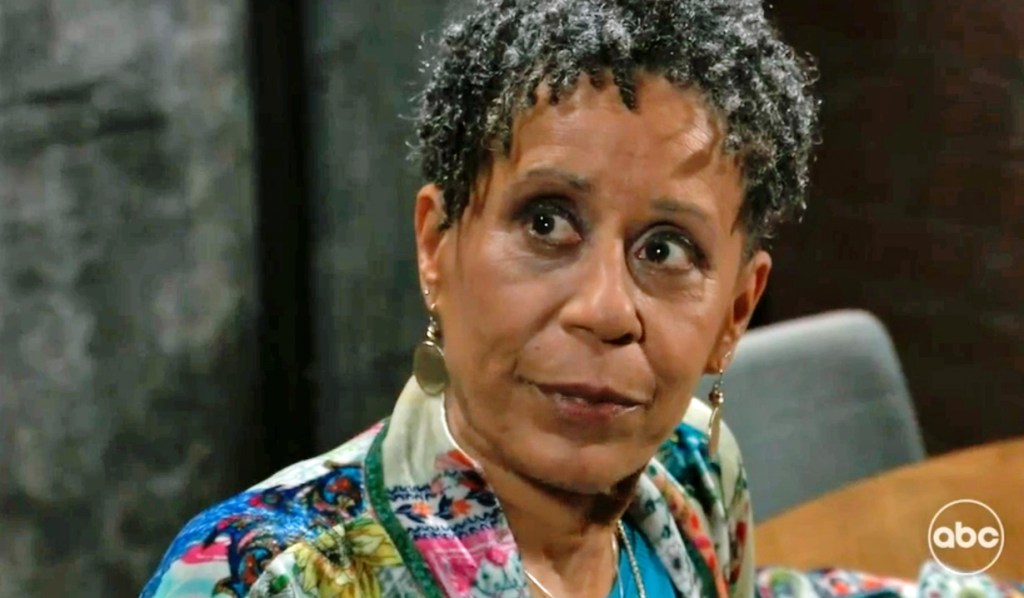 In today’s recap, Brando and Sasha struggle to make a decision about Liam, Stella meets with Marshall, and Liz and Finn get honest about their feelings.

When Sonny is there to provide comfort, to whom is he offering a shoulder?

Things get awkward between Brook Lynn and Chase. (Anybody else hoping that “awkward” translates into adorable and kinda romantic?)

Olivia can’t help but be nervous about meeting Ned so they can attend Leo’s appointment with the specialist.

Carly wants to be supportive of Sasha.

Curtis and TJ cross paths at the boxing ring. Will they talk things out while throwing a few punches? 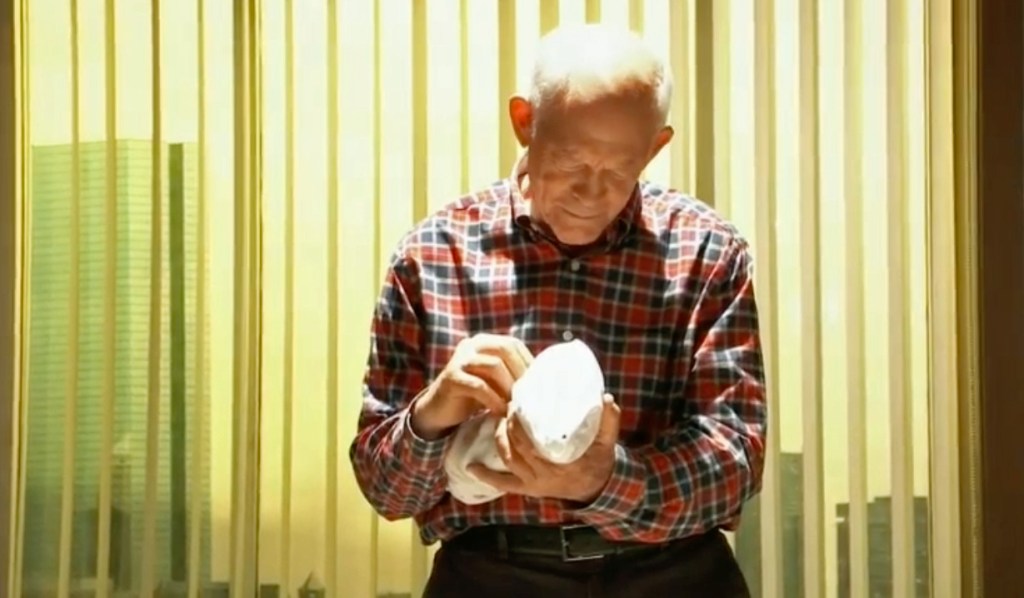 In today’s recap, Sasha and Brando say goodbye to their son, as Mike appears to take Liam to heaven. Plus, Marshall vows to keep Stella’s secret, and Olivia and Nina have words.

While locked up, Drew dreamed of the day he would get to spend time with Sam and Scout. Well, at long last that day has arrived! Will this be a bonding moment for the little girl’s parents?

When Curtis opens up to Portia about his concerns, will she be able to assuage his fears?

How will things go when Britt and Elizabeth find themselves unexpectedly having to interact with one another? (Wonder if they might wind up talking about Jason, a man they both loved and have seemingly lost yet again!)

Rebecca Budig (Hayden) makes an announcement that’s sure to delight her fans.

Apparently, when Soaps.com’s elf on a shelf has a little time on his hands, he sneaks into the vault and digs up age-old pictures from holidays gone by. So when you need a break from your last-minute gift-wrapping and/or turkey-basting, take it with our newly expanded and supersized photo album of daytime Christmases past.

It may take a while for Alexis’ life to go back to normal and we’re not surprised given the Cassadine family’s dark history, which you can revisit in our gallery below, then get all the latest General Hospital exits and returns in one place!