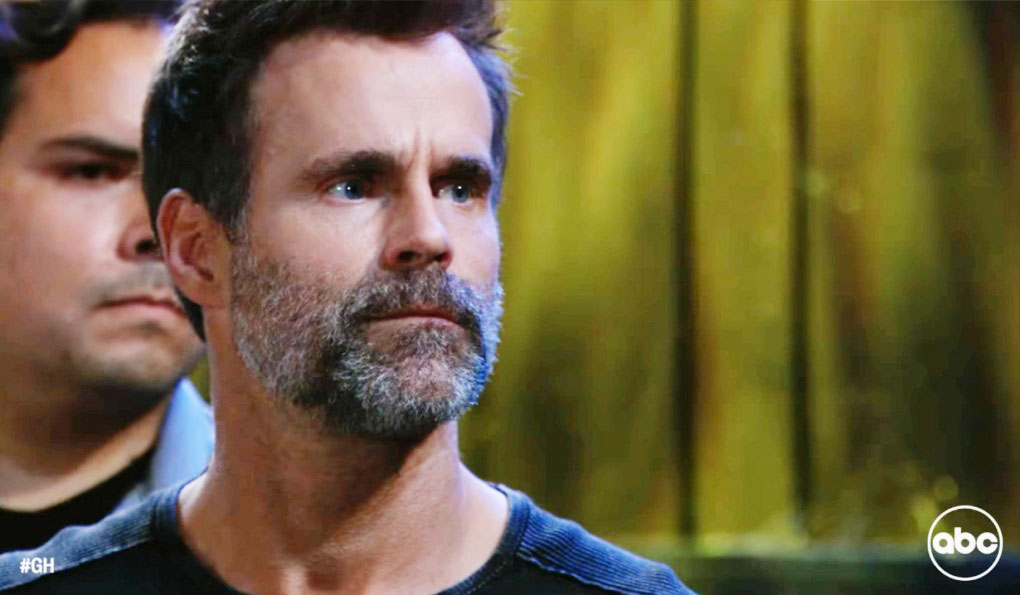 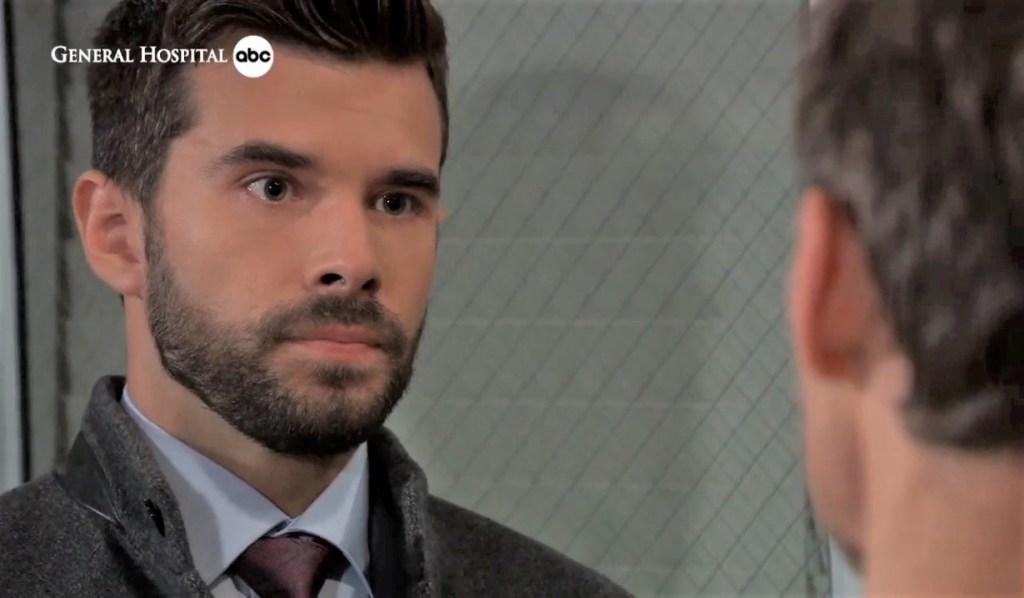 What promises to be an action-packed week kicks off with things getting increasingly tense for all of those gathered on Cassadine Island.

When Brando’s in need of support, Maxie is there to give it to him.

Jax unexpectedly runs into Carly. (We’ll be extremely anxious to hear what he has to say, given that this is the final episode in which an exiting Ingo Rademacher will appear.)

Maurice Benard takes a unique approach to unpacking Sonny and Nikolas’ conflict: “He’s so damn sexy, have you ever looked in his eyes?” 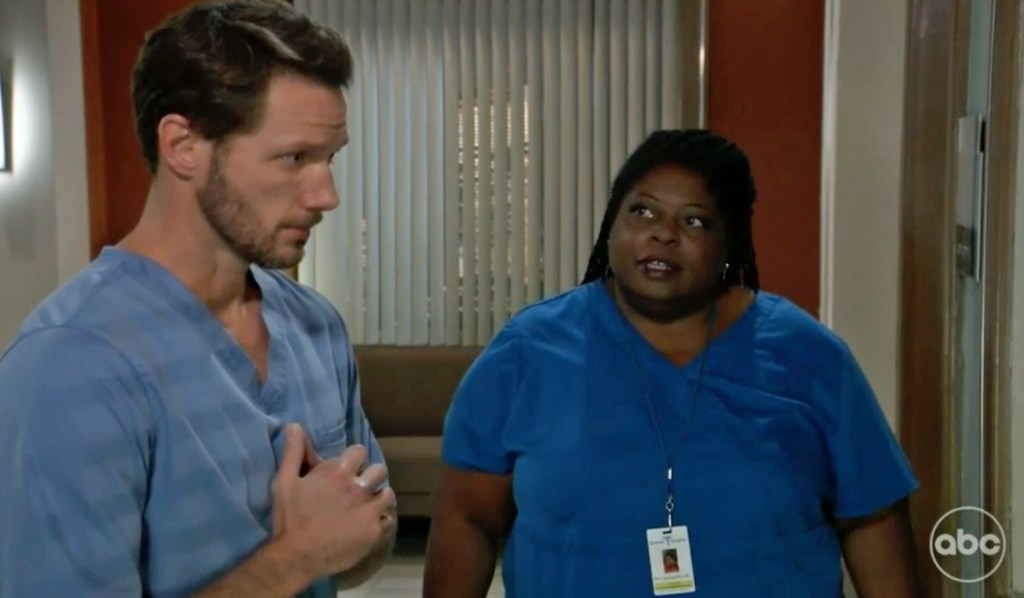 In today’s recap, Anna delivers bad news about Jason, Maxie learns Chase has subbed in for Valentin, and Brando and Sasha receive a devastating update about their son.

Really?!? Fans are coming in hot as Grey’s Anatomy teases a new romance between *these* characters. Plus, Maggie’s return and when the next new episode airs!

Sasha gets a visitor, and it’s not someone she expected.

Meanwhile, Valentin is ready to do what it takes to help Maxie.

If you sense a lot of people holding their breath on Cassadine Island, that’s because they’re all nervously awaiting news. 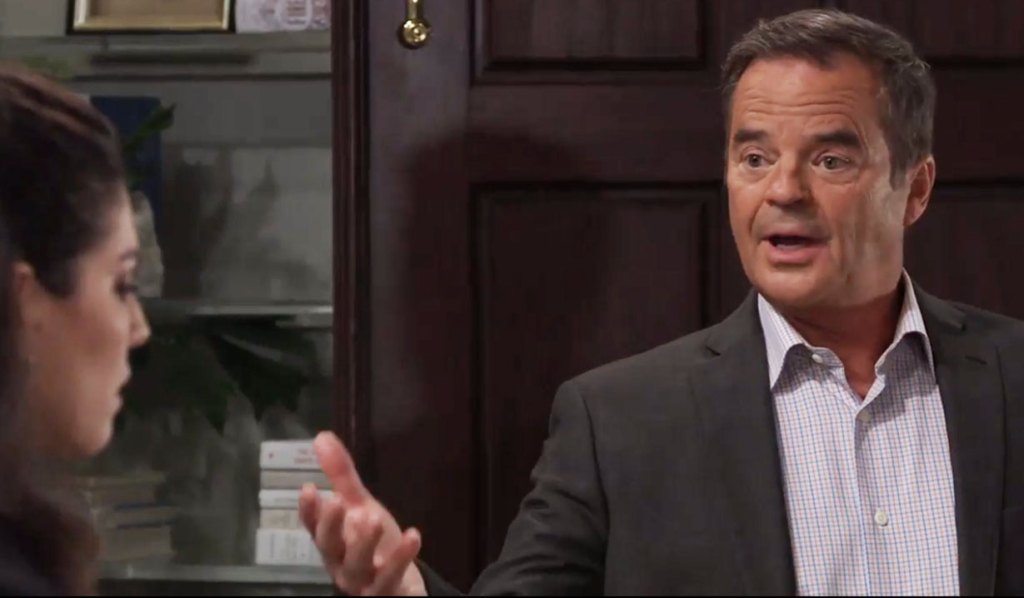 In today’s recap, Sam is shocked to see Drew at her door, Olivia apologizes to Austin, and Ned is appalled by Brook Lynn’s announcement!

Thanksgiving comes a little bit early to Port Charles, and it finds Sam and Dante enjoying their first holiday as an official couple.

Curtis and Portia continue growing closer, especially after he opens up to her.

Will Ned buy what Brook Lynn’s trying to sell when she spins yet another tall tale for him? And when Olivia seeks out Austin, might it indicate that she’s ready to hear what those around her have been saying for a while now?

What news does Chase share that catches brother Finn off guard?

Due to the holiday, the show will air a repeat of the February 5, 2021, episode in which Nina first learned Sonny was alive in Nixon Falls.

The history behind the Quartermaine’s Thanksgiving pizza tradition — plus, a Port Charles gift guide to kick off your holiday shopping!

The ABC soap will be preempted today, due to NHL and College Football.

Meanwhile, after last week’s episodes of not only General Hospital but the other daytime and primetime shows we love, we have some very big questions… see if you might be able to provide us with the answers!

While we wait for the drama to unfold surrounding Maxie, take a look back at her life in Port Charles in the photo gallery below then get all the latest General Hospital exits and returns in one place! 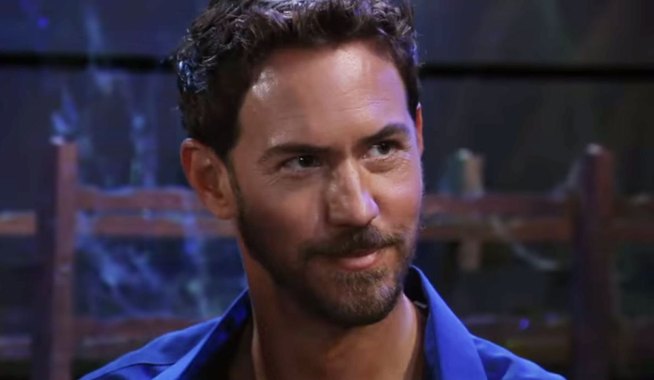 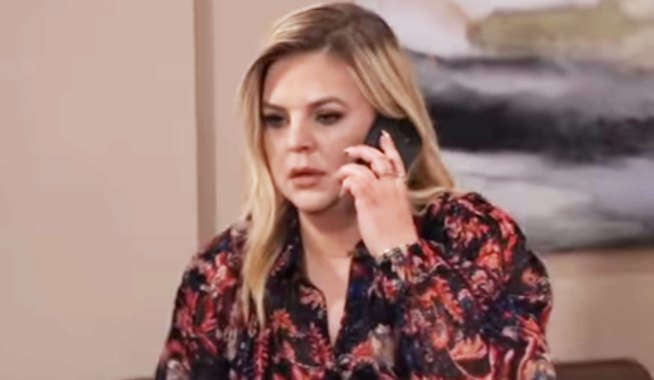