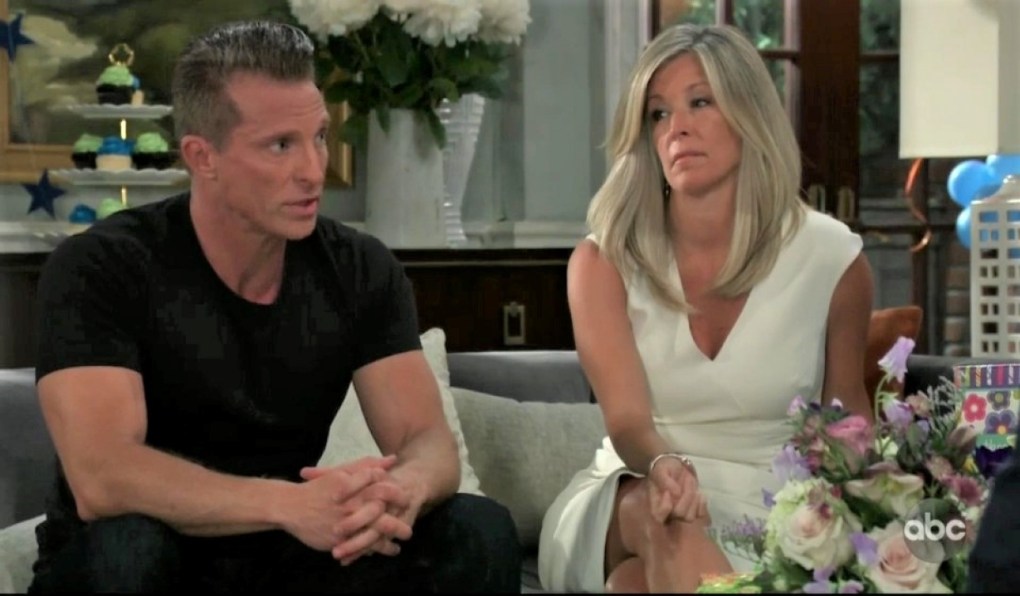 Soaps.com has the latest, new General Hospital spoilers for two weeks ahead from Monday, August 23, to Friday, September 3. As Jason and Carly’s wedding date approaches, “Mike” and Nina take things to the next level. Plus, Sam’s search continues, Jax seeks answers, and an enemy everyone thought long gone might soon be resurfacing… 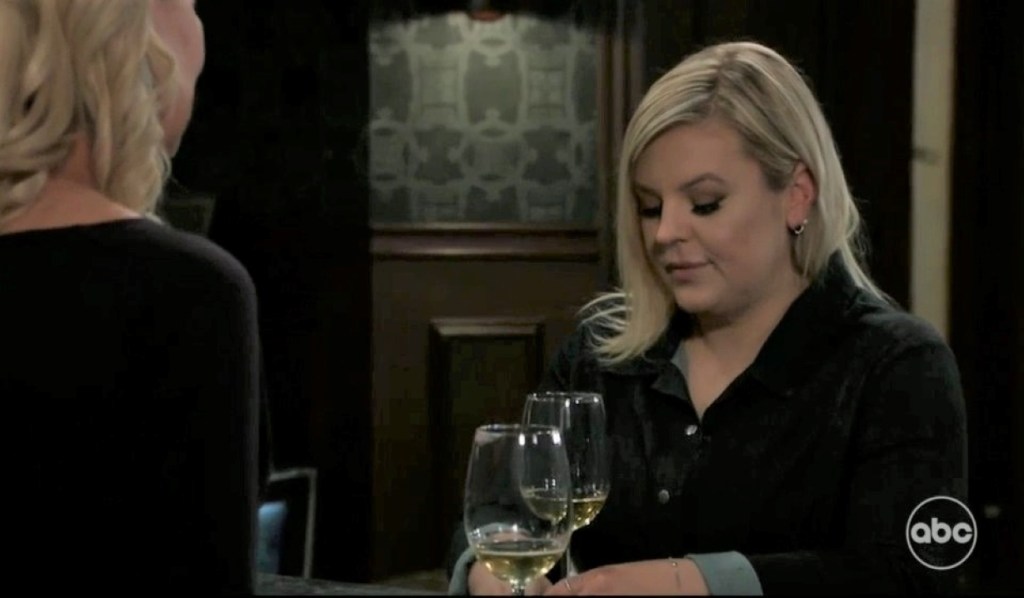 In today’s GH, as Nina panics over Maxie’s visit to Nixon Falls, Peter resurfaces. Plus, Brook Lynn confronts Chase about Austin, and Laura and Martin must go into hiding.

With Brook Lynn questioning Chase’s motives, could this be the next step in what we predict (and hope!) might be a great love story for these two?

As the truth about Drew continues to unfold, Sam hopes that Anna might be able to lend a helping hand.

Ned’s skills as a negotiator are about to be tested as he attempts to strike a bargain with Austin. 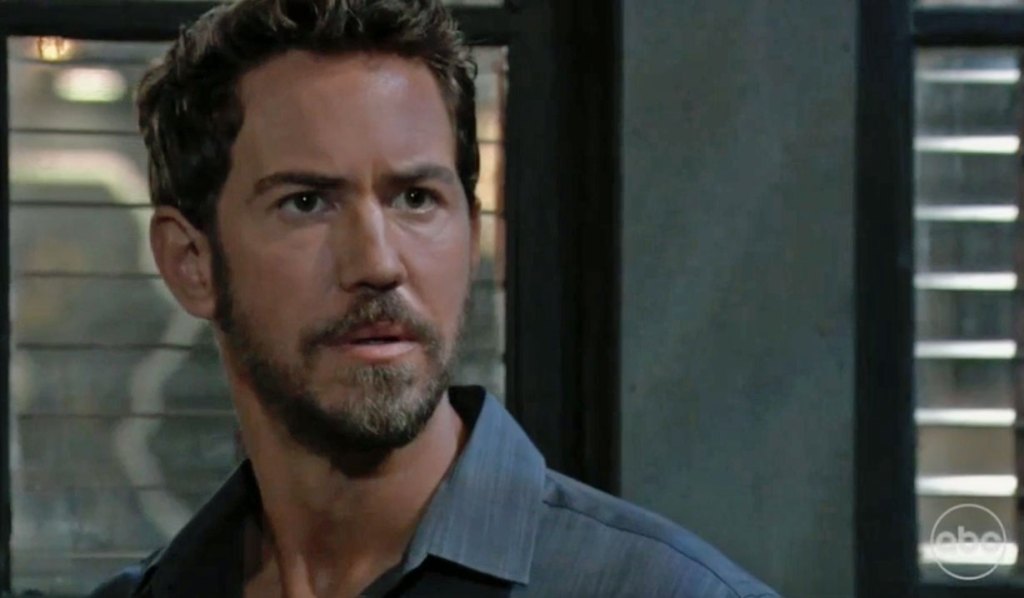 In today’s recap, Peter finds Sonny with Nina, while Michael, Willow and Chase reveal all their secrets. Plus, Drew forms an alliance with the real nurse Chole in captivity.

Carly’s a nervous wreck, but if anyone can get her to take a few deep breaths, it’s Jason.

You know what Britt and Terry don’t need? Elizabeth accidentally ramping up the tensions between them!

With the past determined to make a comeback, Sam finds herself contemplating what the future might hold.

As Tristan Rogers shares news about his status, he encourages fans to “all be positive.”

Jacob Young (ex-Lucky) shares poignant All My Children memories of his ‘hero,’ the late, great David Canary: “I think he thought, what’s with this kid?” 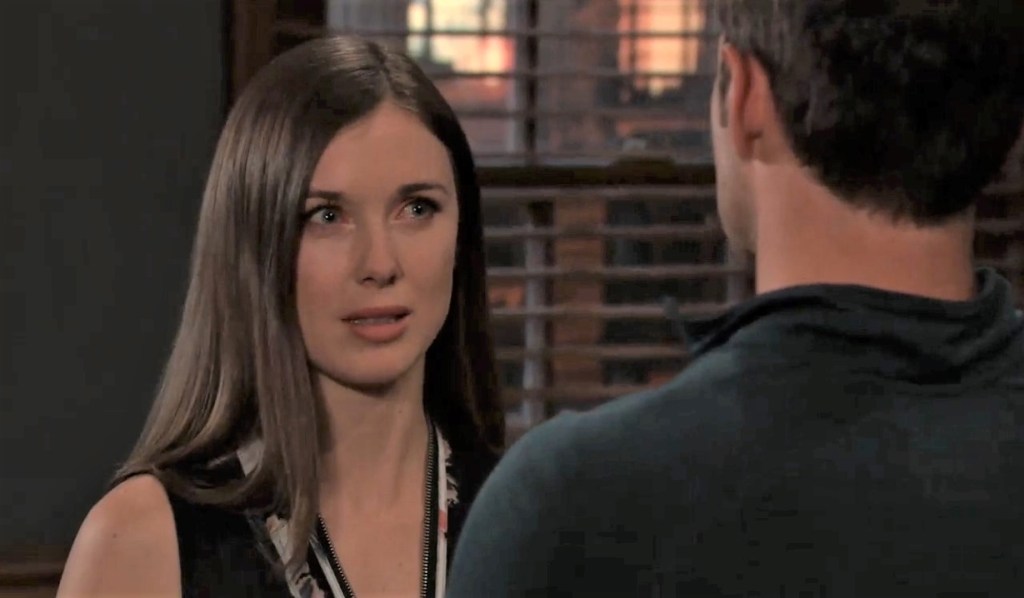 Jax and Carly don’t agree on much these days, but they do each recognize that it’s in their best interests to play nice for the sake of their daughter, Joss.

Maxie’s struggled since handing her baby over to Brook Lynn, as would any mother. Things become more difficult when she crosses paths with Valentin and “his” daughter, Bailey.

As Peter begins his reign of terror anew, portrayer Wes Ramsey laughs, ‘let the games begin’ — plus, the too-cute way he drew a line between his on- and off-screen selves! 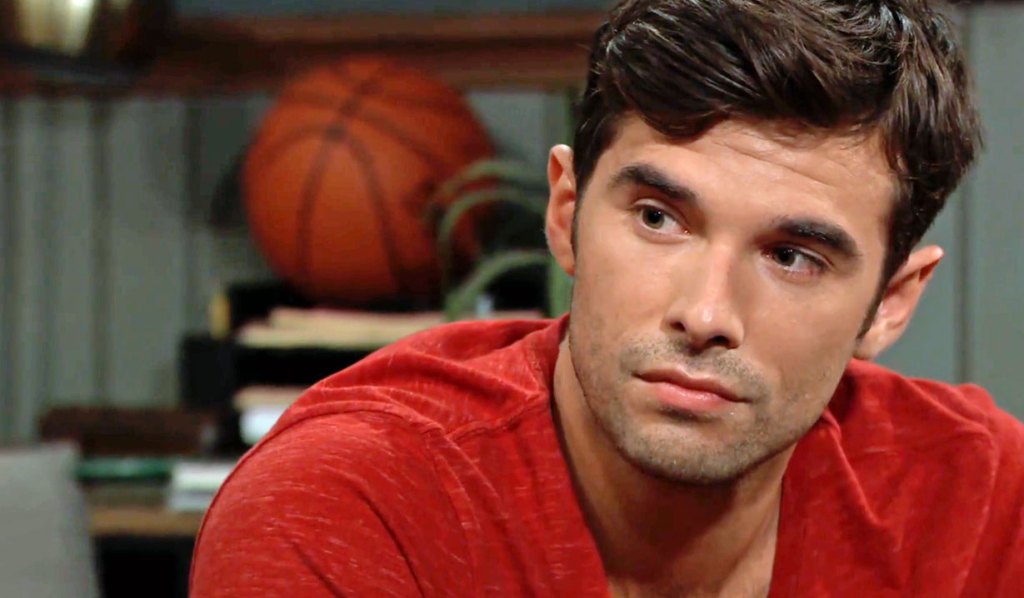 In today’s recap, Nina calls Liesl for help after Peter threatens “Mike” and Phyllis, Chase confides in Finn, and Willow sides with BLQ over Michael.

Maxie clearly needs a distraction, and what better way to keep herself occupied than by planning Carly and Jason’s wedding? With that in mind, she tracks down the bride so they can get to work!

Meanwhile, Jason sits down for a chat with future stepdaughter Joss about the increasingly-obvious tension between her parents.

Pop the champagne, because Britt and Obrecht are celebrating!

Finn’s had a pretty rough go of it, so he’ll no doubt appreciate the wonderful surprise he receives today.

Beloved All My Children star dead at 76: ‘He was a beautiful and fascinating man.’

In today’s recap, Carly and Jason lean in for a kiss, Esme takes an interest in Ryan, and Obrecht plans a trap for Peter.

Is Austin developing an interest in Maxie? Scott certainly seems to think that’s the case!

Cameron Mathison (Drew) shares a gorgeous family portrait that reveals how he got ‘the only present I need’ for his birthday.

By the time Sonny gets back to being Sonny, he could be out of a job — because Port Charles’ new power couple knows all the tricks to take control (and keep it!).

Meet the stars’ real-life loves in our newly updated photo gallery of the cast’s off-screen significant others. 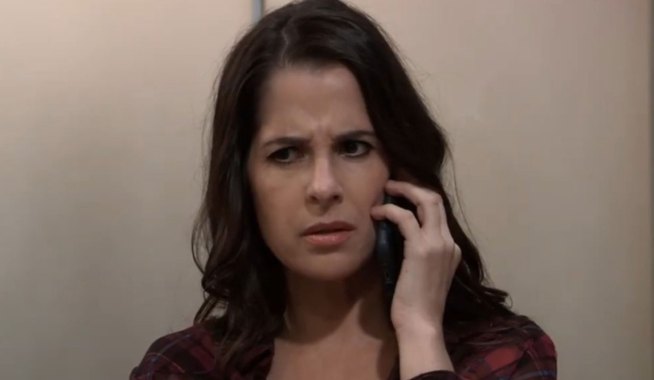 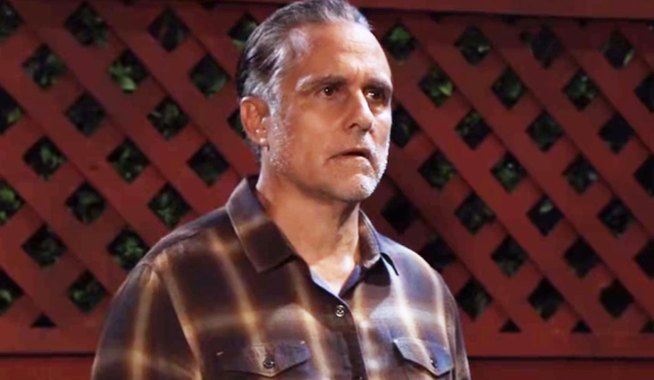