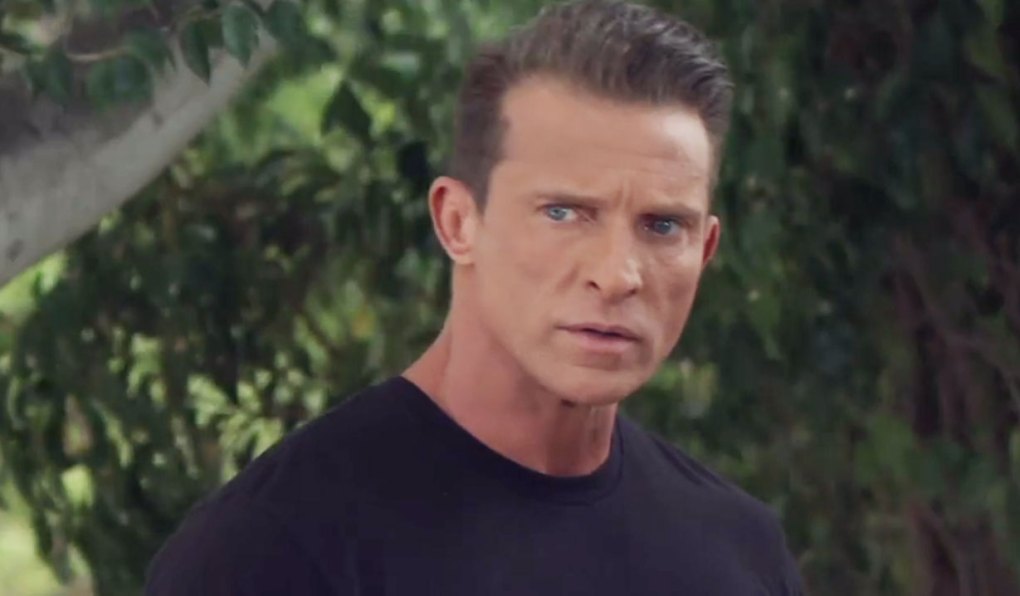 Soaps.com has the latest, new General Hospital spoilers for two weeks ahead from Monday, July 26, to Friday, August 6. Dante gets some advice from a woman who knows him well, Ava gives someone a second chance, Jordan wonders if her marriage is truly over and Anna finds herself discussing Peter with, of all people, Obrecht! 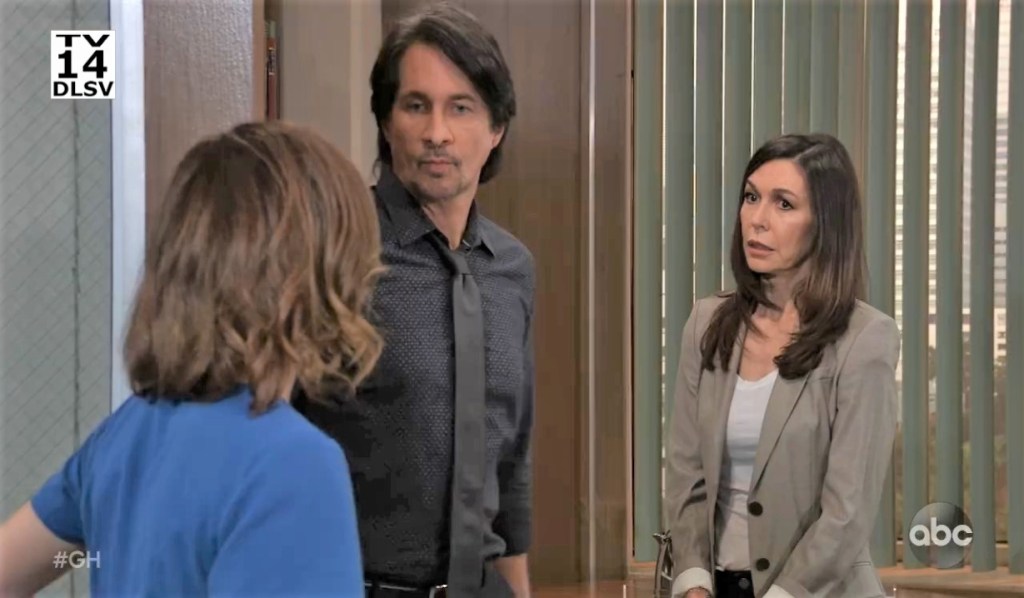 In today’s recap, Liz confesses all to Jason, Finn takes Anna to Peter’s body, and Shawn and Sam ask Jax for help.

Elizabeth was there to help Sam deal with the news of Jason and Carly’s engagement. But what causes Liz to wind up in a confrontation with Jason?

Anna’s been digging for the truth about Peter and his disappearance. When she goes to Finn with her latest suspicions, he confirms what she’s been thinking is true!

It’s visitor’s day at the prison, and Nikolas swings by the see his aunt, Alexis.

Shawn has questions about Hayden’s disappearance, but will Jax provide the answers he’s been seeking?

Britt and Terry are both hoping to be named Chief of Staff at General Hospital. Today, Monica will give one of them the good news… and disappoint the other. 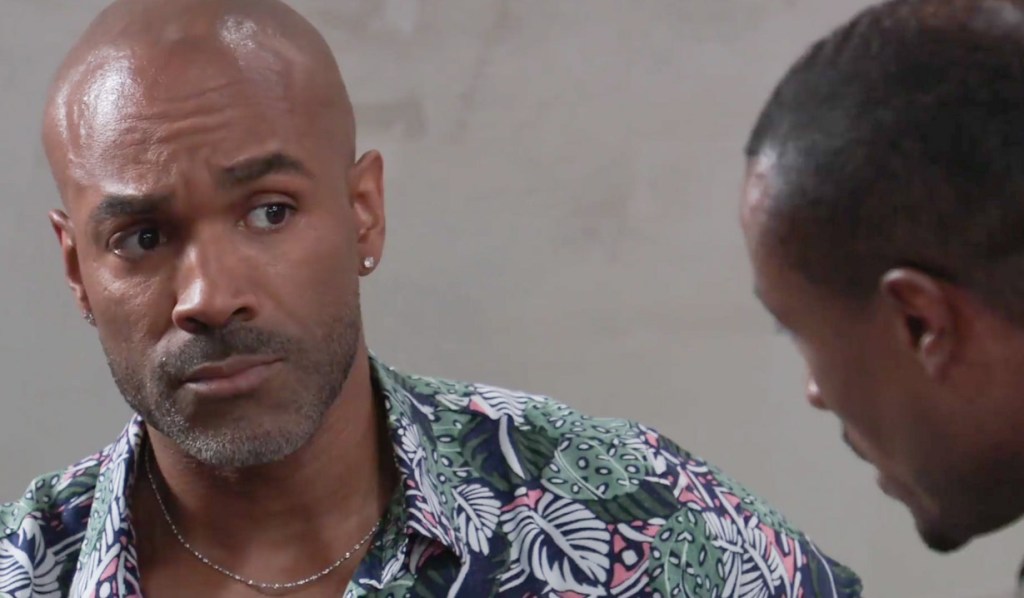 In today’s recap, Peter’s body is missing from the freezer, Stella takes action on Jordan’s behalf, and Curtis makes Shawn an offer.

In need of someone to confide in, Elizabeth turns to her former father-in-law, Scott. (Anyone else willing to bet it’s not a coincidence that he’s an attorney?)

The Metro Court pool is the place to be these days, so it’s not surprising that it’s also where Shawn and Curtis wind up reconnecting. Meanwhile, Trina wants to be happy for her mom… but can she actually let herself be supportive?

Josslyn has news she is anxious to tell her mom… but Spencer manages to ruin her attempt at doing so.

Along with a gorgeous new family portrait, Steve Burton reveals what’s left him feeling ‘recharged’ and ready for action! 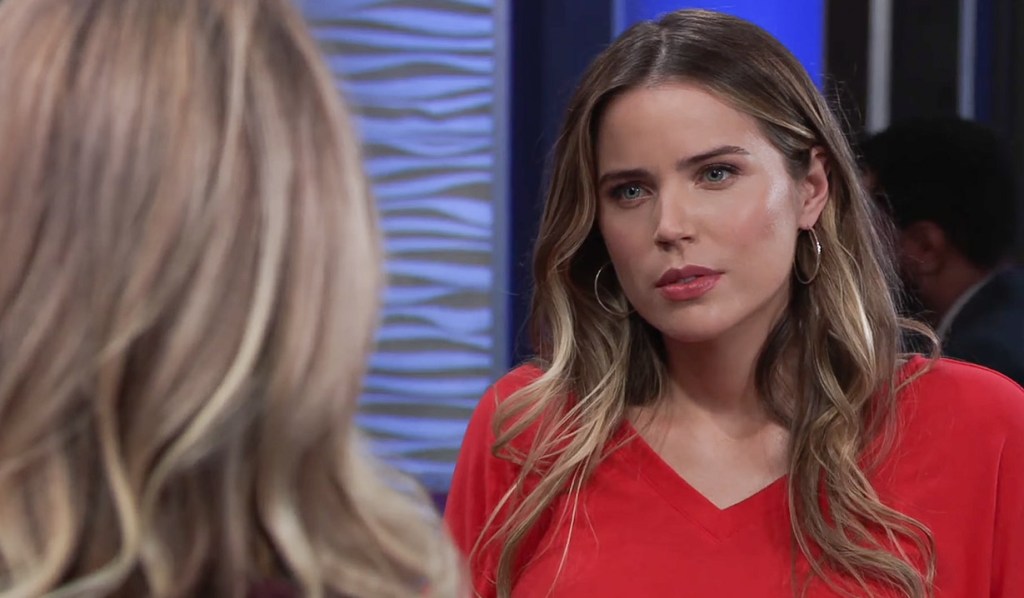 In today’s recap, Dante discovers blood in the GH basement, Portia and Curtis fight about keeping secrets from Trina, and Sasha offers Gladys a job at Deception.

With Peter’s body missing, the big question on every viewer’s mind: Is he dead or alive?

Carly opens up to Laura about her grief over the still-fresh “loss” of Sonny.

Brando has a vision regarding his future. When he shares it with Sasha, will they be on the same page? Meanwhile, his mom, Gladys, realizes she’s going to have to make a few changes where her life in Port Charles is concerned. 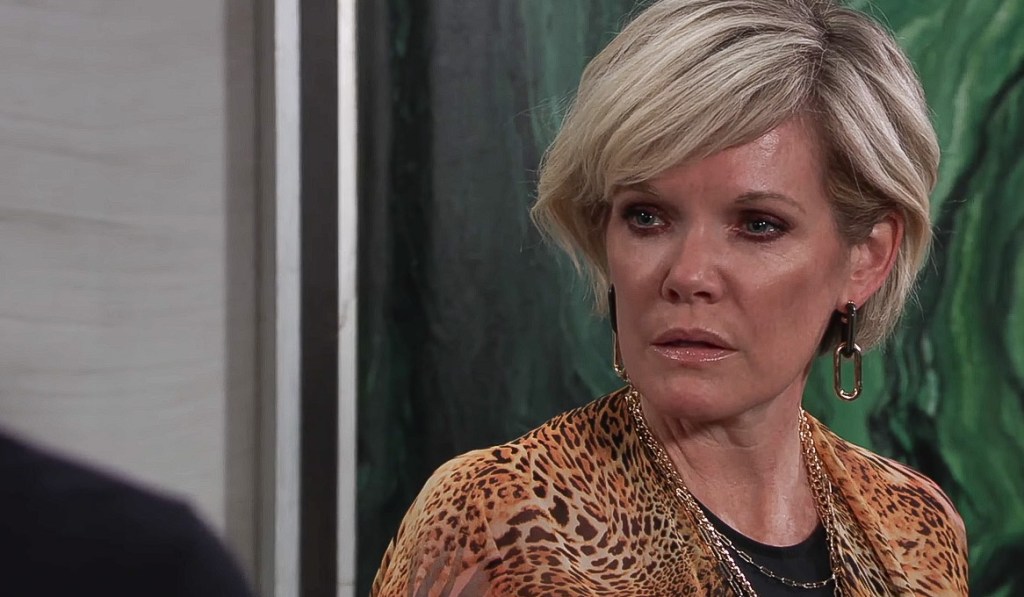 In today’s recap, Valentin realizes Peter could be alive, Elizabeth urgently calls Nikolas about Hayden, and Spencer catches his father with Ava.

What puts Dante and Anna on opposite sides of their confrontation?

Olivia loves nothing more than dispensing advice, so she’s happy to offer some to Brook Lynn.

Given his involvement in what went down during Hayden’s final days in Port Charles, it’s understandable that Nikolas bristles when he finds out Sam is trying to track down his former wife’s shooter. Meanwhile, Trina suggests that Spencer should throw a party at Wyndemere. (Clearly, she’s way too young to remember some of the past fetes held there… perhaps she should Google the words “Bacchanalia Ball.”) 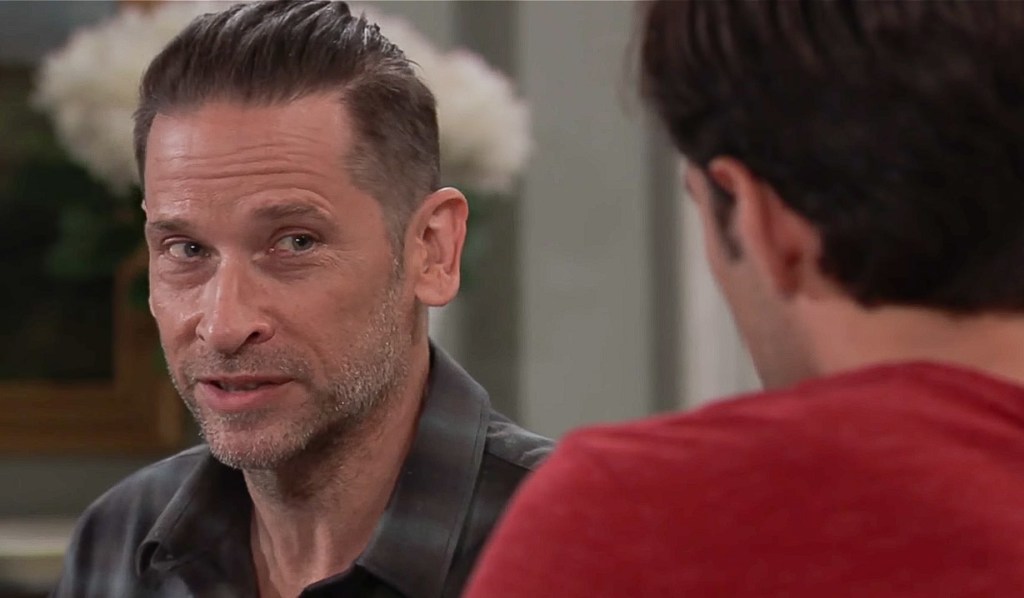 It’s getting harder and harder for Michael and Willow to keep their relationship under wraps. How long before their secret blows up in their face? Meanwhile, Chase continues to push himself in the hopes of getting his life back on track.

Brook Lynn can’t help being wary of Austin, the newest offshoot of the Quartermaine clan.

When Spencer attempts to manipulate Ava, will he be successful or might he have met his match?

Shawn is more determined than ever to find out the truth about who shot Hayden.

As situations around her spiral out of her control, an overwhelmed Jordan feels helpless. Meanwhile, Stella has a few things she wants Portia to hear and is going to make sure she hears them!

Feeling herself continuing to be drawn in two directions, Nina can’t help but feel guilty. But will she eventually feel guilty enough to reveal what she knows about the not-actually-dead Sonny?

Michael is there when Willow is in need of comforting. What we want to know is who’ll be there when Chase finds out what’s going on in his marriage, because he sure as heck will need some comforting! Speaking of whom, Austin is right there by Chase’s side to cheer his progress. Could the no-longer-dying detective be back on his feet (literally) sooner than anyone imagined?

Although yesterday, Austin was there to encourage Chase, today the new doctor in town is issuing warnings to his patient.

Something tells us Nina’s guilt won’t exactly be assuaged when she takes a video call from Wiley. (Might “Mike” catch a glimpse of his grandchild during that call? And if so, will he recognize the boy?)

As Joss is being teased about her relationship, Trina is dealing with feels of betrayal. But whom does she think stabbed her in the proverbial back?

Jordan and Curtis might not be quite as over as we thought. When Jordan asks her estranged husband to fight for their marriage, will he be willing to give it the old college try?

Their lives at a potential crossroads, Trina and Portia sit down for a long talk. Meanwhile, Stella has to make a confession to Curtis.

Alexis suspects that Harmony has ulterior motives for her actions. (And given that we’re talking about Harmony, it seems pretty likely the jailed legal eagle is right!)

Brook Lynn may be keeping a major secret from Valentin, but she still can’t help questioning his motives.

Carly is in for a heck of a shock when she realizes that Monica — Monica! — is in her corner.

Jax once again finds himself furious at the fact that Carly is continuing to put their daughter, Josslyn, in danger. But is there anything he can do to prevent it?

It wasn’t that long ago that Cameron was telling anyone who’d listen what a horrible person Jason is. But they’ve clearly patched things up, because today, the young man will be getting boxing pointers from Elizabeth’s ex! Later, Curtis takes time to say “thank you” to Cameron.

What causes TJ’s emotions to get the better of him while on duty at the hospital? Elsewhere in the facility, Terry swallows her pride and tries to make nice with Britt.

Find out what Meryl Streep said about Vanessa Marcil that made the General Hospital alum faint. Plus, the movie legend’s advice to the fan fave’s boyfriend.

Sam and Nikolas visit Alexis. The big question is whether they’re presenting a united front or each is there on their own business.

We all know it’s not easy for someone with a record to find employment once out of jail. But it could be Shawn’s lucky day when Ava offers him a job.

Jax and Carly continue to butt heads over their daughter’s future… as in whether Carly’s decisions are putting Josslyn’s life on the line!

Anna and Obrecht have a long, complicated history… which should make it fascinating when the two of them sit down to discuss Peter!

Lulu’s been in a coma for a very long time, and Dante’s been getting closer to Sam. Could that be the topic of discussion when his former mother-in-law Laura offers him some advice?

Find out exactly where Austin fits in the Quartermaine family tree by reviewing a photo album of Port Charles’ most quarrelsome clan. 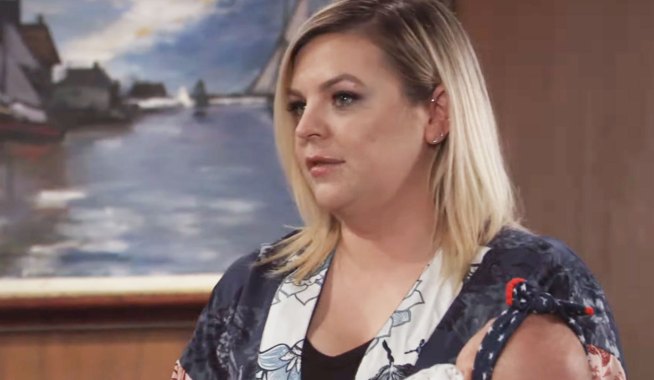 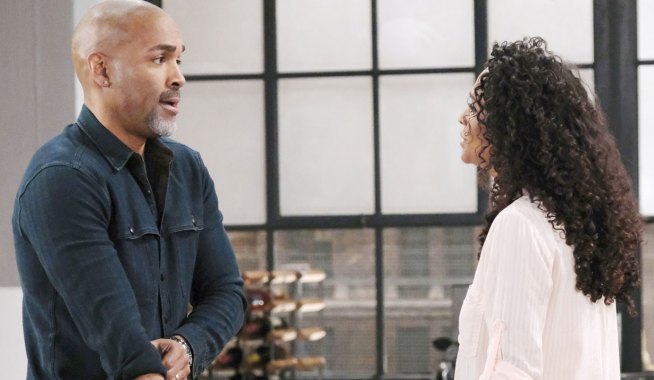