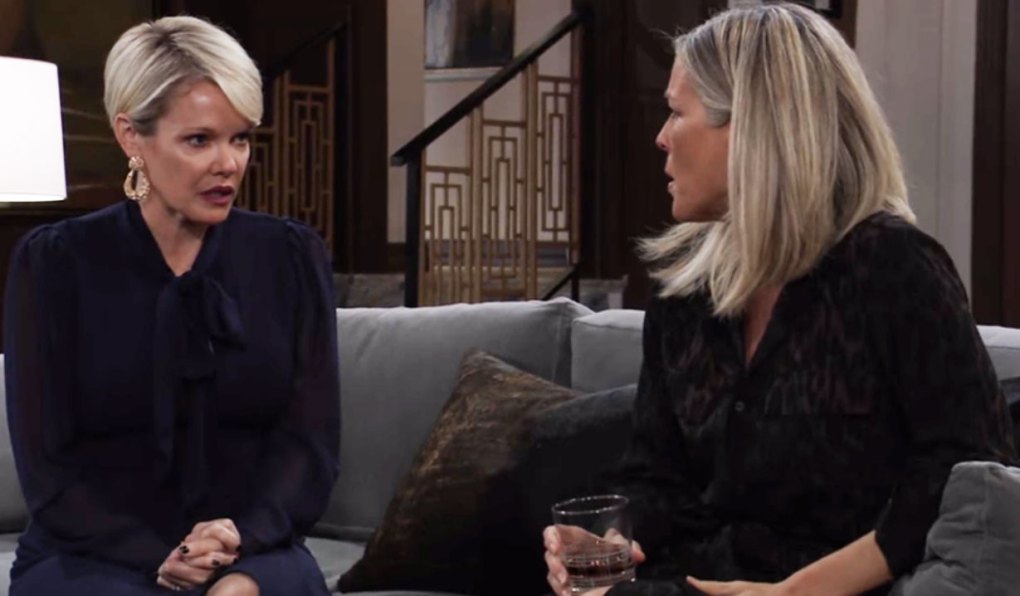 We’re back with new General Hospital spoilers for two weeks ahead from Monday, May 17, to Friday, May 28. A decision surrounds an upcoming birth, a connection is made, an unwanted visitor appears, devastating news is received and many are pulled into a mystery during a very special tribute episode.

General Hospital spoilers week of May 17:

Hot Topics: We are hoping General Hospital just laid the groundwork to bring Hayden back. Plus, has power gone to Carly’s head?

General Hospital spoilers for Monday, May 17: 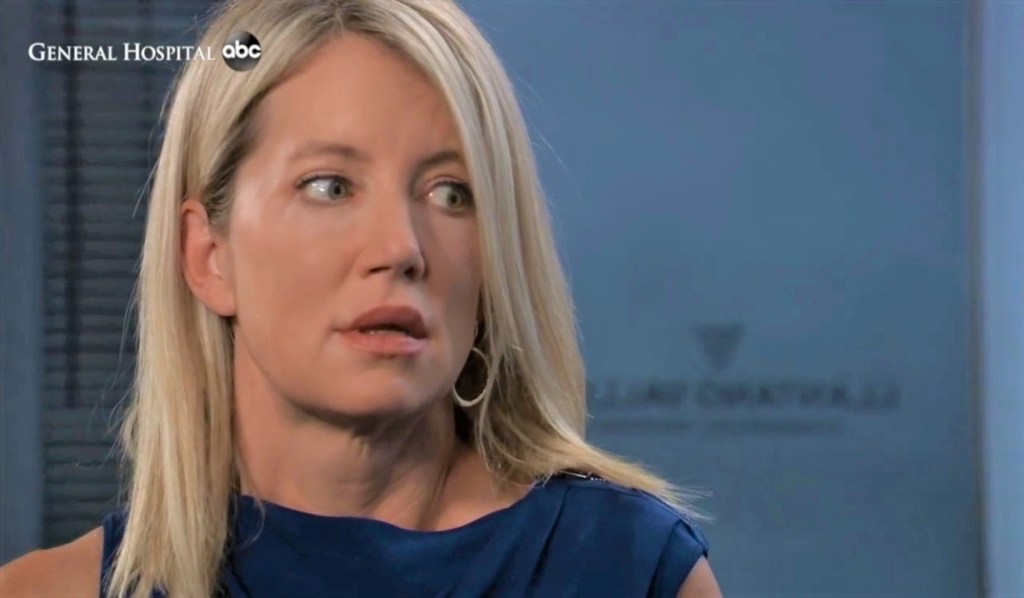 Valentin makes a suggestion that shocks the heck out of Brook Lynn, while Maxie and Peter come to a decision about the birth of their daughter. (Anybody else suspect that they might not be quite as on the same page as Peter thinks?)

Anna turns to an old friend for a helping hand, while Sasha tries to put a bit of space between herself and Brando.

When Liz gets confrontational, who is on the wrong side of her anger?

General Hospital spoilers for Tuesday, May 18: 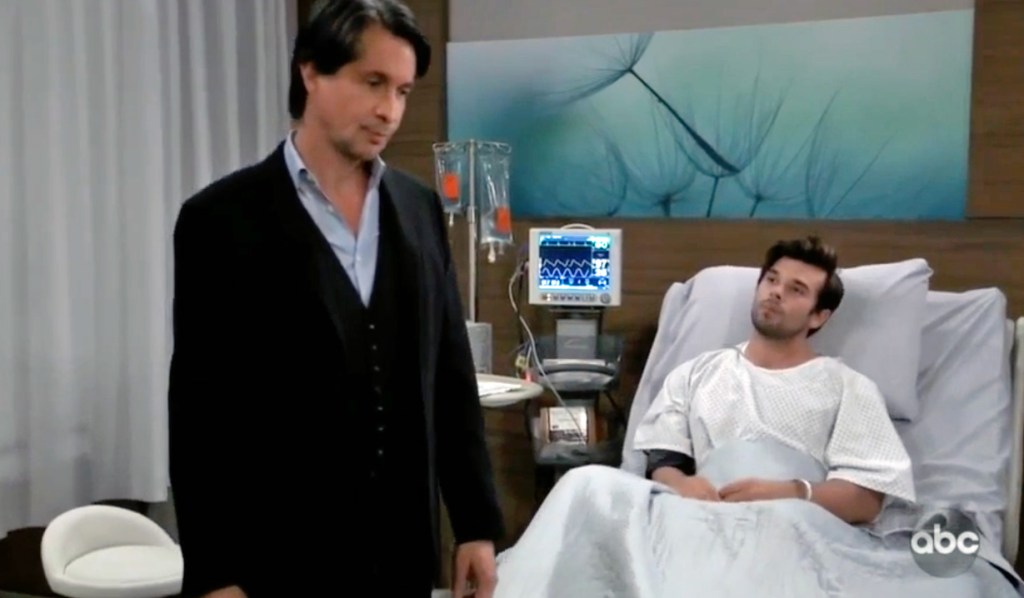 In Tuesday’s GH recap, Finn reveals too much to Chase who wants out of the hospital, Anna shares news of Sean’s death, and Carly has a new plan.

Britt sense that a fight is on the horizon… but with whom and over what?

As Carly is taking Diane into her confidence, Sonny is elsewhere forging a connection.

Anna’s going to need some comforting when she is on the receiving end of a bit of devastating news.

Who is the unwanted house guest Olivia finds herself having to contend with?

General Hospital stars put new castmate Cameron Mathison on the spot — seven times!: ‘I remember reading the script and honestly feeling like I missed something.’

General Hospital spoilers for Wednesday, May 19:

Carly and Gladys definitely are not the best of friends. But when Sonny’s “widow” takes a meeting with Brando’s mom, will they be able to see eye to eye?

Sasha manages to see her current situation as a second chance. Here’s hoping she doesn’t screw it up!

We thought Chase’s recovery was going pretty well, but suddenly, Finn is worried about his son’s well-being. Are things taking a turn for the worse?

Cyrus takes a meeting with his sister to tell Laura exactly where they stand. (Here’s hoping the button-pushing baddie is about to find out exactly who he’s dealing with!)

Mystery solved: Days of our Lives star reveals why she’s ‘so thrilled’ — and what it has to do with a certain General Hospital cast member!

General Hospital spoilers for Thursday, May 20: 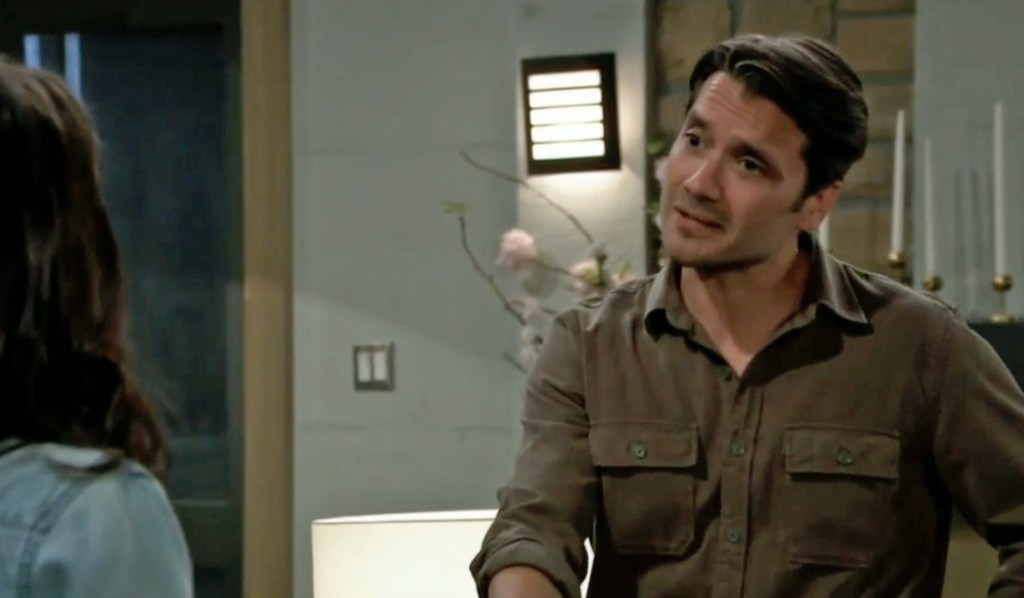 In Thursday’s GH recap, Sasha lies to Cyrus about the father of her baby, Shawn promises TJ he’ll be out in time for his graduation, and Dante confronts Sam about his tire.

Sasha doesn’t necessarily need a man to ride to her rescue, but Brando will prove to be there when she needs a helping hand, just the same.

Nikolas has a plan, and mom Laura is ready to sign off on it.

Sometimes, you have to take the small victories and run with them, right? That’s how Alexis feels when a win proves she made the right call.

Dante and Sam have been on the opposite side of things lately, and he’s about to call her out on her actions!

Will things go smoothly when TJ is able to reconnect with his dad?

General Hospital spoilers for Friday, May 21: 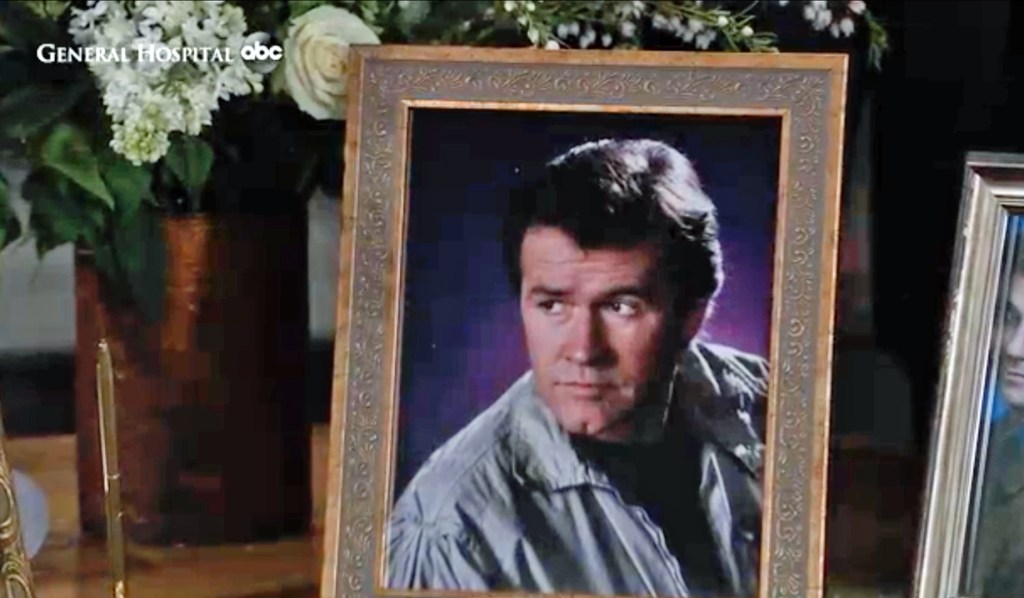 Join us in flashing back to one of this soap’s all time greatest — if devastatingly sad — storylines. But be warned… you’ll need a tissue or two!