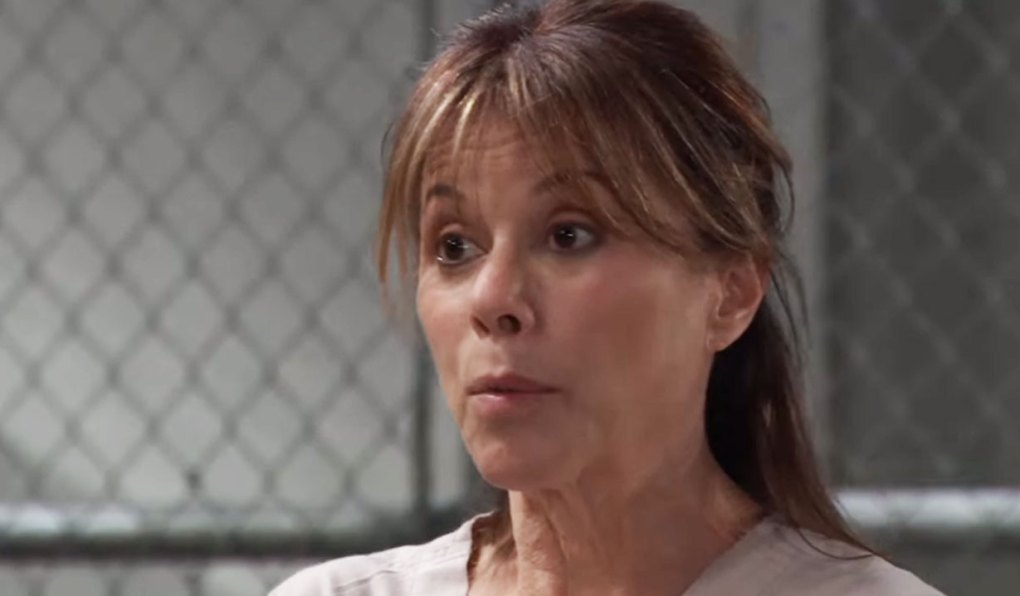 We’re back with new General Hospital spoilers for two weeks ahead from Monday, April 26, to Friday, May 7. Someone goes in search of help, another overhears a private conversation, one woman receives an offer from her nemesis and a surprise awaits an inmate in Pentonville. 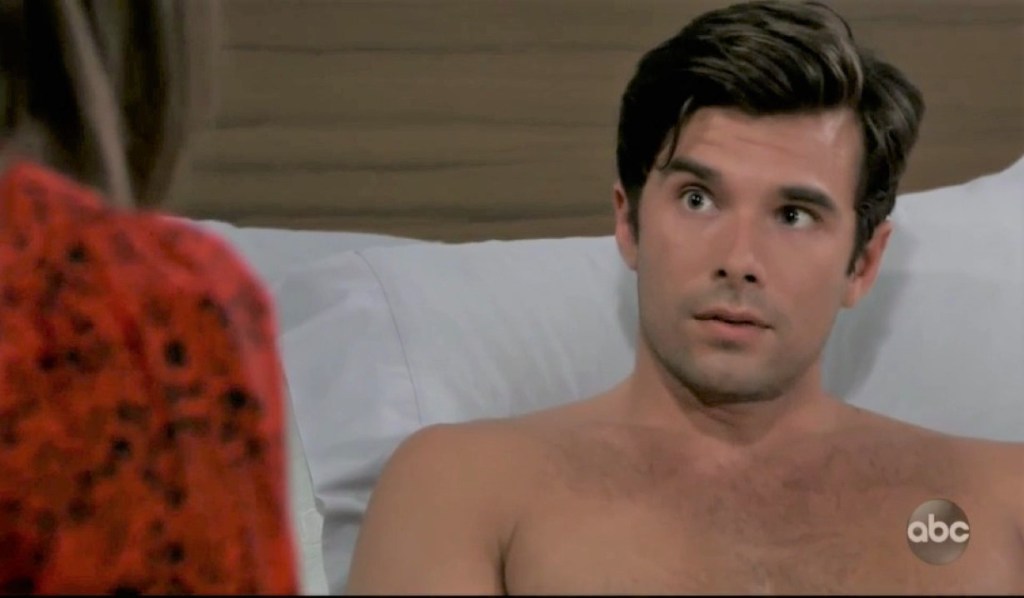 In Monday’s GH recap, Chase gets confused and convulses, Maxie calls Peter on Anna’s behalf, and Brook Lynn asks her granny for help.

Anna has a confession to make to Maxie, while at the same time Olivia takes Dante into her confidence and Brook Lynn turns to someone for help.

While Chase is plotting out what he hopes will be a bright future with Willow, Finn is at the opposite end of the spectrum, finding himself feeling downright helpless.

The time has come! Roger Howarth is set to make a very dramatic return to General Hospital — but as whom? 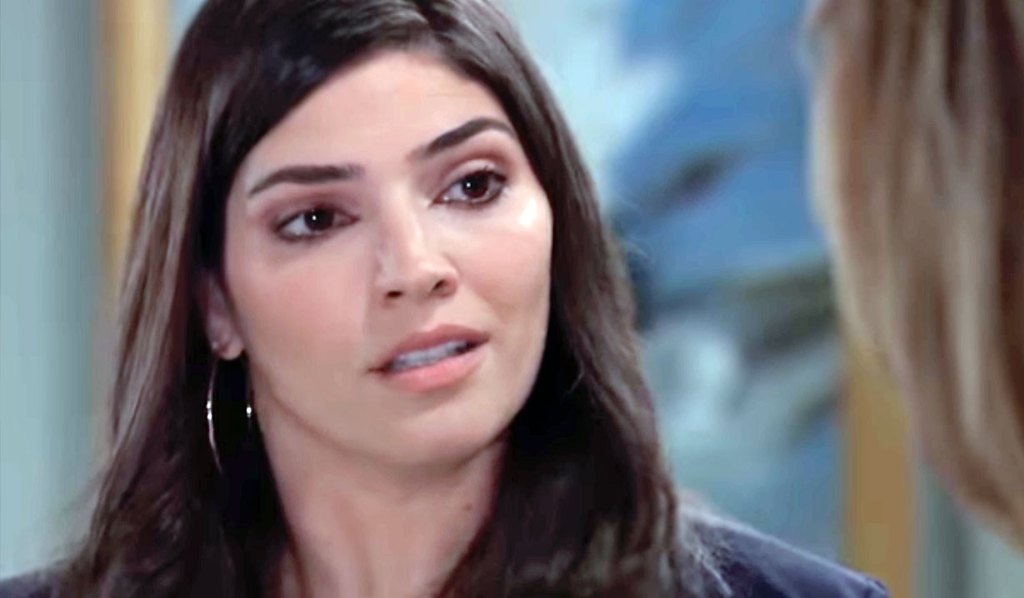 In Tuesday’s GH recap, Anna gets Finn the antidote, Brook Lynn thinks Maxie could be the answer to her problems, and Nina works to keep Jax from seeing Sonny.

Liz and Finn have been very supportive of one another in recent weeks, but she finds herself quite puzzled by his behavior today.

When Anna needs Maxie’s help, will Peter’s babymama come through?

While “hoping for the best” isn’t necessarily the greatest plan in the world, it’s the one Willow decides to go with.

When Dante shares his concerns with Sam, will she see things the same way? And what has his mom Olivia’s interest piqued? 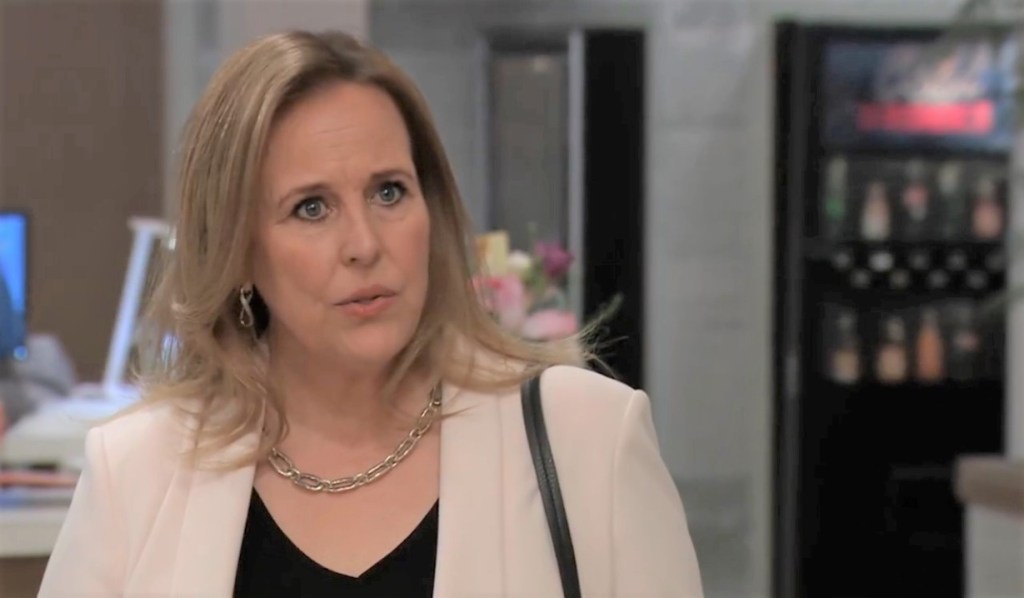 In Wednesday’s GH recap, Maxie agrees to work with Brook Lynn, Scott and Liesl go for martinis, and Jason agrees to Carly’s plan.

When Laura asks after Elizabeth’s well-being, is it more than simply a woman checking in on her former daughter-in-law?

Willow’s feeling mighty guilty. Will talking to Michael make the situation better… or worse? Meanwhile, his mom, Carly, finds herself wondering whether Britt can really be trusted. (Boy, that’s a question more than a few folks have asked over the years… right?)

An overheard conversation might just give Valentin the upper hand, while Maxie and Brook Lynn decide whether perhaps they can work together.

General Hospital’s Maurice Benard honors the woman who saved his career when he quit and ‘wanted to be a preacher’. 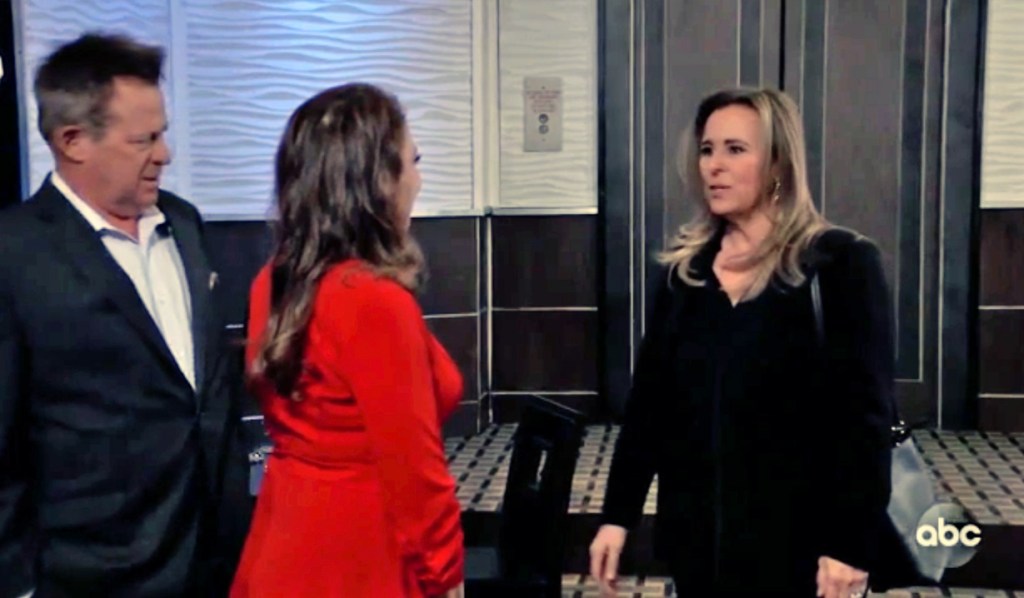 Ava and Nikolas have largely been on the same page of late, so what’s got them at odds today?

Sam arranges for Danny and Jason to spend a little father/son time together.

What’s got Joss telling a flat-out lie to Portia?

Laura goes to Scott with a few words of warning. Will they fall on deaf ears? 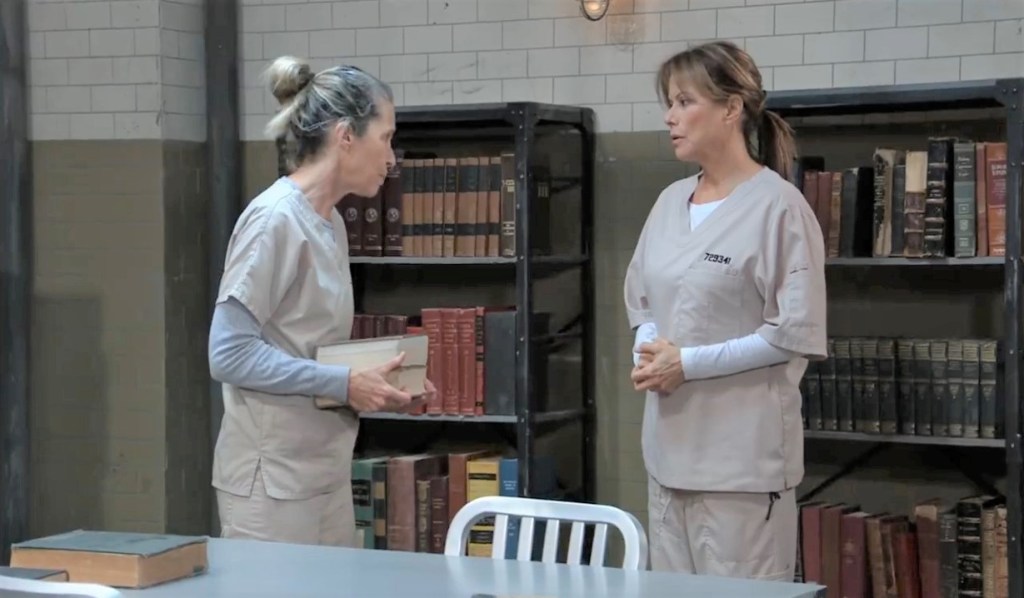 In Friday’s GH recap, Carly, Laura, and Ava team up against Cyrus, Shawn and Alexis reconnect, and Jax turns down Nina’s offer.

Josslyn and Trina have a heart-to-heart. Meanwhile, Cameron once again unleashes his anger on Jason during a confrontation.

What is Nina about to do that catches Sonny off guard?

When Ava presents Carly with an offer, will it be the kind one can’t refuse?

The good news: Alexis has a new job! The bad news: She’s still behind bars at Pentonville. So what about her new position proves to be surprising (Something tells us it might be less a “what” and more a “who”!)

Capping their fourth-anniversary week, Wes Ramsey beautifully sums up his romance with Laura Wright: “Here’s to still feeling like we’re on that first date.”

As he says hello to General Hospital, Cameron Mathison says a heartfelt goodbye to a beloved castmate, assuring her that their relationship ‘is not going to end here’. 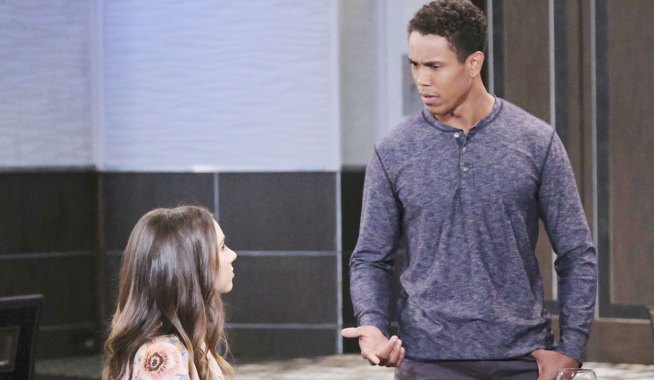 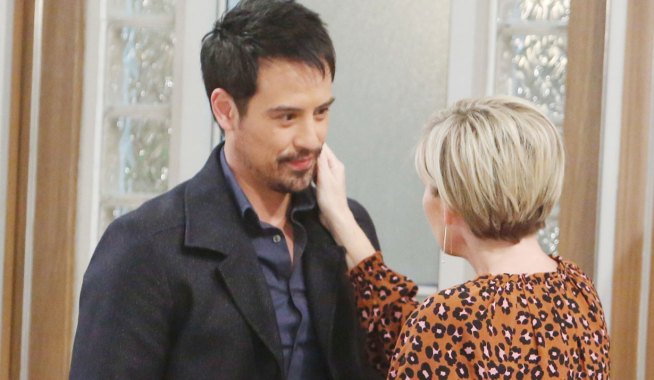