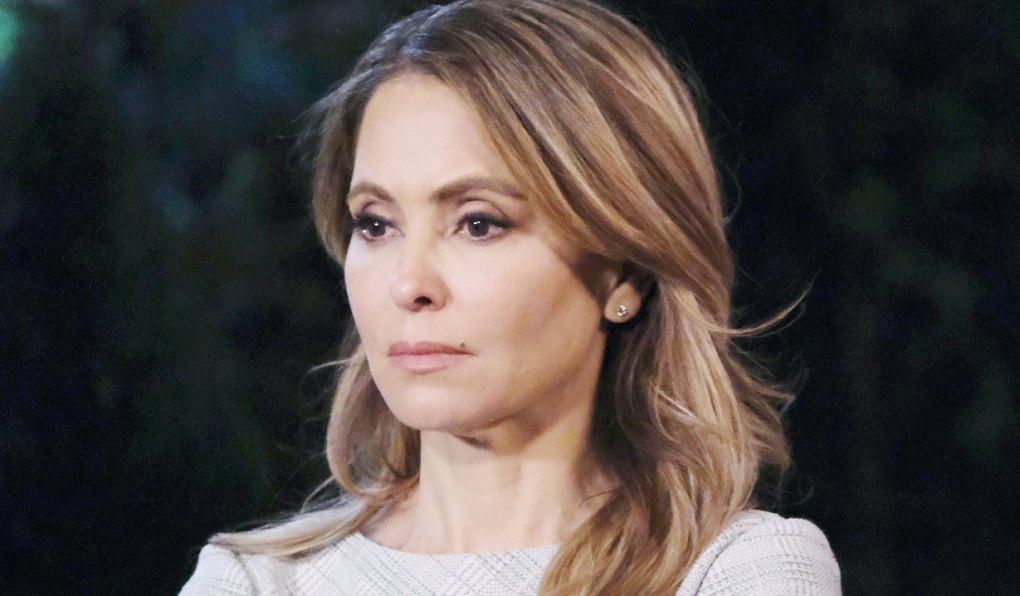 We’re back with new General Hospital spoilers for two weeks ahead from Monday, March 22, to Friday, April 2. Someone races to the hospital, as another is left to defend their actions. Plus, personal loses are faced, while bonds are formed.

GH Soapbox: Pondering Port Charles’ Legion of Doom, completing the mission, and if Finn is really the father. 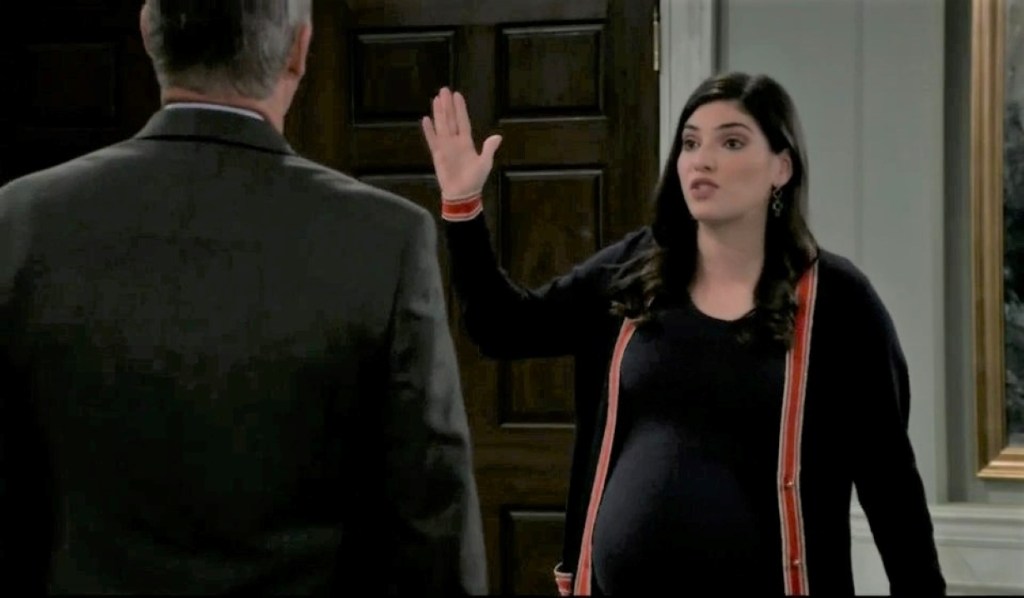 In Monday’s GH recap, Nina sees Sonny at the Tan-O, Ned guesses Brook Lynn wants to use her baby to get ELQ back, and no one has sympathy for Peter.

“Mike” and Sonny’s worlds could be on a collision course when Nina hopes to speak with Phyllis.

Carly’s not what one would call a shrinking violet, so we suspect she’ll rise to the occasion when the time comes to defend her actions. But will Jax have as much luck when he finds himself being blamed by Valentin?

What causes Olivia to rush to General Hospital while husband Ned is skeptical? 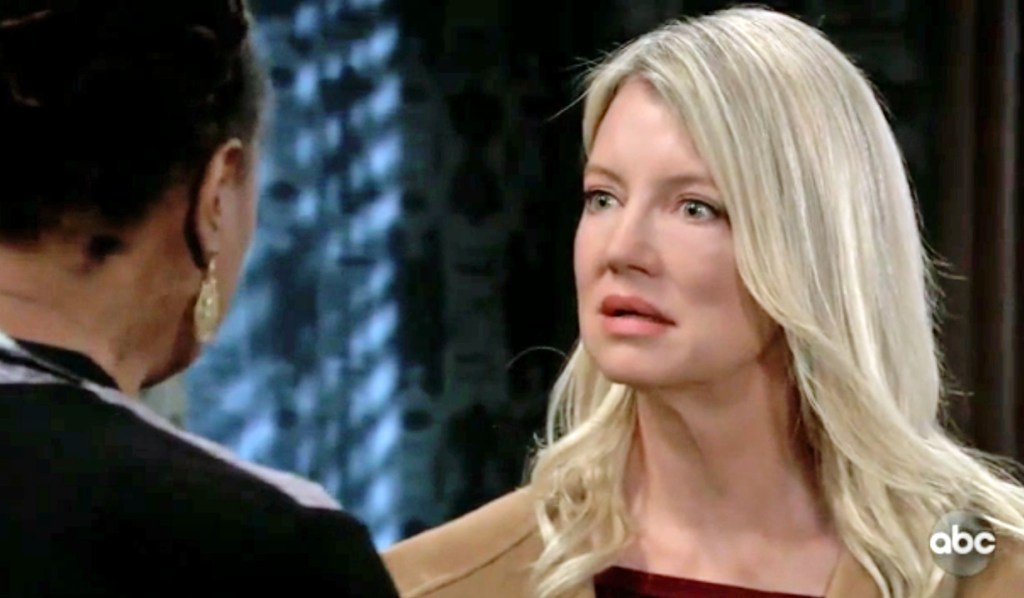 In Tuesday’s GH recap, Nina calls Carly after discovering Sonny has amnesia, Brook Lynn puts her plan against Valentin in motion, and Laura and Curtis try to help Cam.

Carly may not always have been the biggest Nina supporter, but she does want the best for Jax. Will he listen when Sonny’s “widow” urges him to chase after Nina?

Cameron is as focused as he is determined, a fact which surprises mom Laura.

Will Curtis be a big enough man to accept Trina’s apology?

As Liz continues to mourn her loss, Finn stops by to check on his friend. 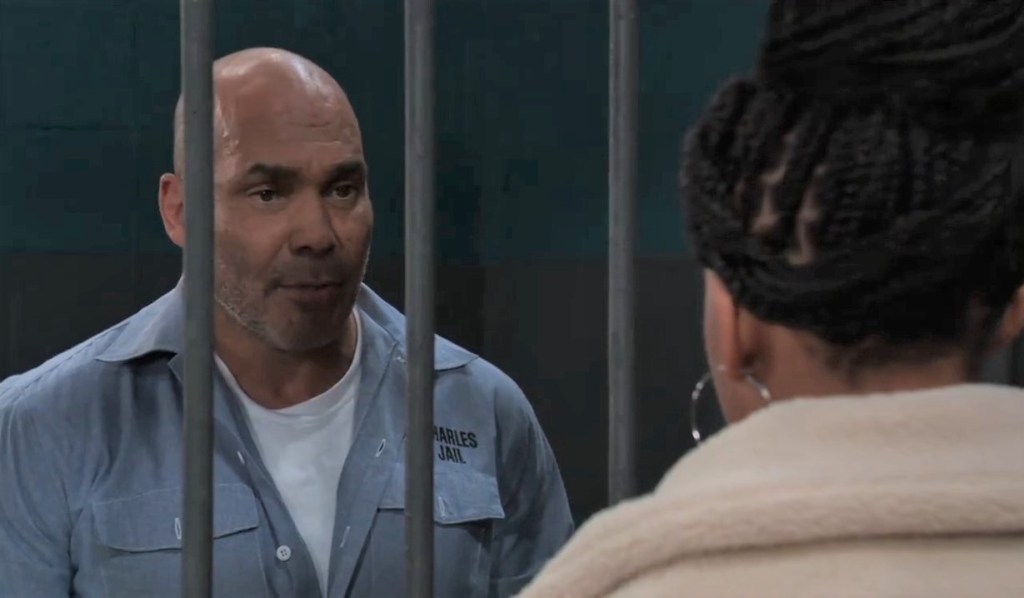 In a bit of news that will surprise absolutely no one, Carly once again proves to be her own worst enemy. Nina, meanwhile, has had a bit of time to think and finds herself having a change of heart.

Still reeling from recent events, Maxie needs all the support she can get. Today, both Brook Lynn and Lucas will be there for their gal pal. Meanwhile, Anna also finds herself mourning her personal losses.

Uh-oh, here’s something Jordan probably won’t want to hear: Portia and Curtis find themselves bonding over the highs and lows they’ve experienced in recent years.

The soap is pre-empted today due to a presidential news conference.

GH star ‘can’t take the cuteness’ of her son’s monumental milestone — plus, what insisted on ‘trying to ruin this moment’.

You’ll never believe who played Erica Kane’s assistant on All My Children — but here’s the footage to prove it: ‘The whole thing really blew my mind’

The big General Hospital lie that could ‘conceivably’ turn all of Port Charles upside-down. 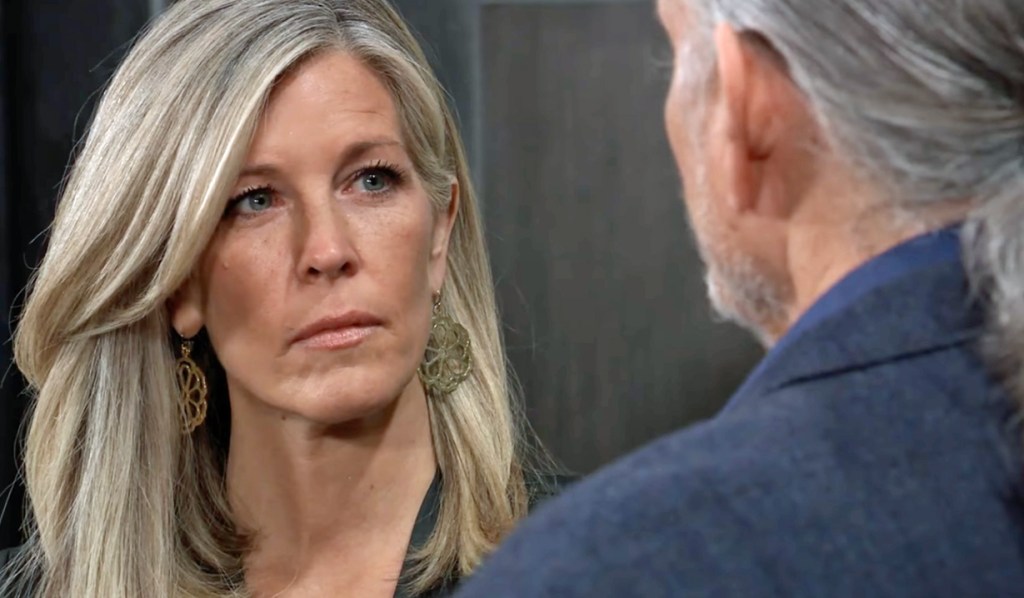 In Friday’s GH recap, Carly and Cyrus reach an understanding, Nina decides to stay in Nixon Falls, and the three women in Jason’s life try to help him.

It’s decision time for Nina. Will she exact diabolical revenge on Carly? She certainly has the means, thanks to “Mike.” Here, the headwriters weigh in on Nina’s state of mind.

There’s a mystery to be solved, and Anna’s on the case as she attempts to figure out exactly what happened to Dante.

Can Michael and Sasha find their way back to one another? We may find out as they attempt to bridge the distance between them.

Carly calls Diane, and we’re pretty sure she’s not looking for shoe advice from the legal eagle. (Although truth be told, Diane is the person we’d turn to for that, too!)

They haven’t always been the best of friends, but Jason and Taggert have occasionally found the fates pushing them together for one reason or another. Today, they are reunited.

Listen as Maurice Benard serenades a special lady in his life — plus, why she inspires ‘name-calling’!

Soap stars are used to getting fan letters from viewers. But how does it feel to be a viewer getting a fan letter from a soap star? Find out by reading what Kelly Monaco (Sam) had to say to her followers.

A year after his sudden passing, Soaps.com pays tribute to a beloved General Hospital alum by looking back at his varied daytime roles. 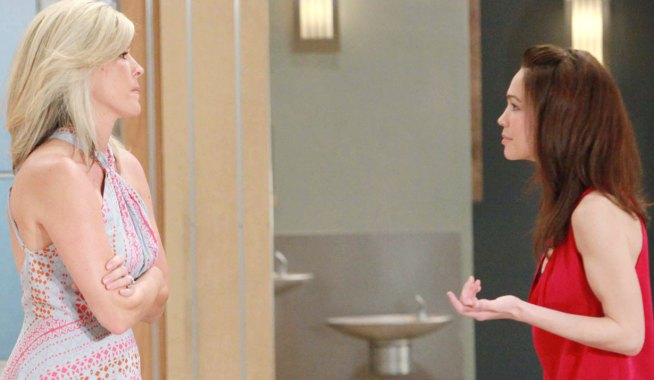 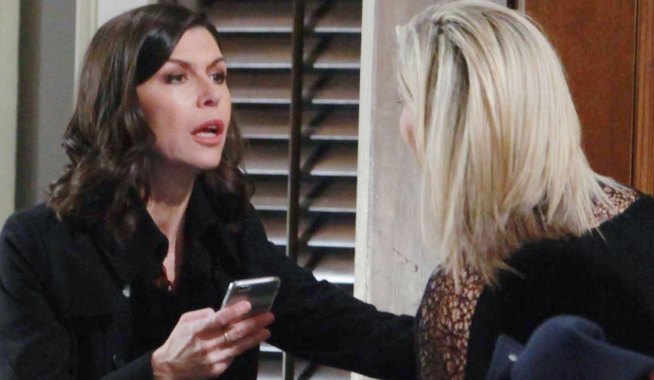