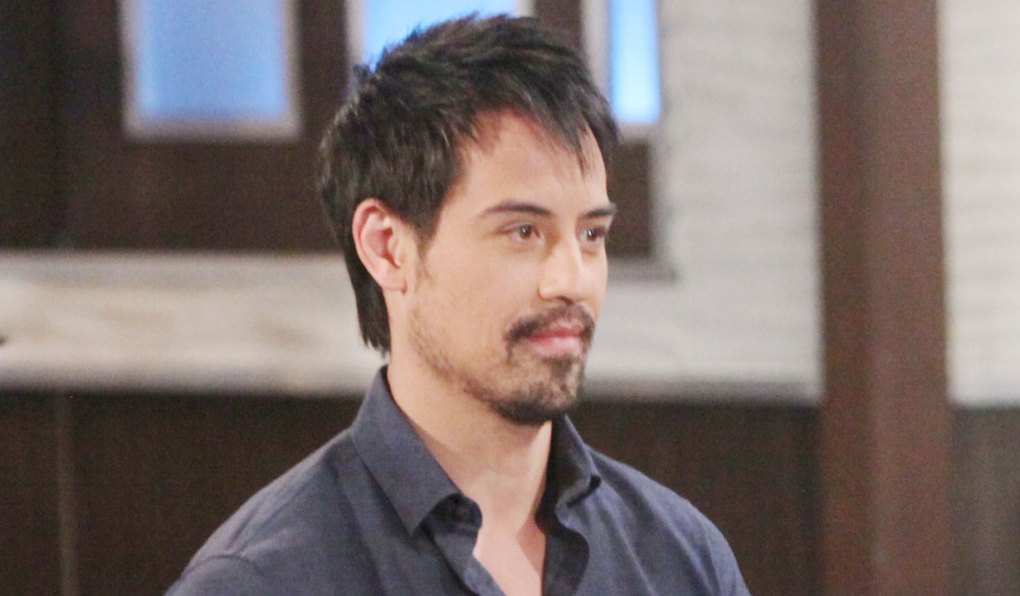 We’re back with new General Hospital spoilers for two weeks ahead from Monday December 21 to Friday January 1. Big news is revealed, two men face off during a challenge, the past collides with the present and much more!

GH Soapbox: Pondering if Julian will live to die another day and the not-so-merry family reunions. 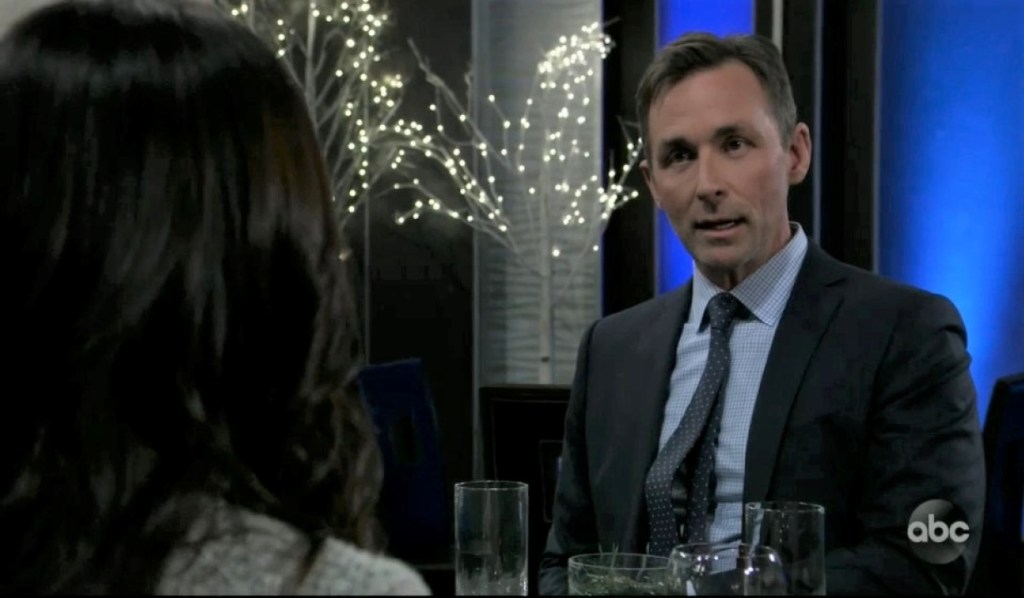 In Monday’s GH recap, Julian’s body is dragged from the water, Maxie and Peter discover their baby’s sex, and Finn is determined to come clean.

For months, it’s been clear that Cyrus and Laura were on a collision course thanks to the past which clearly connects them. Despite this, Mayor Collins insists today that they have nothing in common. Will she be proven wrong?

As Jason is struggling to reconnect with best bud Sonny, Dante is introduced to the newest member of the Corinthos family, his baby sister Donna.

Even as most fans are rooting for Maxie to wise up to Peter’s wicked ways, she and her husband-to-be receive a bit of news sure to bring them closer: the sex of their unborn child.

We’ve never thought of Finn as having much of a poker face, but we’ll find out for sure when Chase challenges him to a card game. 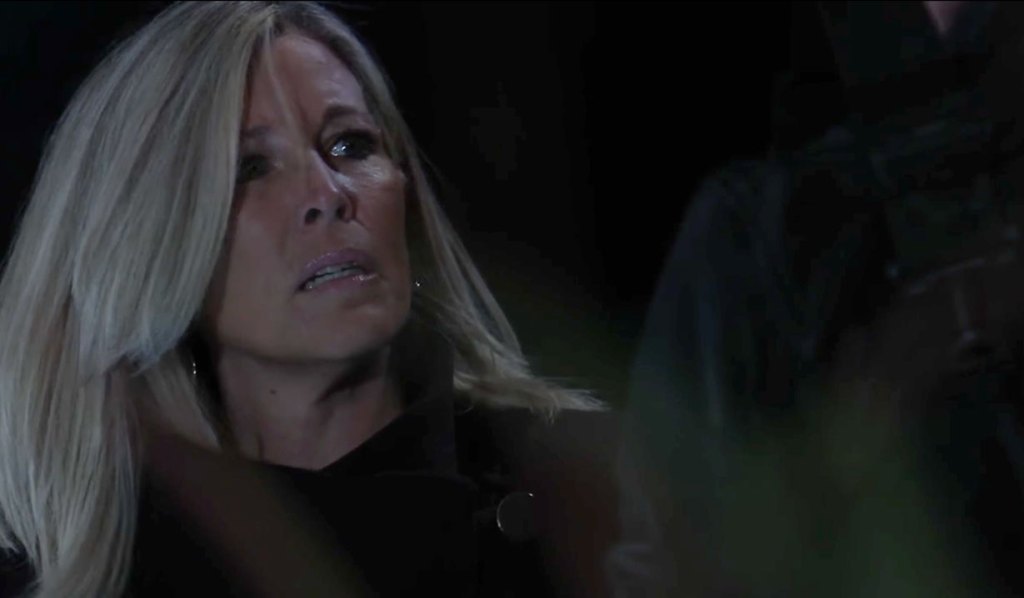 In Tuesday’s GH recap, Alexis chooses the drunk tank over rehab, Finn confides in Anna about Jackie, and Carly and Jason search for Sonny.

When Diane is summoned to the Port Charles police department to help out a friend, which of her many ethically-challenged pals (read: clients) will it be?

When Ava needs someone to turn to, Nikolas is there for her.

Finn’s not someone we’d ever consider to be an open book. But today, he does open up a bit more to Anna. Will what he shares help her understand the complicated man she loves?

The past and present collide when Robert finally has a chance to catch up with Jackie.

If there’s one thing we know about Obrecht, it’s that she never, ever stops scheming. Today, she comes up with a new plan… but to what end? 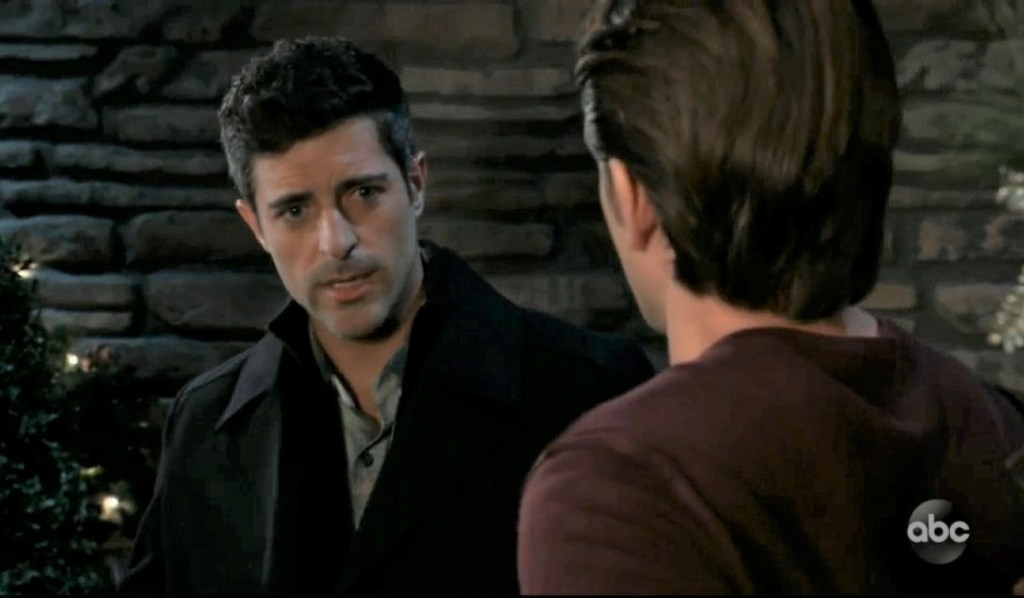 In Wednesday’s GH recap, Carly is visited by the police, Molly prepares to confess, and Michael asks Lucas to be Wiley’s uncle again.

You know things are bad when Carly is getting worried. And they might be even worse when she’s trying to hide how concerned she really is!

Find out what Michael does that manages to catch Lucas off guard.

Molly and TJ spend Christmas Eve bonding with each other as well as with Jordan and Curtis, the latter of whom also winds up receiving a bit of advice from Portia.

We’ve been thinking of late that perhaps Sasha and Brando have the makings of a potential couple… but we might have to rethink that after she goes off on him today.

The ABC soap will air an encore of its September 16 recap when Mike’s family said a final goodbye to him.

The show will be pre-empted today during the holiday, due to sports programming.

As rumors swirl around him, a General Hospital leading man shares a cancer update the set the record straight.