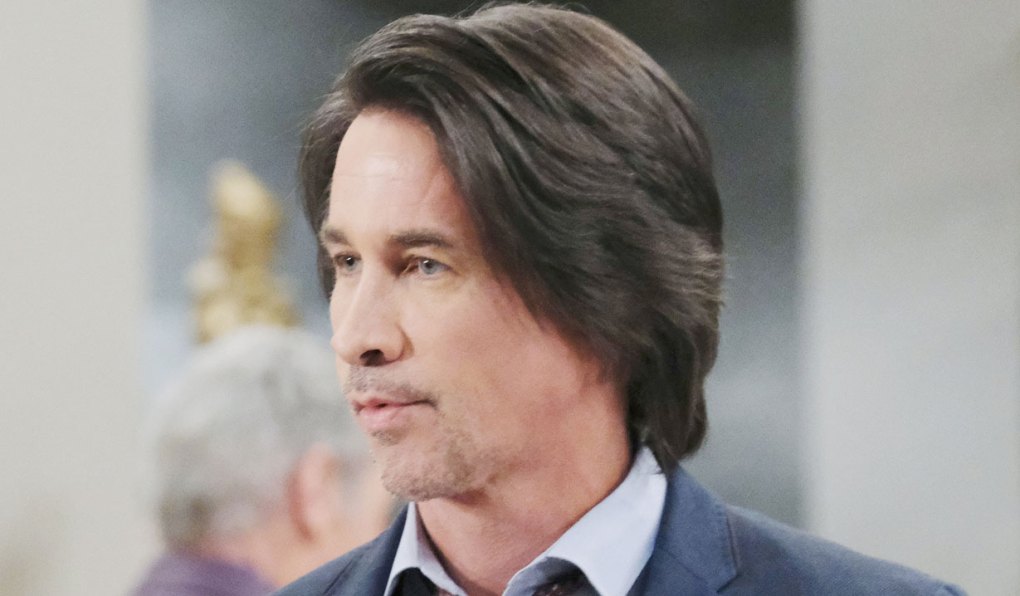 We’re back with new General Hospital spoilers covering the two weeks ahead from Monday December 7 to Friday December 18. Someone questions Cyrus’ motives, Britt may have to pay the piper, and an increasingly-desperate Julian seeks help from a stranger.

GH Soapbox: Looking forward to more Tracy, pondering who the real big bad is, and daring to hope where Franco’s storyline will lead.

Steve Burton (Jason) could be the next soap star to head-up a Hallmark movie.

In the General Hospital weekly preview, Sonny pulls a gun on Julian, as Tracy learns of Ned and Alexis’ one-night stand. In Monday’s GH recap, Willow makes a confession to Chase, Finn introduces Violet to Gregory, and Valentin is worried about Dante.

Finn and his dad haven’t always had the best relationship, but perhaps they’ll be able to work out some of their past issues when they spend the afternoon together. Meanwhile, will Anna help Valentin when he turns to her during a time of need?

The day many fans have waited for appears to have arrived as Maxie finds herself preparing to move forward with her life without Peter.

Franco hopes that Kevin will be able to offer him some advice, while Michael is filled with relief… but about what? 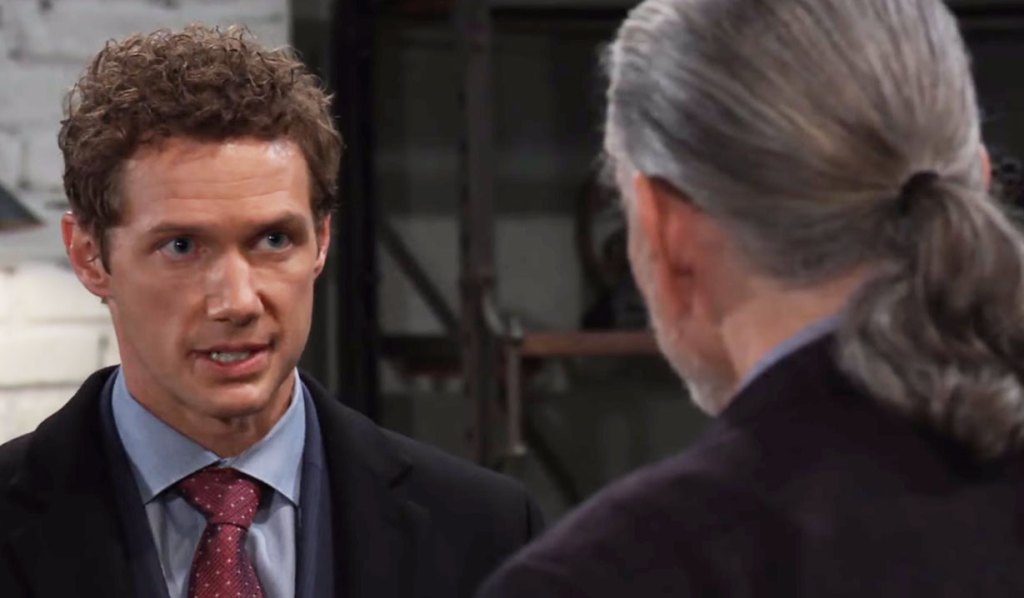 In Tuesday’s GH recap, Sam issues Jason a warning, Sasha lashes out at Cyrus and Sonny talks to Martin.

Sometimes, especially in the wake of a tragedy, one stops to appreciate the little things. Surely that will be the case when Jason carves out time to simply enjoy playing a board game with son Danny. At the same time, Sam finds herself having to make a difficult choice.

When Sasha sets her mind to something, she can be pretty stubborn. Will Brando figure out a way to change her thinking?

While Trina hopes Joss will help her get to the truth about her father, Curtis and Jordan take a moment to celebrate.GH Soapbox: Looking forward to more Tracy, pondering who the real big bad is, and daring to hope where Franco’s storyline will lead. 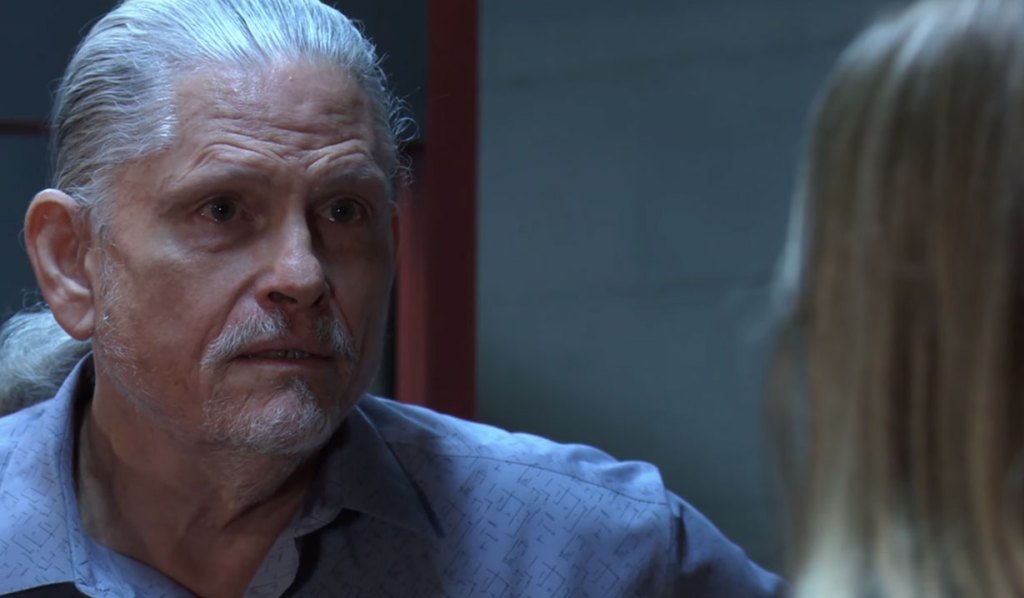 As the mystery around Cyrus and his motivations continues to unfold, Diane discovers an interesting tidbit about Sonny’s rival. Meanwhile, Laura — whom we now know shares a connection to Cyrus — receives an unexpected visitor, and Curtis gets a new lead which could prove useful.

Jason and Sam haven’t found it easy to carve out time for one another. And wouldn’t you know that when they finally do, it’s interrupted by a call from Sonny!

How will the understanding Willow and Michael come to impact the future of the family they’ve been building with Wiley? 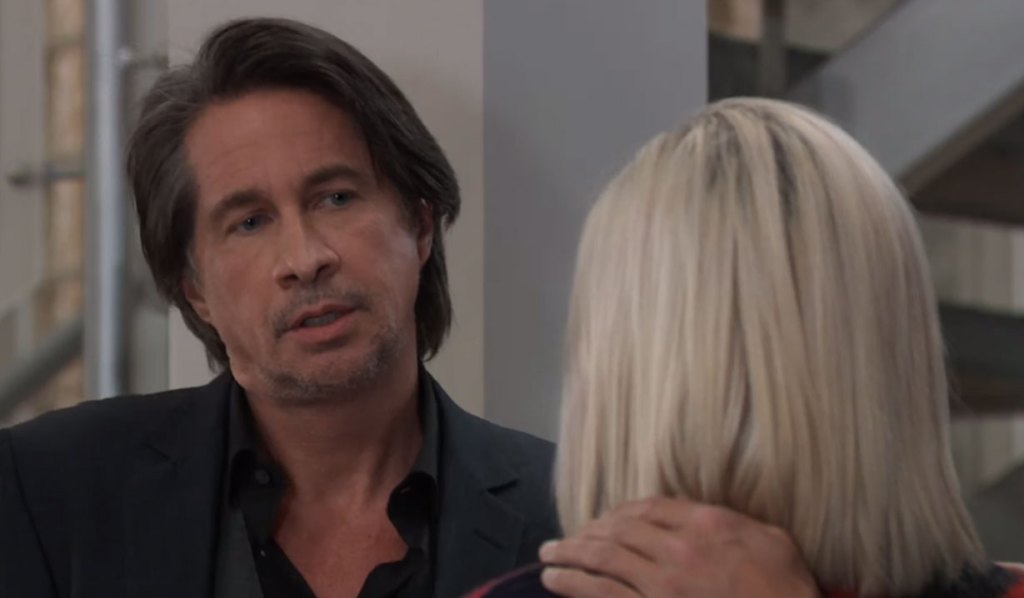 The already-tense situation between Sam and Alexis could reach the boiling point today. But what has Alexis done to leave her daughter feeling completely fed up?

Monica has been sitting on Ned’s secret for a while. When she shares news of her nephew’s infidelity, into whose ear will she be whispering it?

Dante and Anna make time to catch up with one another, while Finn finds himself getting caught up in an unexpected moment.

Scott is caught off guard when he runs into a familiar face so far away from home. 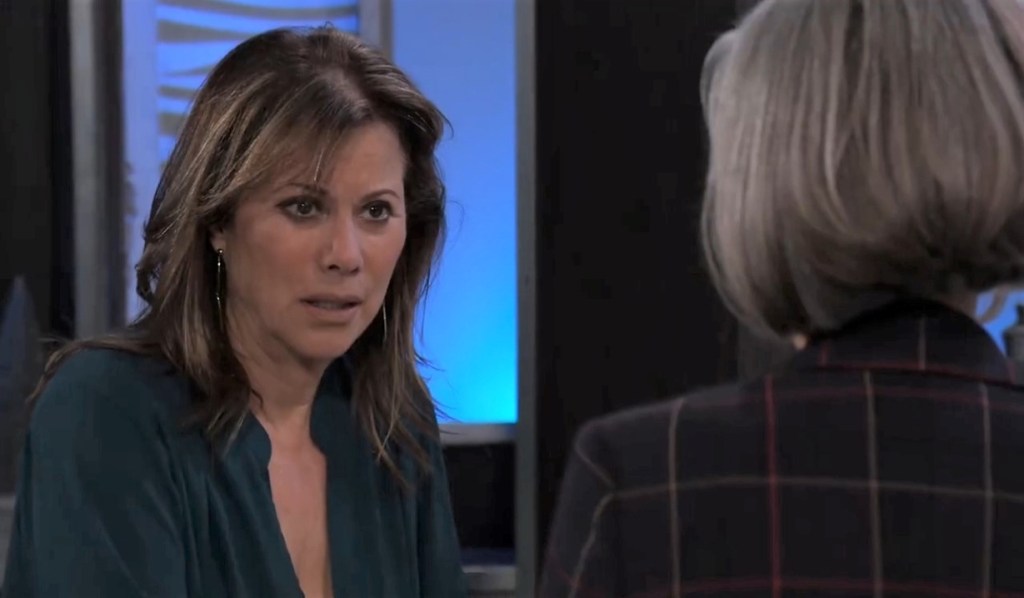 Despite not having been necessarily the best of friends in the past, Sam turns to Carly when she needs someone to confide in. Meanwhile, Alexis places her trust in entirely the wrong person’s hands.

When Dante asks his mom for advice, will what she has to say prove helpful?

Nikolas has a surprise for Ava. But will it be a good or bad surprise?

Remembering a beloved daytime legend, a fighter through and through, taken from us when he was just 56 years old.

Twenty years to the day that we lost David Lewis, Soaps.com pays tribute to the legendary actor who first brought to life Edward Quartermaine. Plus, find out why his co-stars used to want to kill him — you know, in a playful way.

When a beloved daytime drama was cancelled, its fans had salt rubbed in their wounds as the network boss said “only the special soaps are going to survive.” Relive the diss felt ’round the world and dive into a massive photo album full of rare pictures and bittersweet memories.