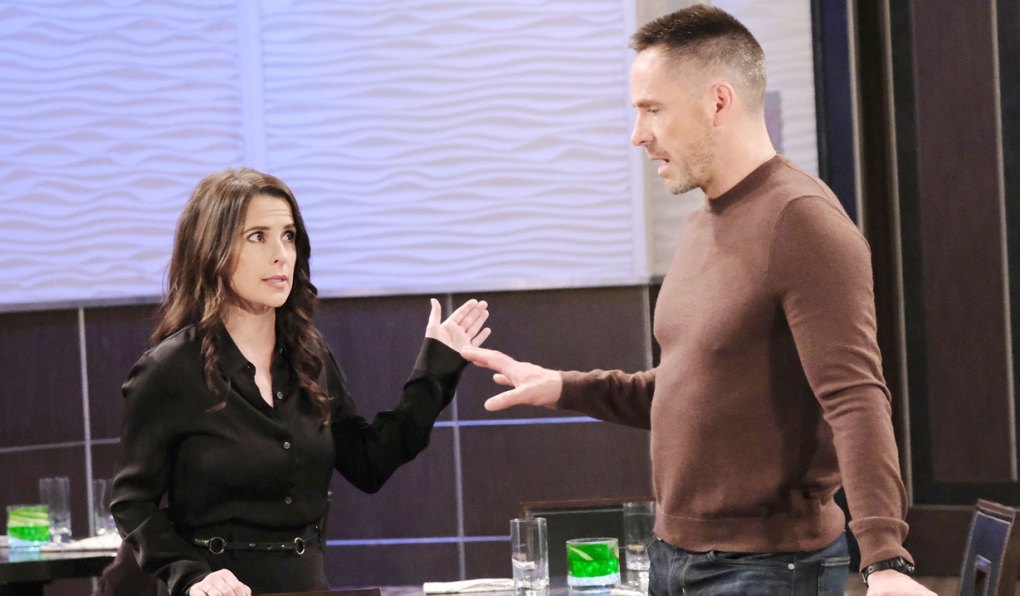 Get your soapy fix with our new General Hospital spoilers for Monday November 23 to Friday December 4. An unlikely duo shares a common goal, one man is left hanging, and a couple who aren’t always on the same page try to align their interests. 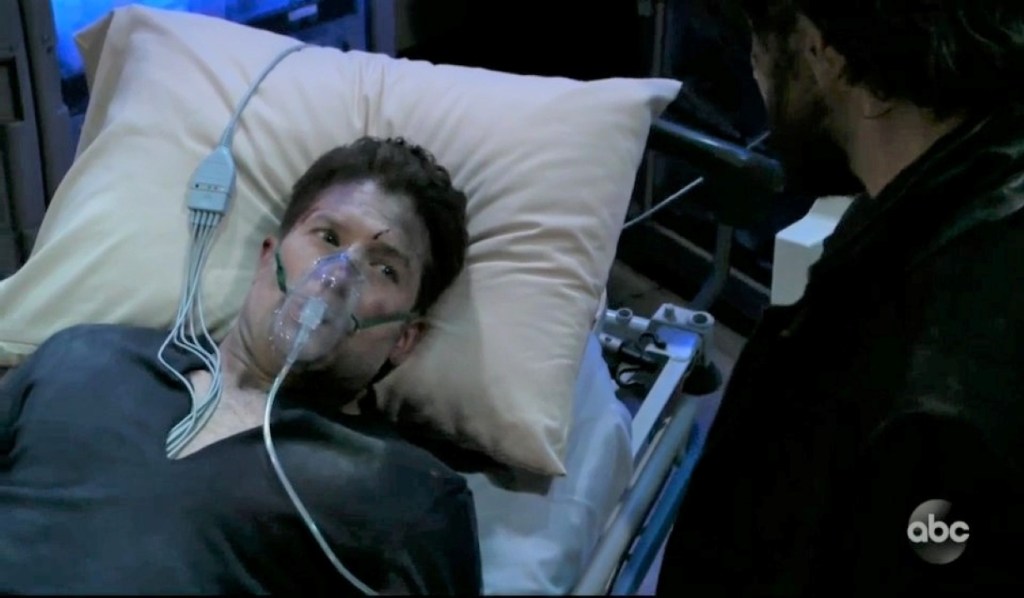 In Monday’s GH recap, the explosion is fatal for Dev and Dustin, Laura confesses to Sonny, and Alexis hears out her family.

There are big things going down in the Corinthos clan. As Carly eagerly awaits news, Sonny deals with something devastating.

Wonder just how awkward things will get when Dante and Dustin find themselves sharing a common goal?

Sam hasn’t had the best relationship with Julian since first the two discovered their biological connection. So perhaps it’s not all that surprising that she opts to leave the guy hanging!

Laura’s been on a mission ever since returning to Port Charles, but she could be derailed when Mac heads her off. 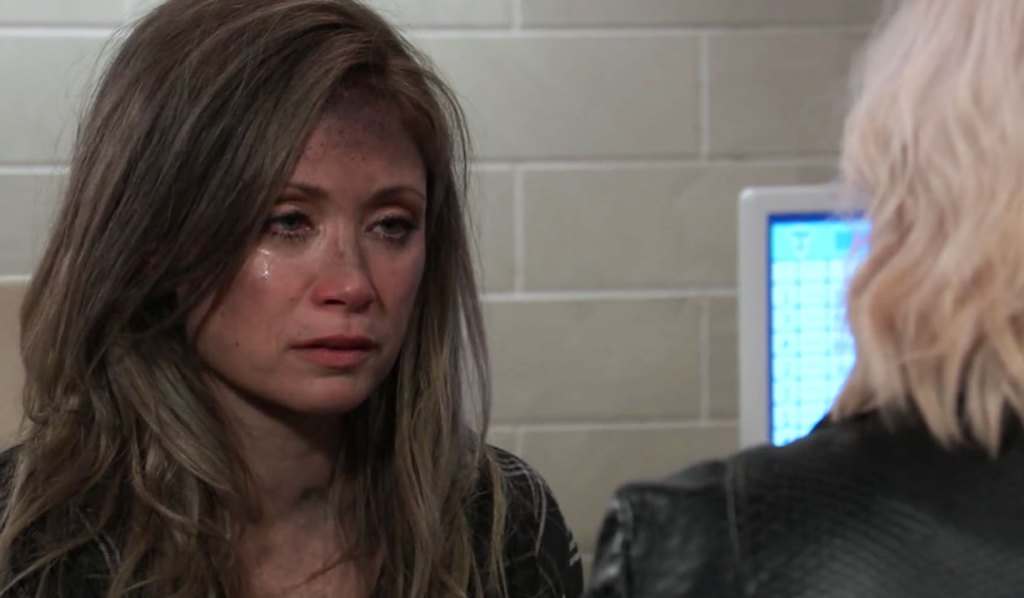 In Tuesday’s GH recap, Lulu collapses after professing her love for Dante, Britt gives up Julian to Sonny and Jason, and Valentin distracts Alexis.

Sam’s spidey sense is tingling when she begins to suspect that she’s not being told everything. Meanwhile, dad Julian pays his sister a visit in order to ask a favor. But will Ava grant it?

Carly does what she can to help Brando, while Maxie goes looking for her Uncle Mac.

Britt is on hand when Brad has a nightmare. 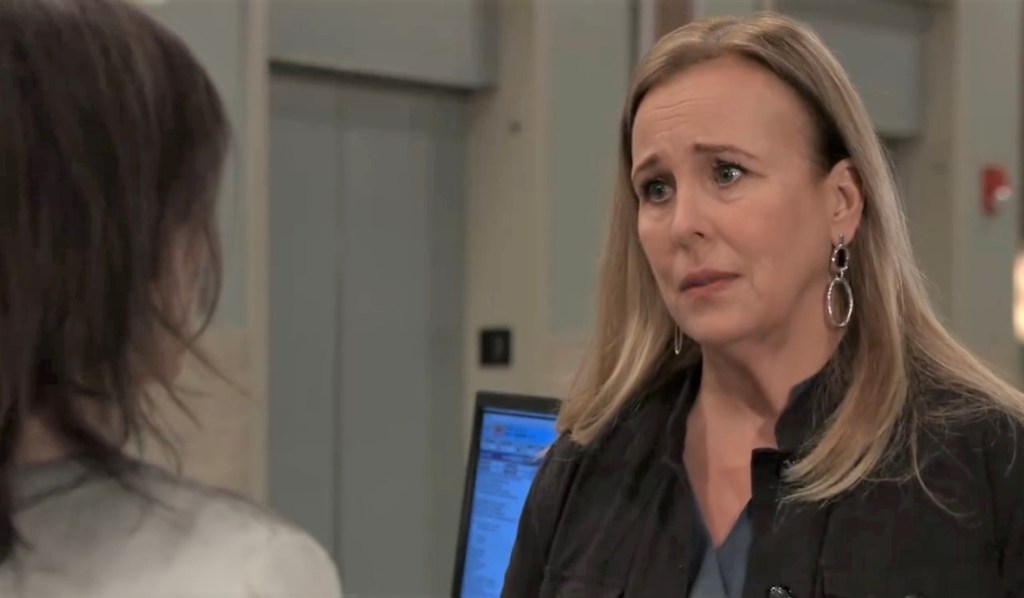 In Wednesday’s GH recap, Lulu’s in a coma, Sam wants to leave the country, and Franco’s out of surgery.

Julian’s never responded particularly well to threats, but he may have no choice when Ava gives him an ultimatum. Meanwhile, his ex-wife, Alexis, is the topic of conversation when Sam and Molly get together. More specifically, the girls talk about their mom’s out-of-control drinking. Will they be able to figure out a way to get Alexis to kick her addiction?

Kevin has to deliver bad news to Laura, while Liz finds herself leaning on Scott for support during a crisis.

Sonny wants what’s best for his family. But what will he have to do in order to secure their future?

The soap will air an encore of its December 23, 2019 episode featuring Finn as Ebenezer Scrooge with A Christmas Carol twist. If you’re in the mood for something new, peruse photos of the stories and stars we’re most thankful for this year — and see if you agree with our picks.

General Hospital will not be seen, due to college football.

On the anniversary of a memorable switcheroo, feast your eyes on photos of characters like One Life to Live’s Todd Manning and John McBain who crossed over to General Hospital — and more. 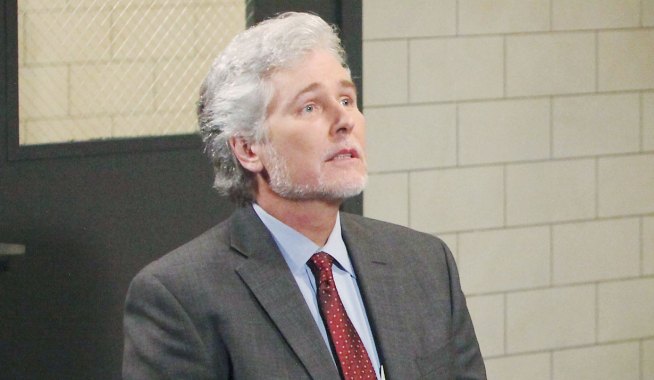 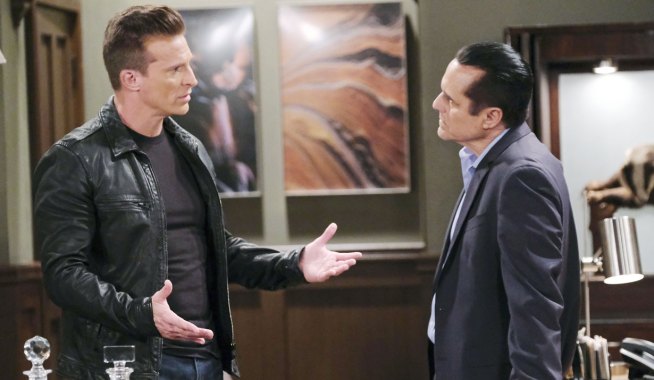