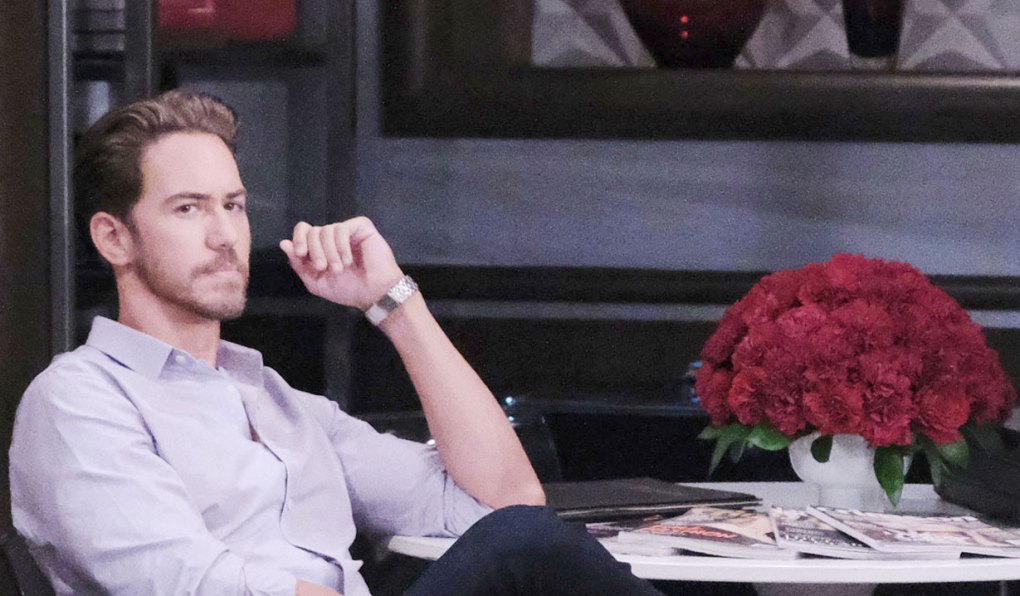 Soaps.com has the latest General Hospital spoilers two weeks ahead. The walls are closing in and Shiloh places a very strange call, as Julian makes a brave choice. While Obrecht goes to Brad with a proposition, someone approaches Laura with one as well.

General Hospital spoilers for the week of September 16:

In this week’s Deconstructing GH, Dustin is lamenting all the secrets with zero consequences, is over the memory mapping mess, enjoying at least one storyline, and appreciating Obrecht’s priceless funny bombs.

Jessica Tuck is back this week as Cassandra Pierce and Bradford Anderson drops in as Spinelli.

In this week’s Soaps Spoiler Digest, the unfaithful & the unhinged, we have new spoilers for all four soaps including Bold and the Beautiful, Days of our Lives, General Hospital and Young and the Restless. 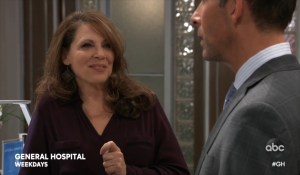 In Monday’s GH recap, Sasha is left in tears after telling Michael she’s not Nina’s daughter, Laura is proud of Lulu, and Kim stops Franco from leaving.

Obrecht requests a favor from Brad.

Laura and Curtis tiptoe around the truth.

In the weekly General Hospital spoiler video, Kim and Franco have sex, and Shiloh gives Willow a cryptic message. 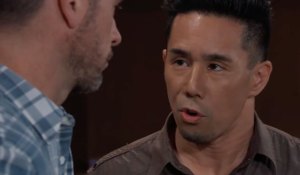 In Tuesday’s GH recap, Laura and Curtis bring Cassandra to the PCPD, Kim and Dranco have sex, and Julian disappoints Brad.

Laura gets an interesting proposition.

Willow sees that Michael is upset.

Kim is a bundle of conflicted emotions

In training! Maura West to run Philadelphia Marathon this fall. 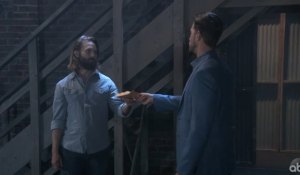 In Wednesday’s GH recap, Elizabeth slaps Kim after learning she slept with Franco and then has him committed, and Shiloh threatens Peter who puts a hit out on him.

Peter wants to wrap things up.

Congratulations to All My Children alum Jessie McCartney who proposed to Katie Peterson over the weekend!

Michael lays out his plan.

Look for Anna Devane to resurface since Finola Hughes is back taping at General Hospital.

Shiloh testifies in his own defense.

Sonny checks in at Kelly’s.

In sad news, former One Life to Live star Phyllis Newman has passed away.

More to come this week…

Franco, as Drew, has sex with Kim.

Cassandra holds Laura at gunpoint at The Haunted Star but the tables soon turn and a gun is held on Cassandra. When she’s brought into the PCPD, Cassandra tempts Laura to team up with her against Valentin.

Look for a familiar face from defunct sister soap All My Children when Michael E. Knight joins General Hospital.