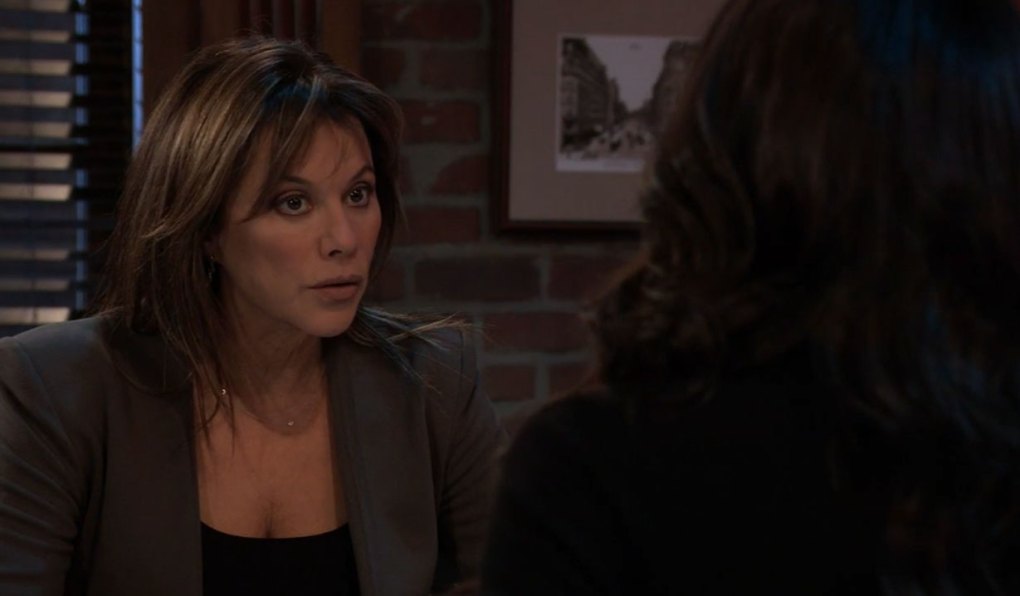 Soaps.com has the latest General Hospital spoilers two weeks ahead. Lucy confronts Ava while Ryan steps back and admires his work. As Peter is forced to go to the Port Charles police station, Anna uncovers the truth. Plus, Jason puts his life in danger…

General Hospital spoilers for the week of January 21:

In the weekly GH Blog, Ryan's storyline has jumped the shark in targeting Carly and Sonny, and there still is a lack of joy in Port Charles.

In Monday's GH recap, Lulu is stabbed, Ryan loses his sight, and Willow makes a confession to Chase.

Ryan takes a moment to gloat.

Kim shares her struggles with Liz.

Sam and Alexis catch up.

Kim places a call to Drew.

Shiloh puts on the charm.

In today's GH Recap: Ryan learns why he went blind, and that Lulu survived the surgery.

Jordan calls Peter to the station.

The Third Annual General Hospital Convention has been announced!

In today's, GH recap, Sam and Jason have sex, Franco and Elizabeth wonder about Aiden, Curtis talks with Marcus about Stella, and Sonny comes to a heartbreaking realization.

Ava stays by Ryan’s side.

Winterfest wraps up with soap alum Trevor Donovan in Hallmark's Snowcoming this weekend.

Julian lashes out at Alexis.

Ava goes to Olivia for help.

Someone close to Laura ends up in grave danger at the hands of Ryan.

While using their book as a guide, and checking off the things to do in Port Charles, Oscar and Joss end up in a dangerous situation by the catacombs. Jason and Sam soon come to their rescue.

Gail’s ‘will’will have an effect on the hospital.

Ryan makes desperate moves to protect his identity - and puts suspicion on Franco.

Griffin copes with Kiki’s death in a dangerous way.

Old feelings between Stella and Marcus could be reignited.

A shocking event in Anna’s life stirs up things for Finn as well as others on canvas.

Willow is emotionally pulled between Michael, Chase and baby Wiley.

Peter and Maxie, as well as Peter and Anna, will be pulled together.