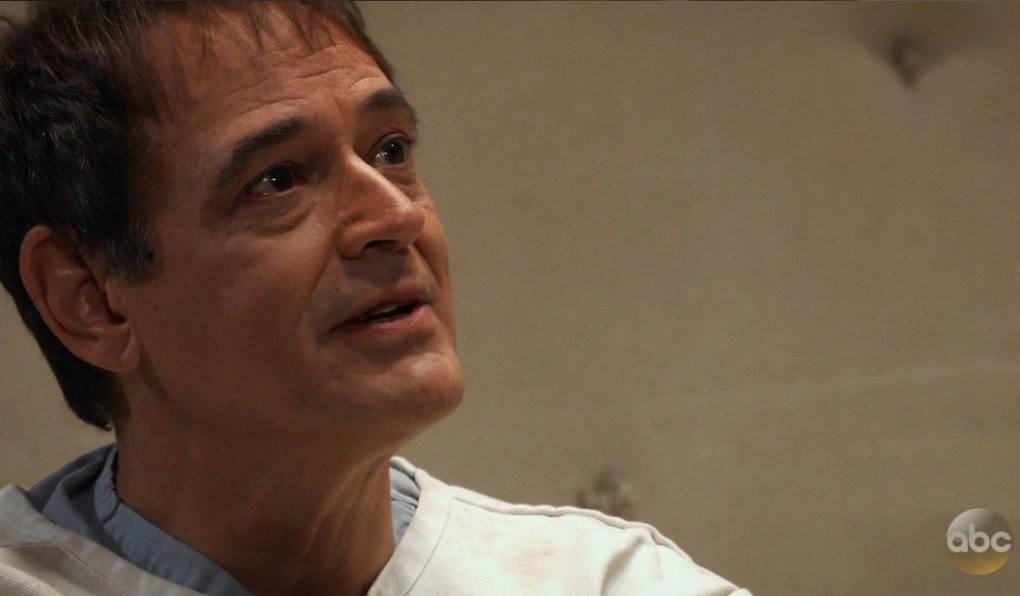 Soaps.com has the latest General Hospital spoilers two weeks ahead, plus a few holiday scheduling changes. The holidays won’t fare well for Kevin, who continues to be a prisoner at the hands of his evil twin, Ryan. Things look grim for Griffin too, as others celebrate Christmas and look back on the past…

General Hospital spoilers for the week of December 24:

In the weekly GH Blog, it was good to see the baby swap storyline finally moving along with the big reveal that Willow is the original Wiley's mother.

Just in... Soap alums in Beverly Hills, 90210 reboot that is being shopped to networks.

In this week's Soaps Spoiler Digest, Christmas mishaps and shocking returns, we have new spoilers for all four soaps including Bold and the Beautiful, Days of our Lives, General Hospital and Young and the Restless.

General Hospital will air a special holiday episode from December 23, 2005.

Fan votes have been tallied! Find out where General Hospital landed in Best and Worst of soaps in 2018.

Briana Nicole Henry's engagement caught on video. Watch as the GH star is surprised by her boyfriend.

General Hospital will not be seen today, due to sports programming.

In Wednesday's GH recap, Nelle tells Obrecht the truth, Ava lashes out, and Joss has a request for Julian.

Lulu shares her findings with Laura.

In the Thursday GH Recap, Ryan is unhappy with a producer's theory about him, and a man from Drew's past emerges.

Kevin gets an unwanted visit.

Laura looks to Felicia for help.

Griffin struggles with his feelings.

Emma reappears in Port Charles for the holidays when Brooklyn Rae Silzer returns to General Hospital.

In the Friday GH Recap: Curtis and Jason discovered another murder as the clock struck midnight on New Year's Eve.

Willow goes on a date with Chase.

Kim reminisces about the past.