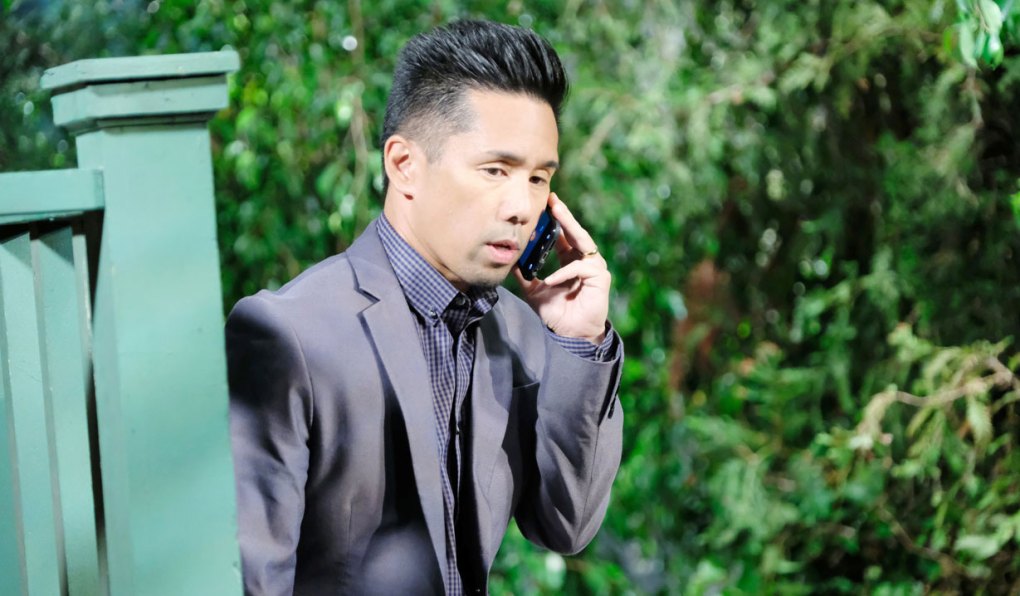 Soaps.com is back with new General Hospital spoilers for next week. Even though there are a few pre-emptions to report, there’s plenty going on in Port Charles. While Oscar makes a special trip to visit Sonny, Kim delivers an update on Nelle – and Julian works to put Brad at ease. However, Ava doesn’t feel at ease at all and finds herself backed into a corner…

General Hospital spoilers for the week of August 27:

In last week’s GH Blog: Mysterious Cassadines and crazy twins had us feeling nostalgic, though that baby swap is a ticking time bomb.

In this week’s Spoiler Digest, custody battles and bloody weddings, we have new spoilers for all four soaps including Bold and the Beautiful, Days of our Lives, General Hospital and Young and the Restless.

In Monday’s GH recap, the Ashfords attend counseling, Sonny doesn’t know what to do about Mike, Ava and Griffin have a fierce argument, and Kristina makes a decision about her future.

Sonny considers his next steps.

Ava feels backed into a corner.

Jordan gets an idea.

In Tuesday’s General Hospital recap: The patient in Ferncliff is revealed, Oscar has a health scare, and Felicia recalls her past with Ryan.

Oscar pays a visit to Sonny.

Kim shares an update on Nelle.

Nina is under distress.

GH’s Carolyn Hennesy is filming In The Swing of Things, a romantic comedy in Jamaica.

General Hospital will air a repeat of its Friday January 26 episode.

This week’s GH Blog looks at LGBTQ+ representation on the soap.

General Hospital will air a repeat of its Monday January 29 episode.

General Hospital will air a repeat of its Tuesday January 30 episode.

Robin is returning to Port Charles as Kimberly MucCoullough returns to GH this fall.

General Hospital spoilers for the week of September 3:

General Hospital will air an encore of a special tribute episode on Monday September 3, as part of 2018’s soap opera Labor Day pre-emptions.

Lulu tells Felicia The Intruder is planning to do an anniversary story on Ryan Chamberlain’s crime spree.

Major trouble is ahead for Kevin and Port Charles.

Maxie is there to support Nina.