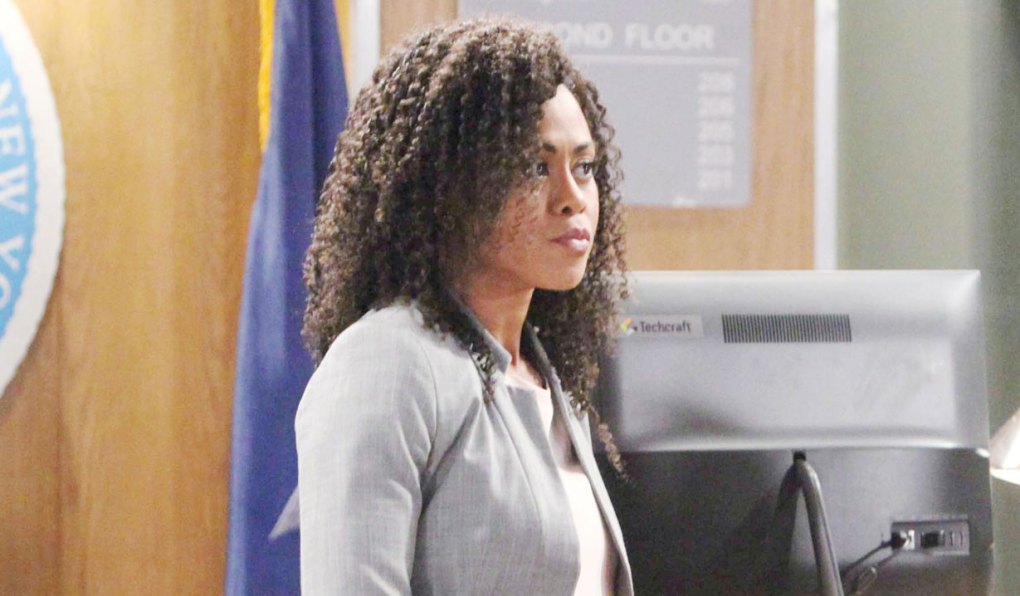 Soaps.com has the latest General Hospital spoilers for the week ahead. A grand gesture is made by one while another refuses to offer help. Nelle is still up to her old tricks and continues to taunt many in Port Charles. Plus, Ava strong-arms her way through a situation, and Jason makes plans to meet up with the new DA…

General Hospital spoilers for the week of August 6:

In last week’s GH Blog, the baby swap happened, which was not a schock, but Joss’s takedown of Nelle was epic.

In this week’s Spoiler Digest, confronted, committed, and consequences, we have new spoilers for all four soaps including Bold and the Beautiful, Days of our Lives, General Hospital and Young and the Restless. In Monday’s GH recap, Ava asks Julian for a favor, Michael makes a discovery, and Sonny puts pressure on the PCPD.

Ava is inspired by Julian’s actions.

Grey’s Anatomy Chandra Wilson to guest on GH as a therapist helping Jordan, Curtis and Stella. Nelle taunts those around her, as Chloe Lanier leaves GH.

Scotty does his best to reason with Dr. Bensch.

Griffin is moved by Ava’s concern for Kiki.

In this week’s GH spoiler video, Griffin and Kiki’s bombshell secret could be blown wide open at the Bensch trial…

Kiki prepares for her trial.

Leif Gantvoort joins General Hospital as the man in charge of kidnapping Finn and Anna.

Look for Briana Nicole Henry to take over the role of Jordan on GH in the near future.

Oscar looks to drew for advice.

DVR Alert! Watch a husband and wife duo star in Hallmark’s Love at Sea this weekend.

Finn and Robert go in search of Anna.

Jason is put on notice by Margaux.

Time’s running out for Valentin.

Kiki anticipates the trial ahead.

Cameron goes along with Josslyn.

Alexis is forced to swallow her pride.

Jason sticks up for Sonny.

Drew goes to Curtis for advice then finds common ground with Margaux.

Coming up on General Hospital in August and onward:

Laura is heading back to Port Charles since Genie Francis is officially returning to General Hospital.

Recast alert: Since Vinessa Antoine has left GH, the soap will be recasting the role of Jordan.