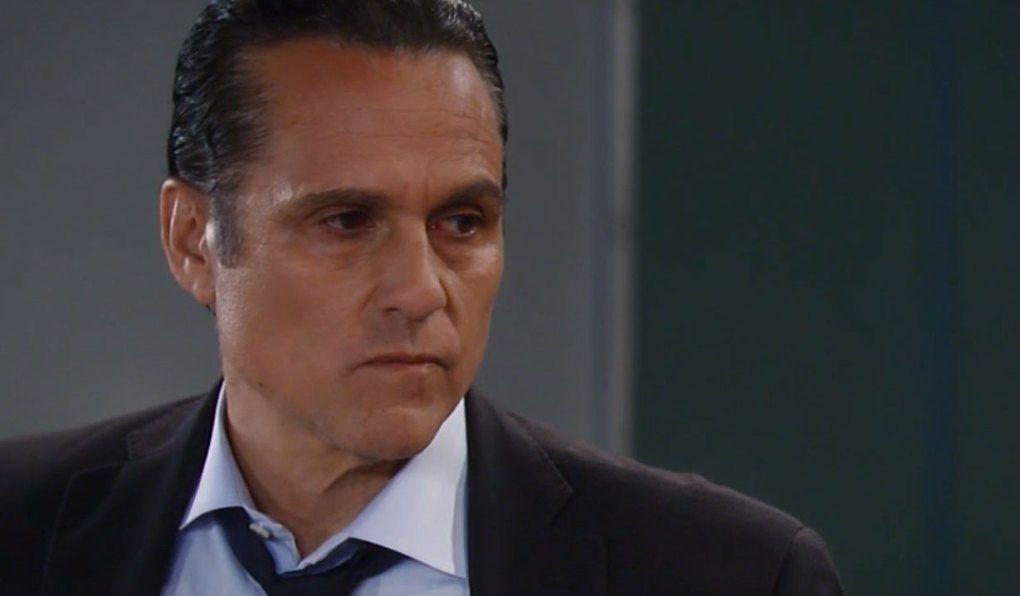 Soaps.com is back with the newest General Hospital spoilers. While Sonny feels as though he’s lost control of a situation, Michael faces disappointment, and Josslyn becomes furious. Plus, two people pay a special visit to Ferncliff, as someone else looks for answers…

General Hospital spoilers for the week of July 30:

In last week’s GH column: Carly and Nelle’s stories served up great cliffhangers, Peter and Nelle are on similar paths, and concern for Brad and Lucas’s baby.

Kim urges Julian to live in the moment.

Jason arrives in the knick-of-time.

Check out the General Hospital Fan Club event and reunion photos from the past weekend.

In Tuesday’s GH Recap: Nelle offers Brad her child after his and Lucas’ dies, Sonny is reunited with Carly, and Finn agrees to help Robert find Anna.

Genie Francis returns to General Hospital after being dropped to recurring and not airing for months as Laura Spencer Collins.

Jordan heads to the PCPD.

Finn is all in.

Margaux stumbles upon an interesting piece of information.

View 31 stunning All My Children & One Life to Live reunion photos from last Friday’s event.

In this week’s GH spoiler video, Ava sees something shocking and things will never be the same in Port Charles.

In Wednesday’s GH recap, Michael says goodbye to the baby, Carly reunites with Joss, and Chase blames himself.

Carly has her doubts.

In Thursday’s GH Recap: Michael drops a bomb on Nelle, Carly learns of the baby’s death, and Nelle makes her escape.

Sam and Curtis pay a visit to Ferncliff.

Finn is backed into a corner.