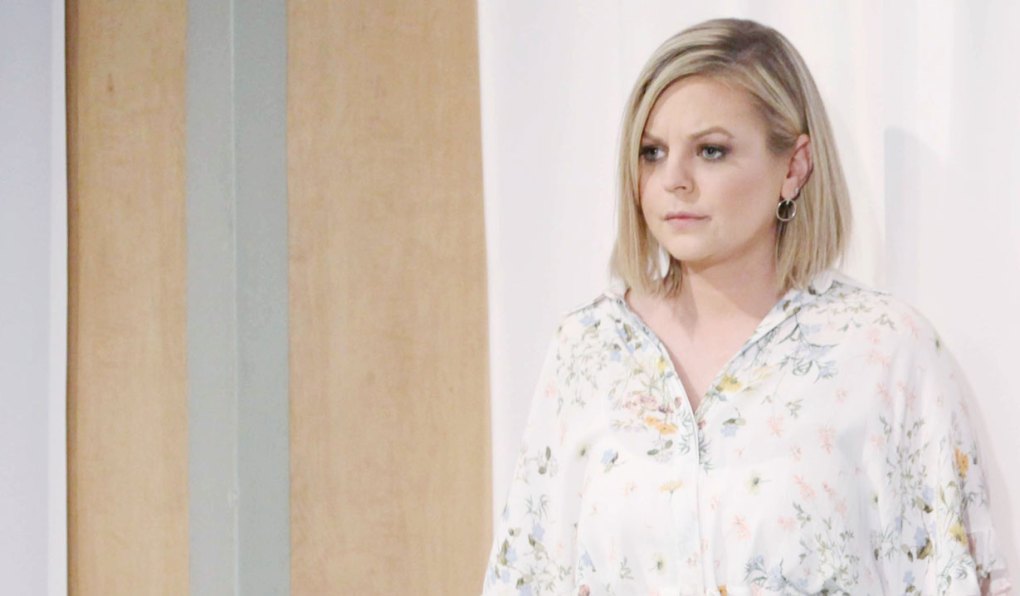 Soaps.com has new General Hospital spoilers for the week ahead. While Sonny can’t understand how his current situation got so out of hand, Finn has reason to worry as well. Things aren’t all bad in Port Charles… Drew receives a gift, and Ava hands out well wishes. However, someone could be making the mistake of their life when they confide in the wrong person.

General Hospital spoilers for the week of July 23:

In last week’s GH blog, fans are excited about Drew and Maragaux, while Peter and Nelle’s current stories seem to be entering their endgames.

In Monday’s GH recap, Peter is rescued and talks to the cops, Nina is questioned, Kim and Julian clarify the status of their relationship, and Joss is turned down by Oscar.

Finn has cause to worry.

Nina wonders about a sudden stroke of luck.

In this week’s GH spoiler video, Jason holds Mary Pat at gunpoint, as Carly and Michael’s lives are at risk.

In Wednesday’s GH recap, Michael and Chase get Nelle where they want her, Sam has some surprises for Jason, and Cameron helps Oscar with Joss.

Carly can’t make heads or tails of the situation.

In Friday’s GH Recap: Michael and Nelle face danger after Nelle admits her crimes, Jason and Franco break into Ferncliff, and Robert returns.

Sonny tries to understand how things got so out of hand.

Maxie and Nina have a heart to heart.

Nina and Obrecht won’t get away with kidnapping Peter, which will affect various characters as the PCPD pursues justice.

Michael is able to trap Nelle.

The baby Lucas and Brad plan to adopt is a boy.

There’s a fallout for all passengers involved when Michael and Nelle hit another car.

We may have seen the last of Nelle, as Chloe Lanier is leaving GH.