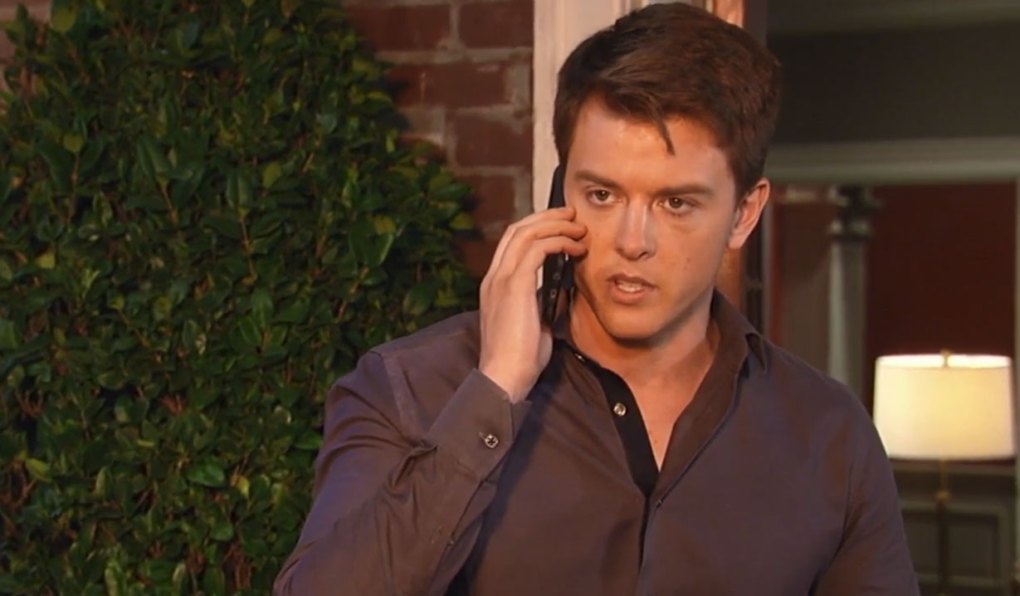 Soaps.com has a fresh batch of General Hospital spoilers for next week. Even though something has Nina up in arms, Valentin continues on his quest to make things right. As one person tells a little white lie, another learns the truth. Plus, Lucy has plenty to worry about in Port Charles…

General Hospital spoilers for the week of June 25:

In Monday’s GH recap, Nina accuses Valentin of blackmailing her, Obrecht has a new plan for Peter, and Jason is cornered. Sam thinks fast on her feet.

Maxie looks to Jordan for advice.

Soaps Roundup: A look back at what happened last week in the General Hospital storylines.

In Tuesday’s GH recap, Carly gets a surprise, Dante gets an idea, and Nelle hunts for her perfume.

Michael gets a stern warning.

Drew goes all out for Oscar.

Actress Deanna Lund has died at 81. She had parts on General Hospital and One Life to Live.

Kiki refuses to back down.

In Thursday’s GH Recap: Dante leaves Port Charles to join the WSB, Michael works to convince Nelle they belong together, and Bensch tries to hire Scott.

Scott gets an offer he can’t refuse.

Lulu gets a second chance.

Reports are coming in that Chloe Lanier is exiting GH as Nelle Benson.

Keep an eye out for One Life to Live alum (Sam Manning) Patrick J. Gibbons on GH.

In the GH Recap: Liz is shocked that her childhood boyfriend is now a woman, Franco asks Drew to be his best man, Peter has delusions, and Kevin cautions Carly.

Jason and Spinelli catch a break.

In an interview Dominic Zamprogna talks burnout on GH and new series.

DVR Alert! Watch All My Children alum Cameron Mathison in A Summer to Remember next month on the Hallmark Channel.

Lulu focuses on her career and damaged friendship with Maxie.

Carly receives another visit from Sonny.

Dante is reassigned to the WSB and leaves Port Charles in search of Raj since Dominic Zamprogna confirmed his GH exit.

Wattpad And Webtoon Merge Studios With $100 Million In Financing