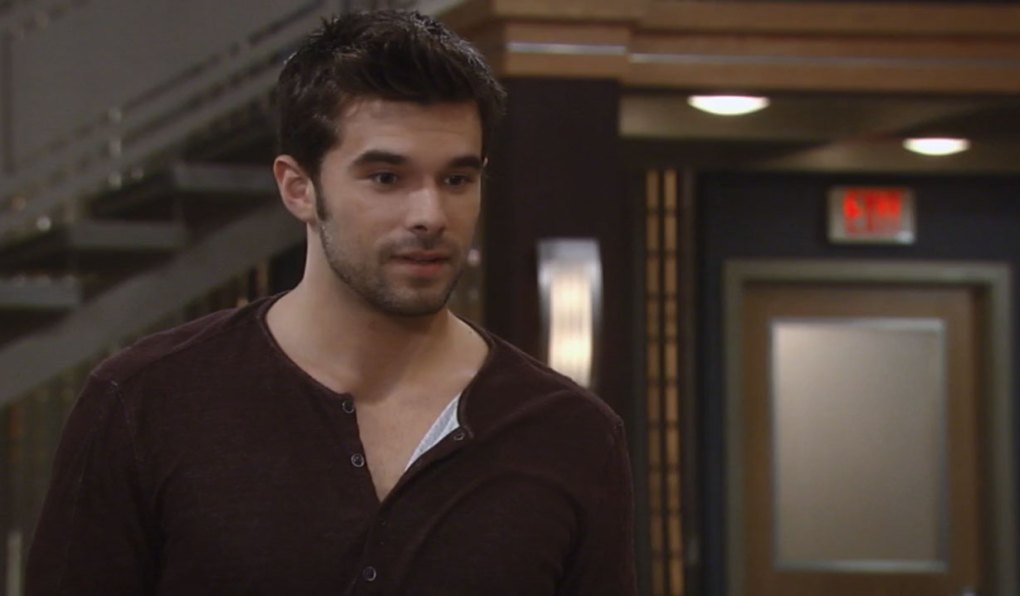 Soaps.com has a new set of General Hospital spoilers for the week ahead. Though Peter tries to make things right, Obrecht has no plans of getting caught in the crossfire. However, Chase finds himself at the end of Dante and Michael’s frustration, and Valentin ends up frustrated as well when his grand, romantic gesture falls flat. Let’s just say, Nina has had enough…

General Hospital spoilers for the week of June 18:

Last week’s GH column argued for a return to core characters and classic families given the onslaught on newbies on the soap.

In Monday’s GH recap, Nina looks for the flashdrive, unaware that it is nearby, while Curtis and Jordan try talking Stella around, and Sonny tries to get details out of Mike.

Take a look at the loving photos of GH stars honoring their dads on Father’s Day. Sonny and Mike are interrupted.

Peter continues to plead his case.

In Tuesday’s GH recap: Nelle and Chase’s version of their past differs drastically and Jason keeps an eye on Carly.

Nelle reflects on her past.

Franco catches up with Kevin.

In this week’s GH spoiler video: Jason works to rescue Carly from Ferncliff, as Sonny gives the new Port Charles DA a piece of his mind.

In Wednesday’s GH recap, Nelle’s scheme backfires, Ava learns what Bensch did, and Alexis asks Julian for a favor.

Kiki worries all will be for naught.

In Thursday’s GH Recap: Another victim of Bensch’s comes forward, Finn has words with Valentin, and Sonny presses Mike about Croton.

Carly fears nothing will ever be the same again.

Sam and Curtis hit a dead-end.

Coming up from SOD

Nelle orders flowers to be sent and claims they are from Chase.

Jason is exposed and kicked out of Ferncliff.

Joss struggles with her emotions.

Someone surprises Lulu with a visit.

Alexis receives an update from Scott.

Alexis removes herself from Kiki’s case.

Jason receives some help from Sam.

Spinelli and Jason catch a break.

Julian agrees to go to one of Alexis’ therapy sessions after learning Alexis knows the identity of Brad and Lucas’ baby’s birth mom.

Though Mike’s condition worsens, he reveals more of what happened at Croton to Sonny, who sets out to get to the bottom of the situation.

Drew may find answers about his past that he’d rather have stayed hidden.

Kim and Julian continue to spend time together but will face obstacles that involve others who they want to be with.

Dante may be leaving Port Charles behind since Dominic Zamprogna confirmed his GH exit.