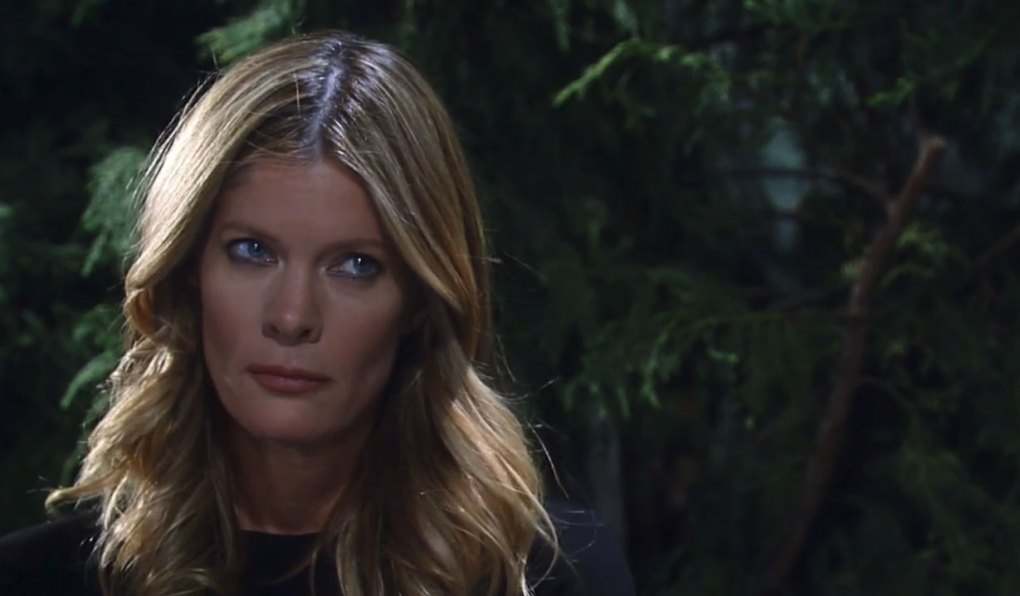 Soaps.com has a fresh batch of General Hospital spoilers for the coming week. Just as Anna takes a step back and relaxes a bit, Nina comes across something unnerving while Valentin refuses to accept his fate. Things aren’t looking good for Carly either – she can’t even trust her own instincts, but can Sonny trust what Mike has to say when he opens up to his son?

General Hospital spoilers for the week of June 11:

In last week’s GH blog, the onslaught of evil characters always winning is getting frustrating.

In this week’s Spoiler Digest, paternity problems, proposals, and old memories, we have new spoilers for all four soaps including Bold and the Beautiful, Days of our Lives, General Hospital and Young and the Restless.

In Monday’s GH recap, Carly is sentenced but Nelle’s celebration is short-lived, while Anna and Finn have sex and Peter tests Obrecht’s patience.

Anna lets her guard down.

Peter sees an out.

Soaps Roundup: A look back at what happened last week in the General Hospital storylines.

Julian has a lot to prove.

Kim prepares for a big night.

Jason and Sam meet for coffee.

In Wednesday’s GH recap, Carly is forced to take ant-psychotics, Ava and Franco learn of Kiki’s situation, and Nina asks for a divorce.

Franco is full of surprises.

Jason looks for a way in.

John Stamos’ visit to General Hospital has sparked rumors that Blackie Parrish could return to the show.

Carolyn Hennesy cast on USA’s Suits. Find out what her role on this legal drama will be.

In Thursday’s GH Recap: Bensch snaps a photo of Kiki and Griffin, KEvin and Alexis discuss her family troubles, and Jason gets a job at Ferncliff.

Mike opens up to Sonny.

Oscar is touched by Drew’s confession.

Kevin is questioned by Carly.

Though Mike’s condition worsens, he reveals more of what happened at Croton to Sonny, who sets out to get to the bottom of the situation.

Jason is consumed in a few precautious situations while trying to clear Carly’s name.

There’s a chance Jason will be exposed.

Carly is hauled off to Ferncliff but later sees a glimmer of hope.

Drew may find answers about his past that he’d rather had stayed hidden.

Kim and Julian continue to spend time together but will face obstacles that involve others who they want to be with.

Franco suggests that more of Liz’s family take part in their wedding, which leads to issues neither prepared for.

After Liz and Franco set a fall wedding date, he heads off to locate Liz’s sister Sarah.

Chase’s connection to some surprising Port Charles residents will be revealed – for one, Nelle.

Valentin is put on notice by Finn.